Reparations as a Construction Project

An interview with philosopher Olúfẹ́mi Táíwò on his climate justice-centered framework for ‘remaking the world.’ -- "What I hope is becoming clearer as the climate crisis accelerates is that you actually can’t buy a new ecology.” 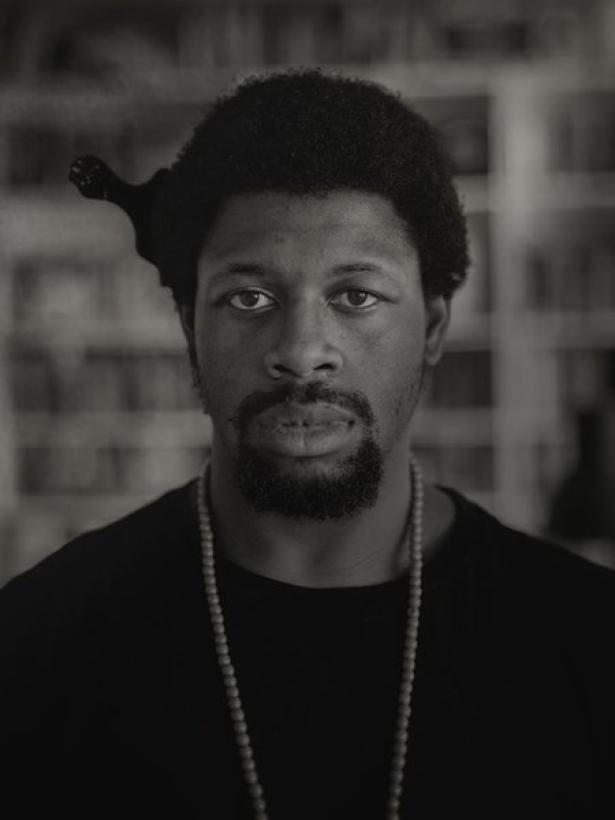 With his first two books out this year, you might call Olúfẹ́mi Táíwò a philosopher of the moment.

But the Georgetown University assistant professor is laying out a firmly future-oriented vision that reframes reparations for the trans-Atlantic slave trade and colonialism as a forward-looking climate justice project. Making reparations, he has said, “means remaking the world.”

“No mere intellectual or even spiritual appreciation of the weight of history will protect New Orleans from future hurricanes—canals have been dug, levees constructed, seawalls erected,” he writes in Reconsidering Reparations. “Whether we want to undo what has been done (e.g., destroying or altering levees) or do something else (e.g., ‘managed retreat’ from the waters), we will have to execute either choice with hands, feet, and shovels—not with recognition or symbolism.”

ith his first two books out this year, you might call Olúfẹ́mi Táíwò a philosopher of the moment.

But the Georgetown University assistant professor is laying out a firmly future-oriented vision that reframes reparations for the trans-Atlantic slave trade and colonialism as a forward-looking climate justice project. Making reparations, he has said, “means remaking the world.”

“No mere intellectual or even spiritual appreciation of the weight of history will protect New Orleans from future hurricanes—canals have been dug, levees constructed, seawalls erected,” he writes in Reconsidering Reparations. “Whether we want to undo what has been done (e.g., destroying or altering levees) or do something else (e.g., ‘managed retreat’ from the waters), we will have to execute either choice with hands, feet, and shovels—not with recognition or symbolism.”

But what I hope is becoming clearer as the climate crisis accelerates is that you actually can’t buy a new ecology, and people at the individual or household level can’t buy levees. We can’t individually buy public transportation and infrastructure. These are all collective projects that we have to invest in. But if we tell the political story about why we aren’t investing in them, we’ll end up at a level of practical inequality that exists between the haves and have-nots, right? It’s not that individually we could go to the store and buy a subway system, but the people that own car companies have such a large [concentration] of political power, which has to do with this large disparity of economic power, which we really could upset by redistributing money.

Q: This view is concerned with outcomes, actually improving material conditions in people’s lives. Dealing with the world as it is, what is the tension between achieving the outcome we need and making the process as participatory as possible?

Táíwò: We all would agree that there are particular situations in which improving a process might not help, or might actually hurt, the goal of producing a certain kind of outcome, and vice versa. There might be ways of pursuing a certain outcome that come into conflict with procedural goods, like good representation. We are not so much asking which of those, as a free-floating abstract category, is more important—outcome or process—but rather we’re trying to design an ecosystem.

We’re trying to create the conditions where the kinds of processes that are possible and the kinds of outcomes that we want are aligned. This does involve putting a certain kind of priority on outcomes, but not as something that we single-mindedly focus on instead of trying to get the process right, but as a constraint, as a condition of whatever processes you’re willing to accept. If we say what we want is secure and resilient energy access for everyone, then we start with that as a constraint and then ask, of all of the possible processes, the possible political ways of getting everybody resilient energy access, which are compatible with our broader set of values?

If everybody had, for example, a basic income, it would be a lot harder to get workers to agree to exploitative and abusive working conditions than it currently is. It would be a lot harder to organize the entire material and political apparatus of a country in ways that reflect the needs, wishes, and desires of its most powerful people, rather than everyone who lives in that society. It is true that unconditional cash transfers would be hugely politically meaningful, but it’s not because the only thing that stands in between us and the world we want to live in is the presence or absence of a check in the mail.

Q: This reminds me of the Climigration Network, which is interested in the question of how people will move out of harm’s way. But instead of trying to convince communities to undertake “managed retreat,” they’ve been co-creating a new approach that gauges desired outcomes first, and goes from there.

Táíwò: It definitely exemplifies the ideas I’ve been talking about, the connection between this constructive approach to politics with self-determination. One sense of construction is that there are people out there who have the answers, yet they [only] come to the community, if at all, to get permission to implement them. But there’s another way of looking at it, which is that construction should be a thing that we are doing. “We” doesn’t just mean people with particular technical expertise. But that’s the right way to understand what freedom is and what genuine democracy beyond just occasionally casting a ballot is.

Q: You discuss how this formulation of reparations doesn’t necessarily discriminate, in terms of distributing benefits only to those harmed by the slave trade and colonialism, as well as some others. Should it?

What I’m trying to avoid papering over is that there are genuine tradeoffs to looking at this issue in a different way. We can’t have our cake and eat it, too. We have to decide which aspects of racial justice are most important to us. Part of what I try to argue in [Reconsidering Reparations] is that if you want the reparations that are genuinely going to change the world in a durable way, I don’t know how reconcilable that is with the reparations that strictly assign different people different roles based on their current racial identity.

Q: In your other book, Elite Capture: How the Powerful Took Over Identity Politics (And Everything Else), you make the point that elites did not design our current sociopolitical system but are instead generated by it.

Táíwò: One of the things I’ve been really struck by in studying colonialism, particularly the last 500 years or so, that created the planetary-scale system of politics and economics that we have now—which is capitalism or racial capitalism or global racial empire, whatever we’d like to call it—there just isn’t a group of people creating that system in the sense that an architect sits and plans out a building. The system is entirely too large, too complex. Its parts are too unpredictable for that to genuinely be achieved. Now, of course, people have come disturbingly close to doing at least something like a job of planning at that scale.

The Berlin Conference of 1884-1885 comes to mind as an example where European empires made this “gentleman’s agreement” about how each of them was going to economically exploit an entire continent. But the more you delve into how these politics actually play out, whether we’re talking about the Berlin Conference or the Bretton Woods Conference [of 1944], it is that the difference between elites, the most politically powerful segment of the population, and the rest of us is one of degree more than it is of kind. The world system that we have is much more responsive to what the Queen of England thought in the mid-twentieth century than it was to your average cocoa farmer.

But beyond that, there is no plan, right? There is just the reality of contest at small scales, scales as small as a cocoa farm, and large scales, as large as the British Empire. We can’t actually find some people who are making the entire world go as it goes and just prevail upon them to restructure it. Perhaps that’s a little bit of a bummer, but also it means that the difference between the people who exert that kind of planetary scale influence and us is just [a matter of] scale. If we make ourselves larger by, say, combining into organizations like workers unions, debtors unions, and all those kinds of things, we can do the exact same things that they’re doing.

Táíwò: There’s only a meager step to complain about because for years organized student debtors and organized debtors of many other kinds very diligently and very stubbornly clung to the idea of changing our education system. On the one hand, I totally agree that it’s far from adequate and far more needs to be done. Any structural view worth its soul would come to that conclusion, but this is often what it looks like to change major systems. This is something I talked about in the book. Even something as large and locally apocalyptic as the Haitian Revolution—one of the greatest acts of political rebellion in human history, if not the greatest—even that accomplished removing a corner of the global system of racial slavery from one part of one island.

I think something similar about the Inflation Reduction Act. It is very substandard and even harmful in a lot of ways. It extends the life of the fossil fuel industry. It doesn’t do nearly enough to provide funding for renewable rollout or political control over that renewable rollout for communities.

There just is no other truth to politics. There’s no other way that this could work. Our move from here is to figure out what in the Inflation Reduction Act and the world beyond the Inflation Reduction Act are political opportunities to increase the level of power on the side of people who are actually fighting for climate justice and contest the power that fossil capital has. That’s the only way that we can make tomorrow’s legislative act have a different outcome than today’s, and politics will never be different from that.

Q: Do you think that it ever has been?

Táíwò: No, not once. All of hitherto existing history has been that of class struggle.

The Progressive was founded in 1909 to be a voice for peace, social justice, and the common good—but we’re not resting on our laurels. For more than 110 years, The Progressive has been on the frontlines—advocating for peace, gender and racial equity, fair labor practices, environmental safeguards, and keeping elected officials and corporations in check. We don’t rely on the billionaire class to fund the type of hard-hitting journalism we set out to do.  Rather, we depend on people like you. Reader support makes up more than half of our budget, Your support allows us to dig deep on the stories that matter most.

If you value what you get from The Progressive, please join us and make a tax-deductible donation today so we can continue producing a high-quality print magazine, daily web stories and columns, and other important work, including helping to train new generations of journalists!  Donate