tv Atlanta Drops Its Most Daring Episode Yet

A B.A.N. documentary tells the story of the Blackest movie ever made 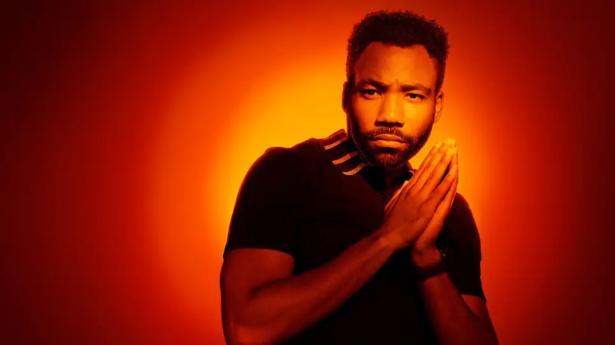 Atlanta has already proven that it can pull off any concept or format change it damn well pleases, but this week takes its chameleonic strengths to a whole other level. If you’ve come to this recap without watching yet, please go watch it now, because this, like “B.A.N.” and “Teddy Perkins,” is one of the episodes to experience with as little knowledge as possible. “The Goof Who Sat By The Door” is Atlanta’s most daring and thematically-impressive episode yet, as it creates a revisionist history for the Blackest film of the Disney Renaissance.

For everyone who didn’t previously know that the Black community claims A Goofy Movie, here’s an article laying out all the details that resonate with Black millennial fans (and an academic paper). For anyone who’s about to comment, “Why bring race in? It’s a cartoon,” here’s an interview that touches on why kids of color have historically glommed on to Black- and POC-coded characters when there weren’t any actual cartoons with characters of color. Read those and internalize that Goofy being subjectively Black makes many people happy and hurts literally no one. That’s all the hand-holding I’m going to do. Goofy and Max are Black; let’s move on.

The best horror movies to watch on Amazon Prime Video

The Goof Who Sat by the Door (Season 4, Episode 8)

Though there have been articles about the Blackness of A Goofy Movie, it’s still a subject that mostly lives within Black online circles. Instead of just including it as a joke and a nod, or even a catalyst for a character’s episode arc, like the “Crank Dat Killer,” Glover, who directs this faux-doc, and writers Francesca Sloane and Karen Joseph Adcock use expert storytelling to make this behind-the-scenes look at how Disney produced something so Black at a time where all-white animation teams were first awkwardly trying to introduce diversity into their films.

If it wasn’t for the return of the Black American Network, I would’ve thought that I’d somehow turned on the wrong show. There have now been several episodes of Atlanta that haven’t featured a single member of the main cast, but “Goof” sticks with an extremely Black subject that calls back to the show’s first standalone episode, season two’s coming-of-age piece “FUBU.” The faux-doc is a brilliant homage to the format, with Glover building a very serious piece of work about an alternate reality where Disney had its first Black CEO. The only connection to Atlanta is the literal city as Thomas “Tom” Washington’s (Eric Berryman) hometown, and it’s not outwardly trying for laughs, with the humor coming through within the details. “Goof” is such a huge leap, but it works so well within the show as a whole and season 4’s theme of reckoning with legacy and power once an artist gets a taste of success.

Tom Washington’s story is heartbreaking in a very familiar way, and it reminded me of other docs about Black luminaries who dealt with mental-health struggles and substance abuse issues. It’s also just a classic nerd story, starting with Washington being bullied by his peers and struggling with not fitting in (that too-common moniker of “acting white”). He finds his joy in cartoons, and eventually goes to art school to become an animator. No one really understands him but his professors, who see his potential in his student projects like The Lil’ Prince (actually featuring Prince) and a series of Goofy portraits in the same vein of the “Damn, you live like this” meme (which later gets a shoutout). Eventually, he gets a job at Disney, where he probably would’ve had a career similar to Floyd Norman if a bunch of white men paid more attention to Thomas vs. Thompson.

The arc of Washington’s life plays out very realistically, except for Washington getting into the CEO seat in the first place. Once he does, his office at the Disney lot becomes the Black gathering ground of Hollywood, as he begins his journey to turn A Goofy Movie into a tale of Black acceptance and liberation told through a bond between a father and son. The explanations of Washington’s vision for the film are wild (the heart of what Black people love about the film is there, but the map as the Green Book is a bit of a stretch), and eventually he becomes obsessed, making illustrators redraw daps until their fingers bleed and sending white animators to cookouts where they’d get their asses beat. And he still had to deal with the Disney machine, who wanted to put “that white boy” Mickey in the film.

This faux-documentary about a man who never existed also builds a lot of empathy for the subject by bringing in Washington’s family to round out his character. They’re able to speak to the sides of the man who the white Disney employees didn’t know, and the differences in the ways they respond to his jokes and the cultural details bring half the episode’s comedy. It’s also lovely how the relationship between he and his son mirrors Goofy and Max, solidifying the thought that the movie is a love letter from father to son. This also makes his slow unraveling from corporate and community pressure even sadder, especially once we get to his filmed breakdown and the recounting of his broken Goofy laugh.

Get your no-fail, must-read guide to the latest and greatest in TV, music, and movies delivered right to your inbox, just like the stars do!

In the end, Washington was pushed out of his role, and The Goofy Movie of Atlanta lore matches the real-life version, Bigfoot scene and all. To be fair, ending the animated kids film with the Get Out alternate ending would have been a bad call, but I really wonder how much his version would have been different, or what other projects he would have worked on if his car didn’t end up at the bottom of a Burbank lake. “Goof” and last week’s installment, “The Snipe Hunt,” are the types of episodes that leave you sitting quietly in thought instead of choking on laughter, and Atlanta will go down as one of the best shows of the early twenty-first century because it can deftly deliver on both comedy and drama. I’m excited to rewatch and sit with this episode for a long time, enjoying the Blackest documentary about the Blackest movie of all time.