Lauren Speed-Hamilton, who found love on Season 1, says 85 percent of the ‘Love Is Blind’ couples are “forced.” 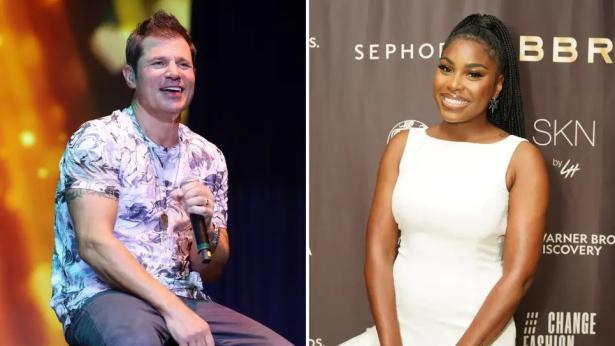 On Netflix’s deranged hit reality show, co-hosts and weirdo couple Nick and Vanessa Lachey insist that “love is blind.” But after the October premiere of its third season, it appears love, at least on this particular show, may also be a middle-aged white lady who, finger quotes, doesn’t see color.

Last month, after audiences watched a number of absolute strangers propose to each other sight unseen, Season 1 contestant Lauren Speed-Hamilton had some words for the show’s producers regarding its diversity baiting. “I don’t like how LIB be cutting all the black women. How come they are always in the trailer but not the show,” she tweeted. “I know it’s slim pickings but about 85% of them couples be forced (just moving forward for entertainment purposes) anyway. Y’all could at least force some more sisters to move forward throughout the show.”

On Wednesday, in an interview with Entertainment Tonight, Nick Lachey said Speed-Hamilton’s comment was “a fair observation” and admitted he “understand[s] where she’s coming from with it.” But he said he’s “not sure what exactly you can do about that except continue to cast with diversity, which they’ve done.” This response feels reminiscent of a handsy grandpa admitting he rubbed some shoulders and gave some potentially line-crossing hugs, but he sees you and hears you and will try to do that less, although he’s not really understanding why being handsy is a problem in the first place.

“People gravitate to who they gravitate to,” Lachey continued. “That’s not something that producers or anyone else can dictate or strip or have dictated or stripped. People make connections in the pods for whatever reason, and those connections are then followed through to the rest of the season.”

Although Lachey appears to be suggesting that the show doesn’t force couples to continue in the process, he didn’t directly address Speed-Hamilton’s claim that there are other couples on the show who get engaged and aren’t shown on television. This season, in particular, there were five additional Black women cast on the show who were shown in the Season 3 trailer, but hardly given any screen time on the actual show, let alone named or on a pod date. “I think they only show what they deem most entertaining,” Speed-Hamilton said, claiming that producers send those couples “home and stop filming them.”

“I think that all you can do in terms of being in the show and being in the casting department is casting fairly and with great diversity. I think that they’ve done a good job of trying to do that,” Lachey said. “How it plays out, I can’t really answer to that part of it other than I know it’s not dictated or manipulated... who moves forward. It’s really, truly the connections they make blindly in the pods.”

While the show has admittedly succeeded in casting a racially diverse set of initial contestants (this season’s Raven Ross, who is half Black, made it through to the second half of the show), fans are still waiting for their next unapologetic Black love story. This season, producers chose to give far too much air time to ballet dancer Colleen getting dumped over and over again, when they could’ve allowed audiences a chance to get to know the five other Black women who went essentially anonymous in the background. So, sure, maybe love really can be “blind.” But production’s decisions on this show clearly aren’t.