labor Why Music Supervisors Are Clashing With Netflix

Music supervisors requested Netflix and the Alliance of Motion Picture and Television Producers voluntarily recognize their union earlier this year, which would have skipped the step of a formal election, but they declined. 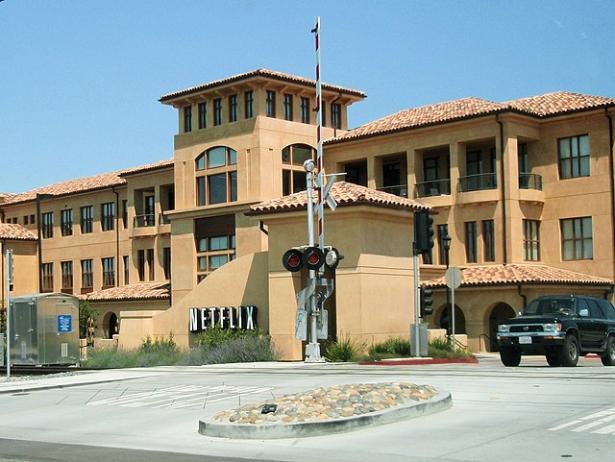 It was one of the most memorable moments in Netflix’s “Stranger Things 4": Max running away from the murderous monster Vecna, fueled by Kate Bush’s soaring song, “Running Up That Hill.”

Music supervisor Nora Felder was instrumental in selecting and securing approvals for the hit 1980s song, which catapulted to No. 1 on several musical charts after its airing on “Stranger Things.”

Yet, despite their increasingly important role in suggesting such songs and curating music for shows, music supervisors say they aren’t getting the pay and benefits shared by their unionized peers.

“We are currently a group of gig workers who have to get our own insurance and have to figure out our own pension,” said Lindsay Wolfington, a freelance music supervisor. “Almost everybody on set in Hollywood is paid through a union and supported through a union and has their rates and payment schedules standardized through a union. So we’re just looking to be on par with our colleagues who we work with.”

To remedy that, Wolfington and other freelance supervisors recently took a key step to join the International Alliance of Theatrical Stage Employees, the union representing crews on film and TV productions. They requested a union certification election with the National Labor Relations Board.

IATSE said it is focusing its organizing efforts around Netflix because it is the largest employer of music supervisors in the industry.

“Despite this cultural influence, music supervisors are joining together to set standards and address longstanding issues for those in the craft,” IATSE said in a statement.

Music supervisors requested Netflix and the Alliance of Motion Picture and Television Producers voluntarily recognize their union earlier this year, which would have skipped the step of a formal election, but they declined. IATSE said that more than 75% of music supervisors supported joining their union, which represents camera operators, set decorators, makeup artists and other technical jobs on sets.

The alliance rejected IATSE’s request “because we believe that employees should have a free choice in deciding whether they wish to be represented by a union,” said AMPTP spokesperson Jarryd Gonzales.

“Our position means there will be an election if the union files a recognition petition with the National Labor Relations Board, allowing each employee to cast a vote,” he said.

The unionizing efforts comes as music supervisors have become more prominent culturally and professionally. In 2018, music supervisors could qualify to win Grammys in the compilation soundtrack album category. Felder, who suggested “Running Up That Hill” for “Stranger Things 4,” won an Emmy for music supervision.

“Placed music has been a huge driving factor in the music industry for a long time,” said Michael Peters, an attorney at Ramo Law PC. “We have a great demonstration to point to the cultural impact that supervisors can have and the creative value of their services. They have the momentum right now to try and get organized and try and get recognized as a union.”

Manish Raval, a 48-year-old music supervisor who worked on the Netflix film “The Gray Man” and shows like NBC’s “This is Us,” supports the union effort.

Tensions with music supervisors have escalated amid the boom in streaming, which has shortened TV seasons. Pay for music supervisors is typically a fee that can be negotiated per episode or for an entire project like a series or film. The payment comes out of the series’ or film’s budget.

When shows were based on a network’s TV season, the payments were on a more regular schedule, with a show having 12 to 18 episodes per season, which could take about six to eight months of work, said Robin Urdang, who has worked as a music supervisor on Netflix series including “The Baby-Sitters Club” and Amazon’s “The Marvelous Mrs. Maisel.”

Shows on streaming platforms, however, are not necessarily timed to certain seasons. A series could have an average of seven to 10 episodes and span more than a year of work, Urdang said.

“You’re working for the same amount of money on less episodes for a longer period of time, which means that you ultimately make less money per hour,” Urdang said.

Some music supervisors described instances where their payments were delayed after they had completed their jobs.

Raval said he did the final mix for a Netflix movie in November 2020 only to learn that the studio planned to not pay him the tens of thousands of dollars he was owed until about six months later, closer to when the movie would be released. His wife, an art teacher, was also not teaching because of the pandemic, putting a strain on their finances.

“Our payments are being held under some arbitrary idea that it’ll paid out at the absolute last possible moment,” said Raval, who lives in Culver City. “We’re fighting that industrywide at this point.”

He said Netflix later agreed to pay him half the money he was owed in January 2021 and the remainder in March of that year. A person close to Netflix said final payments are typically made when a movie has finished postproduction.

“We’ve seen the cultural impact of the right song in a scene,” said Wolfington, a 43-year-old music supervisor who has worked on Netflix projects including “To All the Boys I’ve Loved Before.” “Netflix as a company seems to value music, which I think is a great thing, and all their viewers get to enjoy it too. But we’re in this situation where our standards are not what they should be, so we want to remedy that.”

Studios are reluctant to voluntarily accept music supervisors as part of a union in part because they view them as independent contractors.

A source close to Netflix said the music supervisors it contracts with run their own businesses and some have their own employees. Those supervisors also do services for different studios at the same time, the source said.

In 2009, a group of music composers and lyricists tried to organize under the Teamsters, but two years later, gave up on those efforts when AMPTP would not voluntarily recognize their union.

Boosting IATSE’s case is the fact that most other Hollywood jobs, including actors and writers, are unionized, said Catherine Fisk, a professor of labor law at UC Berkeley School of Law.

“There are lots of cases involving workers who work somewhat autonomously who have nevertheless successfully unionized,” Fisk said.

In the 1930s, studios argued that writers shouldn’t be unionized because they worked independently, sometimes out of their apartments or hotel rooms and weren’t under a direct person’s supervision, Fisk noted. However, the NLRB rejected that argument because the writers were subject to the control of the studio, Fisk added. Writers today are unionized under the Writers Guild of America.