Democracy Was on the Ballot—And Won

The American crisis isn’t over, but the midterms were a good sign. 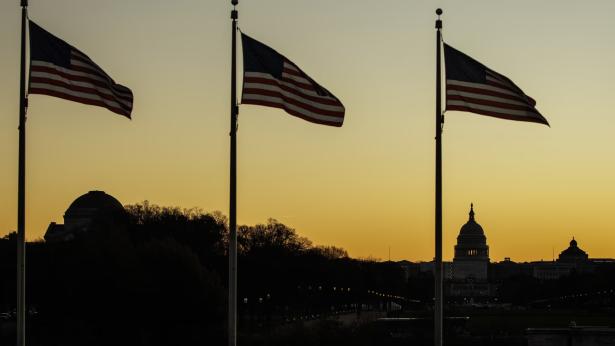 American flags in the US Capitol. ,(Samuel Corum / Getty)

Let’s get the bad news out of the way: In yesterday’s midterm elections, a fair number of odious candidates managed to buy tickets to Washington. Wisconsin’s Ron Johnson is going back to the Senate, where he will be joined by Ohio’s would-be hillbilly whisperer J. D. Vance, whose campaign will stand for years to come as a monument to cynicism and hypocrisy. We don’t know yet if Kari Lake—or as my friend Tim Miller calls her, the “Empress of Trollistan”—will become governor of Arizona. And we still don’t know who will control Congress.

Nonetheless, yesterday was a good day for democracy. Some of the worst election deniers and kookiest candidates were sent packing, in many cases by larger margins than anyone—including me—expected. Among those who must now go back to writing angry Facebook posts and griping on conservative podcasts were such notables as Don Bolduc, the retired general who promised to get to the bottom of the Great Kitty Litter Mystery, and Mehmet Oz, the carpetbagging celebrity doctor.

At the state level, things look even brighter for the protection of democracy, as voters turned back a fleet of extremists and outright weirdos. Michigan, whose Democratic governor was the target of a bizarre kidnap plot two years ago, is now under a unified Democratic government for the first time in nearly 40 years. A crackpot running as the GOP candidate for governor in Pennsylvania was drubbed in a double-digit loss to an utterly conventional Democrat. And let’s even give a cheer as well for one Republican: Brad Raffensperger, who had to endure death threats for defying Donald Trump’s demands to upend the 2020 vote in Georgia, was reelected as secretary of state.

As the elections analyst Sean Trende said today on Twitter: “It turns out that selecting your candidates from the Star Wars cantina might not be a recipe for electoral success.”

If you want to know how bad a night it was for Republicans, check Trump’s temperature, which apparently zoomed last night past “boiling,” through “molten lead,” and is now somewhere near “the surface of the sun.” And rightly so: Some in the GOP are holding Trump responsible for their party’s losses and are now trying to push him out of the way. Even Trump’s conservative hometown paper, the New York Post, twisted the knife this morning with a cover photo of Governor Ron DeSantis and a one word caption: “DeFuture.”

The best news in all of this is that the pundits and advisers who told Democrats to talk only about the economy and inflation and avoid any boring yakety-yak about democracy were wrong. As my colleague McKay Coppins tweeted after looking at an AP VoteCast poll, “it’s striking how many voters were motivated by concern for American democracy.” I have been arguing for months that voters are in fact capable of thinking about more than one thing at a time, but I admit that I also was starting to wonder whether fears about GOP authoritarianism could break through the noise.

And so I was especially glad that Biden made the case for democracy in his closing argument at Union Station, because I thought it was his duty as president to speak on the threats to our system and warn the voters of what was at stake. In any case, to argue over grocery prices while ignoring Republican threats to stomp on our rights and nullify elections would have been malpractice, with Democrats taking the bait to apologize for the economy (much of which no one can fix right now) while giving a pass to unhinged candidates who couldn’t care less how much a gallon of milk costs.

Looking ahead, American democracy now has some breathing room. What I and others were most worried about was not some overnight establishment of a dictatorship—our country is too big and diverse for that—but rather the ripple effect of having multiple state offices and governorships in the hands of fanatics and election deniers while Congress was firmly in the grip of a Republican majority. That’s not going to happen now. Important battleground states, such as Wisconsin and Pennsylvania, will continue to be led by normal politicians of both parties (and yes, that includes Brian Kemp in Georgia, who also defied Trump).

This means, in turn, that the nightmare scenario of ultra-extreme governors and secretaries of state refusing to certify their own elections is now a lot less likely. Of course, the Supreme Court could still decide in the upcoming Moore v. Harper case that state legislatures, not actual voters, control the outcome of elections, and then we’re back in the trenches once again to protect our rights and liberties—but let’s not get ahead of ourselves.

Besides, we’re not out of the woods yet. Trump is almost certainly going to run for president again, and then we’ll see just how many Republicans are willing to join the former president on his own personal Titanic and go chasing more icebergs. We’re not done with Trump’s cult of personality by a long shot. But Americans have held off the vandals who sought to win offices specifically, it seems, in order to subvert future elections. That’s good for the United States, and it’s good for democracy.

Tom Nichols is a staff writer at The Atlantic and the author of the Peacefield newsletter and the Atlantic Daily newsletter.