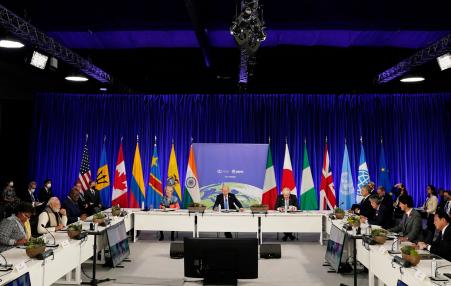 The prospects for improving American democracy have dimmed considerably. In the months since Joe Biden took office, nineteen states have enacted thirty-three laws that make it more difficult for citizens to vote.
November 10, 2021

White Supremacists Declare War on Democracy and Walk Away Unscathed 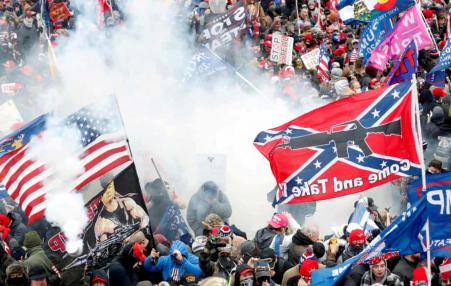 The United States has a terrible habit of letting white supremacy get away with repeated attempts to murder American democracy
November 3, 2020 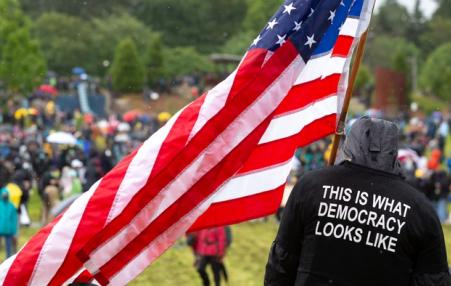 Is destroying or saving U.S. democracy what the upcoming election is all about? Political scientist C.J. Polychroniou says it is high time that we did away with the political rhetoric when it comes to U.S. democracy and look at the facts.
January 1, 2020

The Citizens United Ruling Broke American Democracy at the Start of the Decade. It Never Recovered 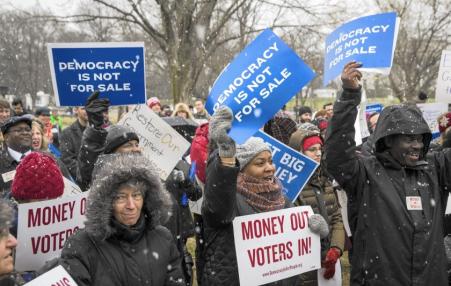 The election of Donald Trump will likely define the 2010s, but a single day in January set his rise into motion.
February 14, 2017

Time Is Already Running Out on Our Democracy 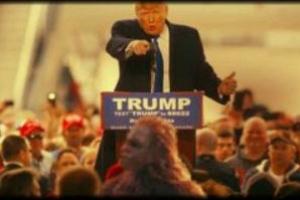 “I think things have tightened up very fast; we have at most a year to defend the republic, perhaps less,” Snyder stated in an interview with German outlet Süddeutsche Zeitung. “What happens in the next few weeks is very important.” Snyder, whose multiple books include On Tyranny: Twenty Lessons from the Twentieth Century, points out that Americans must dispense with wishful thinking about institutions helping to curb Trump’s power.
November 4, 2014 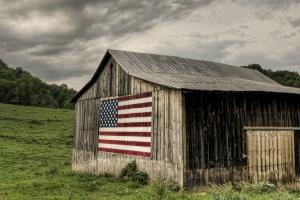 "If we don’t have a responsive democracy, all the debates [on progressive issues we care about] aren’t real debates. When elections are not democratic, even the most populist discussions become superficial, disconnected from real power; they are theatre."
October 21, 2013

The slow advances we made in the early 20th century through unions, government regulation, the New Deal, the courts, an alternative press and mass movements have been reversed. The oligarchs are turning us—as they did in the 19th century steel and textile factories—into disposable human beings. They are building the most pervasive security and surveillance apparatus in human history to keep us submissive. It's time to pick up the pitchforks.
Subscribe to US Democracy