Time Is Already Running Out on Our Democracy

“I think things have tightened up very fast; we have at most a year to defend the republic, perhaps less,” Snyder stated in an interview with German outlet Süddeutsche Zeitung. “What happens in the next few weeks is very important.” Snyder, whose multiple books include On Tyranny: Twenty Lessons from the Twentieth Century, points out that Americans must dispense with wishful thinking about institutions helping to curb Trump’s power. 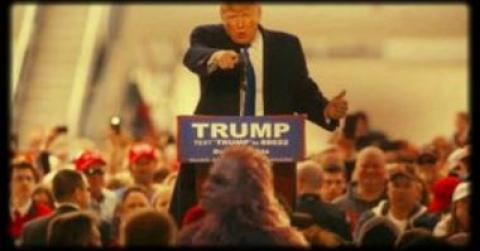 Timothy Snyder, a Yale scholar and an authority on European political history, has spent decades studying the rise of fascist movements. With the ascension of Donald Trump to the U.S. presidency, Snyder sees echoes from history, and warns that the time to save America from autocracy is in short supply.

“I think things have tightened up very fast; we have at most a year to defend the republic, perhaps less,” Snyder stated in an interview with German outlet Süddeutsche Zeitung. “What happens in the next few weeks is very important.”

Snyder, whose multiple books include On Tyranny: Twenty Lessons from the Twentieth Century, points out that Americans must dispense with wishful thinking about institutions helping to curb Trump’s power. In fact, that misguided notion is precisely what landed us in this situation.

“The story that Americans have told themselves from the moment he declared his candidacy for president, was that one institution or another would defeat him or at least change his behavior—he won’t get the nomination; if he gets the nomination, he will be a normal Republican; he will get defeated in the general election; if he wins, the presidency will mature him (that was what Obama said),” Snyder recounts. “I never thought any of that was true. He doesn’t seem to care about the institutions and the laws except insofar as they appear as barriers to the goal of permanent kleptocratic authoritarianism and immediate personal gratification. It is all about him all of time, it is not about the citizens and our political traditions.”

In the days after the election, Snyder penned a must-read Slate article that recalled historical markers from Hitler’s rise to reveal the similar path of Trump’s advance. The historian had hoped to cajole Americans out of complacency, to urge them to “find their bearings,” to remind them none of this is normal and that democracy is in the crosshairs.

“The temptation in a new situation is to imagine that nothing has changed,” Snyder says. “That is a choice that has political consequences: self-delusion leads to half-conscious anticipatory obedience and then to regime change... Most Americans are exceptionalists; we think we live outside of history. Americans tend to think: ‘We have freedom because we love freedom, we love freedom because we are free.’ It is a bit circular and doesn’t acknowledge the historical structures that can favor or weaken democratic republics. We don’t realize how similar our predicaments are to those of other people.”

“I wanted to remind my fellow Americans that intelligent people, not so different from ourselves, have experienced the collapse of a republic before. It is one example among many. Republics, like other forms of government, exist in history and can rise and fall.”

Snyder points to the desperate need to shake off historical amnesia as the Trump administration looks to authoritarian regimes as models. “[O]ne reason why we cannot forget the 1930s is that the presidential administration is clearly thinking about them, but in a positive sense,” Snyder stated. “They seem to be after a kind of redo of the 1930s with Roosevelt where the Americans take a different course—where we don’t build a welfare state and don’t intervene in Europe to stop fascism. Lindbergh instead of FDR. That is their notion. Something went wrong with Roosevelt and now they want to go back and reverse it.”

“During the campaign [Trump] used the slogan ‘America First’ and then was informed that this was the name of a movement that tried to prevent the United States from fighting Nazi Germany and was associated with nativists and white supremacists. He claimed then not to have known that. But in the inaugural address he made ‘America First’ his central theme, and now he can’t say that he doesn’t know what it means. And of course Bannon knows what it means. America First is precisely the conjuration of this alternative America of the 1930s where Charles Lindbergh is the hero. This inaugural address reeked of the 1930s.”

Snyder urges immediate resistance to the administration’s targeting of Muslims, immigrants, blacks and LGBT people, because if it can “slice off one group, it can do the same to others.” He says protest and pushback should continue with regularity.

He also notes that the speed with which the Trump team has worked to hammer home its agenda is a strategy designed to cause fatigue and depression. The key is not to be grow tired or become resigned. In particular, he cautions against succumbing to Trump’s attempts to paint all those who reject his agenda as un-American.

“The idea is to marginalize the people who actually represent the core values of the republic,” says Snyder. “The point is to bring down the republic. You can disagree with [protesters], but once you say they have no right to protest or start lying about them, you are in effect saying: ‘We want a regime where this is not possible anymore.’ When the president says that, it means that the executive branch is engaged in regime change towards an authoritarian regime without the rule of law. You are getting people used to this transition, you are inviting them into the process by asking them to have contempt for their fellow citizens who are defending the republic. You are also seducing people into a world of permanent internet lying and away from their own experiences with other people. Getting out to protest, this is something real and I would say something patriotic. Part of the new authoritarianism is to get people to prefer fiction and inaction to reality and action. People sit in their chairs, read the tweet and repeat the clichés: ‘Yes, they are thugs’ instead of ‘It is normal to get out in the streets for what you believe.’ [Trump] is trying to teach people a new behavior: 'You just sit right where you are, read what I say and nod your head.' That is the psychology of regime change.”

The only way to stop is to not obey, Snyder reiterates.

For more of Snyder's insights on history’s lessons and how to apply them to Trump, check out his 20-point guide on forms of resistance.

Kali Holloway is a senior writer and the associate editor of media and culture at AlterNet.