Preventing future pandemics, the secrets of the Higgs boson and the surprising roots of plastic surgery 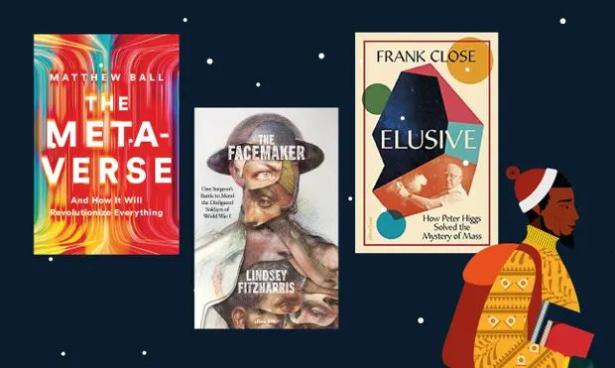 The Covid-19 pandemic might be fading into the background for many people in the rich world but Bill Gates, software pioneer and philanthropist, wants those in power to learn some lessons fast. In How to Prevent the Next Pandemic (Allen Lane) he applies his technocratic approach to preparing the world for future public health emergencies. That means building early warning systems that could identify novel illnesses when they first start to circulate in human populations; developing better treatment and vaccine technologies that can quickly tackle brand new pathogens; and optimising processes and building manufacturing facilities that could quickly mass-produce things like medicines and rapid tests in times of emergency. At the heart of Gates’s plan is a new institution he calls Germ (Global Epidemic Response and Mobilisation), composed of a few thousand experts – from epidemiologists to vaccinologists to diplomats – who would be on standby in case of a global threat. In between emergencies, this group would go around the world to strengthen pandemic-prevention infrastructure and encourage governments to keep spending on things like disease-monitoring and scientific research. None of the ideas in the book are radical; indeed, scientists have been arguing for some version of all them for several decades. But, given who is making the recommendations, people with the power to make change might finally listen.

The tail end of the pandemic is also a good time to read Beyond the Hype (Elliott & Thompson) by Fiona Fox, chief executive of the Science Media Centre (SMC) in London. This is not a book about new science but the story of how science’s place in society has changed in the past few decades. During the early days of Covid-19, the British government made a point of repeatedly saying that it would “follow the science” when it came to deciding how to respond. Every day, a cast of experts appeared on television, radio, Twitter and elsewhere to talk epidemiology, virology, drug discovery and much more. Things were not always like this. The fact that scientists have gone from being remote elites in their ivory towers to accessible experts involved in public conversations has benefited us all. In her role at the SMC, Fox has observed this important cultural shift from a ringside seat.

In This Mortal Coil (Bloomsbury), Andrew Doig, a biochemist at the University of Manchester, charts the fascinating history of how humans die. And if you think this might be a rather morbid topic, worry not. Despite some gruesome descriptions of disease and death, Doig tells an uplifting tale of how human ingenuity over the past few thousand years has allowed more of us to survive, and survive longer – first through innovations such as farming, and then by applying reason and evidence to health, defeating a host of major infectious diseases. For most of the history of our species, life expectancy was around 30. Today – thanks to the centuries of work by farmers, doctors, public health officials and others – people can expect to live to at least 70 or 80 in the world’s most developed nations.

On the morning of 8 October 2013, I was in the newsroom of the Guardian, continually refreshing a web page with a video stream from the Royal Swedish Academy of Sciences. Writing the paper’s live blog for that year’s announcement of the Nobel prize in physics, I watched as the stated time for the announcement came and went. In Elusive (Allen Lane), Frank Close, a physicist at the University of Oxford, explains what Peter Higgs – who would eventually be announced that afternoon as one of the winners of the physics prize – had been up to while I was killing time questioning the Royal Swedish Academy’s choice of hold music. The attention-shy scientist had purposefully taken himself off-grid by going for a walk in the Scottish Highlands. He won the Nobel for an idea that had been published in 1964 – a way to explain why fundamental particles have mass. Incorporating the famous Higgs boson, it subsequently became a cornerstone of modern theoretical physics. Close’s book not only tells the story of how Higgs’s idea came about but also the decades-long effort to design, build and execute the vast experiment — the Large Hadron Collider at Cern in Geneva — that eventually found the boson in 2012.

You had probably never heard the word metaverse before 2021. Today it’s hard to escape it. For those who want to move past the hype and understand where the promise of this technology really lies, The Metaverse by Matthew Ball (WW Norton) is the place to start. Ball has worked in the tech industry and watched the development of 3D virtual worlds in computer games such as Roblox and Fortnite. He understands the potential for digital virtual worlds to become useful in other parts of life, whether through immersive shopping and entertainment, telemedicine or better remote working. But, crucially, he is no booster for any particular version of how the metaverse will turn out and is therefore a rare and invaluable thing – a trusted guide in a world otherwise riven with self-interest.

Plastic surgery often gets a sniffy dismissal given its close association with cosmetic procedures to remove wrinkles or resize bodyparts. But it is better seen as one aspect of a much more important enterprise born of war; one which seeks to reconstruct bodies and lives after trauma. In The Facemaker (Allen Lane), Lindsey Fitzharris, a medical historian, focuses on the work of Harold Gillies, the doctor who set up Britain’s first maxillofacial unit and is considered the father of modern plastic surgery. Gillies worked in the early 20th century and wanted to deal with the devastating effects of the bombs and guns used in the first world war. These weapons not only killed millions of people, they maimed hundreds of thousands more. Doctors had never seen such disfiguring injuries before and Gillies helped to invent the techniques – reconstructive surgery, bone and skin grafts – to try to give soldiers back some of their dignity.

Sticking with human bodies, if you want to know what you are actually made of, you would do well to consult Song of the Cell by Siddhartha Mukherjee (Bodley Head). The oncologist and prolific author looks deep into the biology of human beings to explain what these basic functional units look like, the myriad ways in which they work and how scientists, from the 19th century onwards, uncovered all of that knowledge. Given that all illnesses, from infections to cancer, involve cells going wrong or being compromised in some way, the quest to truly understand them is an urgent, ongoing tale.

The information we process through our senses – sight, smell, touch and the rest – is only a small fraction of what’s going on out there. In An Immense World (Vintage), Ed Yong widens the sensory window by taking us on a tour of the diverse ways in which animals perceive things. Bats, famously, “see” by emitting sound waves and analysing what comes back. Bees can sense electric fields around flowers and, to their ultraviolet-sensitive eyes, the blooms look like bullseyes. Birds can detect magnetic fields and they use that information to guide them on long journeys. Yong’s colourful, character-filled writing reveals a multidimensional world that has hitherto remained hidden to us. He also issues a warning – noise and light pollution in cities, which might be no more than an annoyance to people, can have much more serious impacts on animals, inadvertently confounding their delicate sensory worlds and sometimes leading them into danger.

Alok Jha is science correspondent at the Economist. To browse all science books included in the Guardian and Observer’s best books of 2022 visit guardianbookshop.com. Delivery charges may apply.

With so much on the line, journalism that relentlessly reports the truth, uncovers injustice, and exposes misinformation is absolutely essential. The Guardian raising $1m to fund our journalism in 2023. If you can, please consider a year-end gift to the Guardian. Unlike many others, the Guardian has no shareholders and no billionaire owner. Just the determination and passion to deliver high-impact global reporting, always free from commercial or political influence. Reporting like this is vital for democracy, for fairness and to demand better from the powerful.

We provide all this for free, for everyone to read. We do this because we believe in information equality – that everyone needs access to truthful journalism about the events shaping our world, regardless of their ability to pay for it. Every contribution, however big or small, powers our journalism and sustains our future.