Pandemic Year 3: Who’s Got the Power? 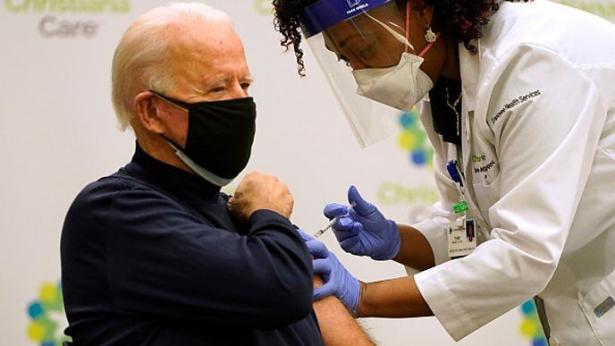 Here comes our third year of living and dying with Covid-19.

We started this 2022 festive season on Thanksgiving with pediatric intensive care beds gobbled up by a triple-demic of SARS-CoV-2, influenza, and respiratory syncytial virus (RSV); a new set of Covid-19 variants, BQ.1 and BQ.1.1, hobbling the effectiveness of key treatments for the immunocompromised; and only a third of Americans having received a vaccine and the original boosters—and only about 10 percent lining up for the new “bivalent” boosters in the United States.

Meanwhile, administration officials continue to talk out of both sides of their mouths, saying we shouldn’t worry about Covid-19 this winter, that “we have the tools” to handle the combined whammy of Covid-19, the flu, and RSV, while simultaneously making desperate pleas for more Covid-19 funding from Congress, seemingly baffled that after months of their downplaying the seriousness of the pandemic, no one seems to think Covid-19 is a problem anymore. A dozen Democrats joined Republicans in the Senate in voting to rescind the national emergency declared in response to the Covid-19 pandemic in 2020.

Yet we keep hearing that public health has failed us during this pandemic. From right and left, from print journalists to talking heads, the mess we’re in gets laid at the feet of those of us working in the field—as if we have any influence on the circus going on in Washington, D.C., or in statehouses across the country, where quacks like Florida’s surgeon general, Joe Ladapo, spout nonsense about vaccines.

Lynn Freedman, at the Columbia Mailman School of Public Health, who was a senior adviser to the Millennium Project Task Force on Child Health and Maternal Health, was also the lead author on the final report of that group in 2015, “Who’s Got the Power: Transforming Health Systems for Women and Children.” To paraphrase Dr. Freedman’s words, any serious strategy to change the state of American health, in particular in regards to Covid-19, needs to ask, answer, and confront a singular question: “Who’s got the power?” In the United States, it’s not public health who has the power. Not at all.

We came into this pandemic with a weak and feeble public health system, understaffed, under-resourced—mostly by design, as the late Elizabeth Fee and her colleague Theodore Brown have described—in which we mostly ignore public health, frantically try to mobilize in the midst of crises, and then wonder why we end up doing so badly again and again. It shouldn’t be surprising that, as Alyssa Bilinski from Brown School of Public Health, along with Kathryn Thompson and Zeke Emanuel, reported in The Journal of the American Medical Association this month, “the US continued to experience significantly higher Covid-19 and excess all-cause mortality compared with peer countries during 2021 and early 2022, a difference accounting for 150,000 to 470,000 deaths.”

It’s not public health that has failed us for the past three years. Rather, American political leaders have been failing public health for over a century. They pretended we could deal with public health one person at a time, fixing them up in our hospital wards, emergency rooms, and doctors’ office. As Hibbert Hill suggested in 1913 in The New Public Health, treating a few thousand victims of disease is far cheaper than dealing with the structural causes of ill health. Contemporary commentators following Hill, like Josh Barro, heap scorn on any idea that more communitarian approaches to public health have any role in an individualistic America, trashing public health experts as tin-pot tyrants pushing a political agenda, rather than acknowledging that it is communitarian solutions that gave him clean water to drink and clean air to breathe, and that have been fundamental to public health success since John Snow pushed local officials to take the handle off the Broad Street pump, in what Barro would probably decry as interference in the free exercise of commerce and the private provision of water in 19th-century London. It’s this kind of libertarianism—the you-do-you ethos of American culture that sees the “public” in public health as anathema, clinging to a medical model of private risk and private cures—that dropped us down to the 40s in global life expectancy rankings before the pandemic, and will land us below the 60s by 2040. “Give me liberty and give me death” is the reigning mantra of America today.

Instead, I would harken back to one of Hibbert Hill’s contemporaries, who had a more nuanced view of freedom: “Real liberty for all could not exist under the operation of a principle which recognizes the right of each individual person to use his own, whether in respect of his person or his property, regardless of the injury that may be done to others.” This was Supreme Court Justice John Marshall Harlan, who wrote the opinion in Jacobson v. Massachusetts in 1905 upholding vaccine mandates. Of course, nowadays the courts have become more hostile to public health protections, overruling expert opinion again and again. So remind me: Who’s got the power in 2022?

What might “public health” do if it had the power to influence agendas, rather than have its best experts make post hoc justifications for politicians they work for? Jeffrey Lazarus and 385 co-authors told us in one of the world’s premier scientific journals, Nature, in November (and full disclosure, I was part of this process). Lazarus and his team offer a road map, which will never be followed—but at least it will show us the road not taken when we look back on this moment.

First, these authors state: “SARS-CoV-2 still moves among us—despite some governments moving on—requiring continuing efforts and resources to save lives.” Such a simple statement. No downplaying the threat of variants with quips like “Omicron is mild” or suggesting that endemicity will equate to lower disease severity. Indeed, they warn against such ideas, and make a clear appeal to take long Covid seriously as a chronic condition. This all seems so obvious, but with the president of the United States proclaiming that the pandemic is over, these words are a tonic.

And while US officials refuse to stand up for a comprehensive approach to the pandemic, these authors just come out and say it: “Vaccines are an effective tool against Covid-19 but will not alone end Covid-19 as a public health threat.” Even in the midst of the triple-demic of Covid-19, flu, and RSV, administration officials still refuse to talk about much more than the need for vaccination—though millions of Americans remain unvaccinated for Covid or the flu. In November, another important scientific article came out in The New England Journal of Medicine suggesting that the failure to mask in schools in Massachusetts led to thousands of needless infections. The authors in the Nature article (unlike US policy-makers) do not shy away from calling for the use of masks—along with robust testing efforts, upgrading of ventilation and air filtration, and financial support for those affected by Covid-19. In fact, they call for a whole-of-society and whole-of-government approach to the pandemic, even as our own leaders are driving us toward a minimalist response, blaming Congress for their failures, but with their own gaze clearly focused on the political expediency of putting the pandemic behind us.

Gregg Gonsalves is The Nation's public health correspondent and codirector of the Global Health Partnership and an associate professor of epidemiology at the Yale School of Public Health.  A cofounder of the Treatment Acton Group, he was the winner of a 2018 MacArthur fellowship.

Copyright c 2022 The Nation. Reprinted with permission. May not be reprinted without permission. Distributed by PARS International Corp.
Please support  progressive journalism. Get a digital subscription to The Nation for just $24.95!