U.S. officials are trying to preserve a truce that has reduced violence and created the possibility for a negotiated settlement to the war. 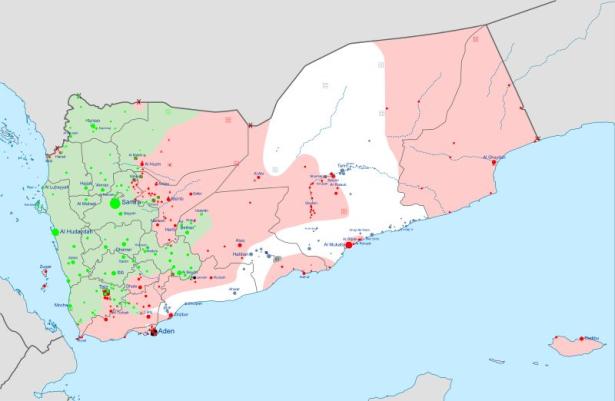 After years of backing a disastrous, Saudi-led military intervention in Yemen, the United States is shifting its approach to the war, supporting a UN-brokered truce that has resulted in the most significant reduction of violence since the war began.

Bowing to the reality that the opposition Houthi movement now controls 80 percent of the population of Yemen and has acquired the means to launch missiles deep into Saudi Arabia and the United Arab Emirates, U.S. officials have been focusing on the truce as a means of achieving a ceasefire and ending the war.

The truce “has brought a period of unprecedented calm in Yemen, saving thousands of lives and bringing tangible relief for countless Yemenis,” President Joe Biden said in a statement in August.

For years, the United States has played a major role in the war in Yemen. Operating largely from behind the scenes, the U.S. military has quietly empowered a Saudi-led military coalition to conduct a devastating war against Houthi rebels, who seized control of the capital city of Sanaa in 2014.

As part of its military campaign, the Saudi-led military coalition repeatedly launched airstrikes against civilian targets, including schools, buses, markets, prisons, weddings, funerals, and hospitals. Their attacks on civilians shocked much of the world, leading to charges of war crimes.

The Saudi-led coalition’s military intervention sparked a massive humanitarian crisis that continues to this day. The situation in Yemen remains “the largest humanitarian crisis in the world,” according to the United Nations. An estimated 80 percent of the population requires humanitarian assistance just to survive.

For the United States, the war has been a moral and strategic failure. Not only has the United States enabled the Saudi-led military coalition to commit war crimes, but it has steadily lost influence throughout Yemen and the broader Middle East.

At a congressional hearing last week, U.S. officials lamented the current state of affairs in Yemen, as they reviewed the grim consequences of the war.

Sarah Charles, an official at the U.S. Agency for International Development, told Congress that nearly 400,000 people have died in the war, mostly as a result of hunger, sickness, and inadequate health care.

“Children are the primary victims of this war,” she said.

U.S. Special Envoy Timothy Lenderking reviewed the extent of Houthi advances, noting that their military forces number in the hundreds of thousands. A significant development, he continued, is that the Houthis have formed closer relations with Iran, which initially had little to do with the conflict. “At the start of the conflict eight years ago,” he said, “Iran was not as close to the Houthis as it has become.”

According to Lenderking, about 40 Iranian advisers are now on the ground in Yemen helping the Houthis develop skills to assemble and launch missiles against both Saudi Arabia and the United Arab Emirates. “With Iranian help, the Houthis have developed an increasingly precise capability so that they can launch complex attacks,” he said.

A major turning point in the war came earlier this year when the Houthis were on the verge of a military victory in Marib, the Saudi-backed government’s last stronghold in the north. Although the Saudi-led coalition managed to push the Houthis back with airstrikes and a ground campaign, it faced extensive retaliation, with Houthi forces firing missiles into Saudi Arabia and the United Arab Emirates.

Amid the battle for Marib, Saudi officials began running out of stockpiles of defensive missiles, creating fears that they would be defenseless against future attacks.

“The Houthis have won the war in Yemen,” Bruce Riedel, a former CIA analyst, reported at the time for the Brookings Institution, where he has been writing about the war as a senior fellow.

Within this context, U.S. officials threw their support behind the UN-brokered truce, which required an end to cross-border attacks. With both sides taking steps to reduce hostilities, U.S. officials began framing the truce as a basis for ending the war.

“The truce reflects the balance of power on the ground,” Riedel wrote in April, shortly after the truce went into effect. The Houthis “control Sanaa and most of northern Yemen; they are on balance the victors.”

The truce has brought several benefits to the people of Yemen. Since its implementation in April, civilian casualties have sharply declined. More people have received humanitarian assistance. Despite the fact that the truce lapsed in October, several of its main elements remain in place, including a major reduction in hostilities.

It remains unclear whether the Biden administration has been using the truce to buy time for the Saudi-led coalition or establish a foundation for ending the war. Reportedly, the administration has been reconsidering its ban on sales of offensive weapons to Saudi Arabia. Its sense of betrayal by the Saudi regime over an alleged deal on oil production may stall future cooperation, however.

Congressional opposition to more U.S. arms sales to Saudi Arabia may tie the administration’s hands. Congress could invoke the War Powers Resolution to end U.S. involvement in the war, leaving the Saudi regime with no option but maintaining the truce and working toward a negotiated settlement.

“As we look forward, we want to get back into the truce,” Lenderking insisted at last week’s hearing. “There are important back-channel conversations that are happening between the parties that are helpful to this process. But… we are not there yet.”

Edward Hunt writes about war and empire. He has a PhD in American Studies from the College of William & Mary.

FPIF provides timely analysis of U.S. foreign policy and international affairs and recommends policy alternatives on a broad range of global issues — from war and peace to trade and from climate to public health. From its launch as a print journal in 1996 to its digital presence today, FPIF has served as a unique resource for progressive foreign policy perspectives for over two decades.

We believe U.S. security and world stability are best advanced through a commitment to peace, justice, and environmental protection, as well as economic, political, and social rights. We advocate that diplomatic solutions, global cooperation, and grassroots participation guide foreign policy.

FPIF aims to amplify the voice of progressives and to build links with social movements in the U.S. and around the world. Through these connections, we advance and influence debate and discussion among academics, activists, policy-makers, and the general public.

While our editors work to ensure that FPIF contributions are consistent with the core values of IPS, the views expressed in FPIF publications do not necessarily reflect those of the staff and board of IPS.

FPIF is edited by Peter Certo, the senior editorial manager of the Institute for Policy Studies. It is directed by John Feffer, an IPS associate fellow, playwright, and widely published expert on a broad array of foreign policy subjects.

FPIF is supported entirely by general support from the Institute for Policy Studies and by contributions from readers. If you value this unique resource, please make a one-time or — better yet! — recurring contribution to help us keep publishing.