labor The Game Studios Changing the Industry by Unionizing

Union interest is growing in the gaming industry 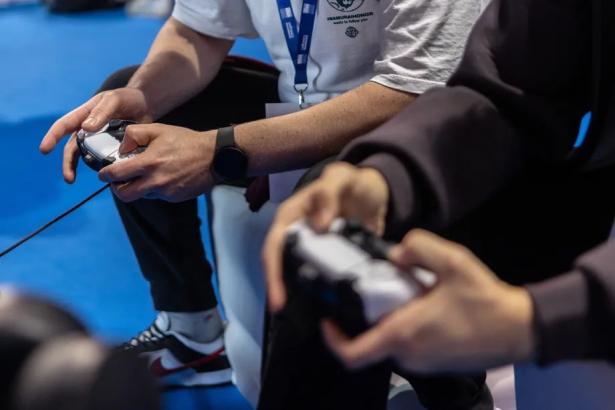 The game industry is changing. After years of groundwork over the past decade, laid over social media and in the halls of gatherings like the Game Developers Conference, workers are organizing into unions in their fight against a history of overwork, low pay, and harassment. Unions are on the rise in the game industry as workers seek to make meaningful, sustainable change.

Industry change is following a nationwide trend in worker organization: Over the past few years, there’s been an uptick in union elections and unfair labor complaints as workers vow to make change in their workplaces. You can see this reflected in headlines, too — alongside union efforts at Activision Blizzard and Microsoft, campaigns are ongoing at major corporations like Apple, Google, and Starbucks.

The rise of the video game union

These are the gaming companies where workers are unionizing. We’ll keep this list updated as more unions pop up across the industry. 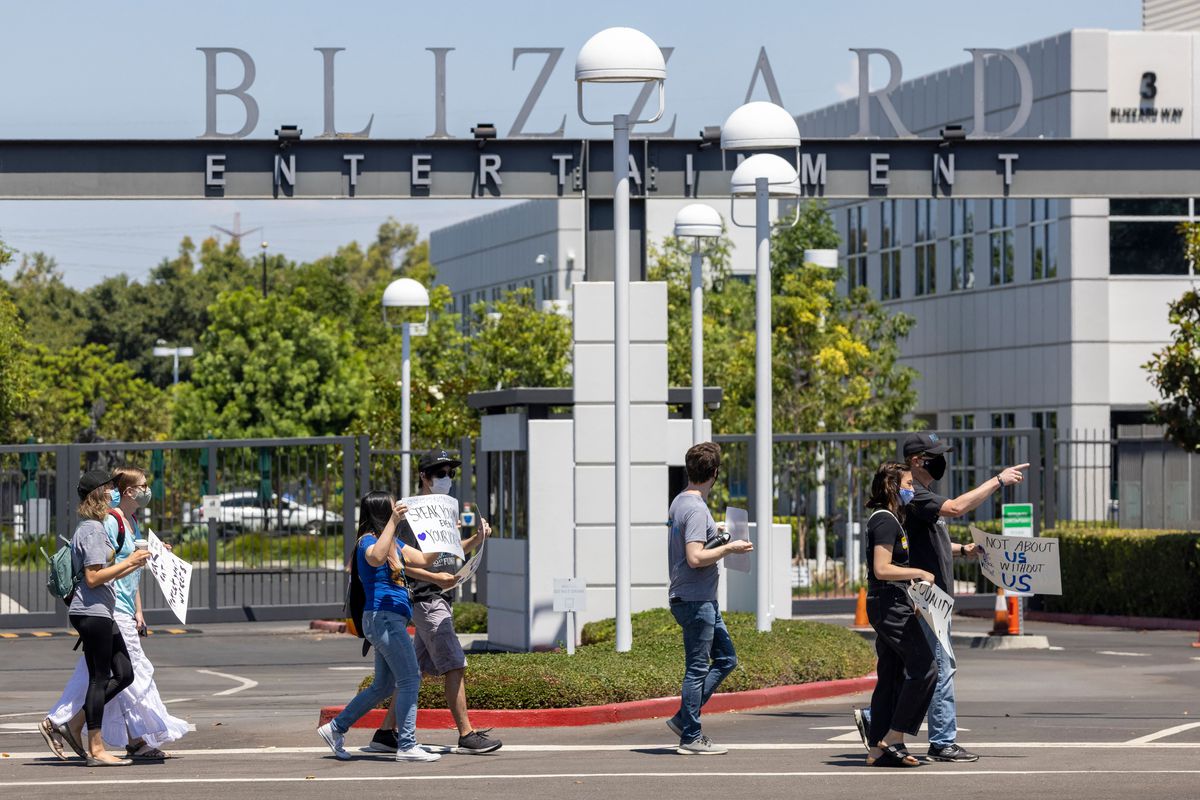 Activision Blizzard made headlines in 2021 after California’s Civil Rights Department (formerly called the Department of Fair Employment and Housing) sued the World of Warcraft and Call of Duty publisher over alleged widespread sexism and harassment. (Activision Blizzard itself sued the CRD over the lawsuit in 2022.) This kicked off a flurry of accusations and lawsuits, including a settled $18 million suit with the Equal Employment Opportunity Commission. Workers, too, took action: More than 1,000 workers walked out in July 2021, and since then, organizing efforts have continued. Its three unions — two officially recognized through National Labor Relations Board elections — are entirely made up of quality assurance workers. QA workers often feel they are overlooked, subjected to low pay, unstable contracts, and brutal overwork.

Activision Blizzard has repeatedly moved to stall union efforts, maintaining the opinion that all workers at the respective studios should vote in the union elections, not just QA workers. Multiple unfair labor complaints have been filed against the company, alleging anti-union sentiment and union busting.

As union efforts were underway at the company, Activision Blizzard converted all its contract workers to full-time employees — a win workers attribute to organizing efforts.

Activision Blizzard expects to be acquired by Microsoft as part of a $68.7 billion deal. The United States Federal Trade Commission is suing Microsoft in an effort to challenge the deal. After announcing the deal, Microsoft signed a neutrality agreement with the Communications Workers of America, promising not to interfere with union efforts at the company. Some consider the deal on Microsoft’s part an attempt to ease the acquisition through the FTC, but regardless, it benefits the workers at Microsoft and potentially Activision Blizzard should the deal go through.

Blizzard Albany, formerly known as Vicarious Visions, is working on Blizzard Entertainment’s Diablo franchise, including the upcoming Diablo 4. It was the second studio within Activision Blizzard to successfully unionize; QA workers there won their vote 14-0 in December 2022, following a number of alleged union-busting efforts, according to the CWA.

The next step for the group is to enter contract negotiations with Activision Blizzard.

Raven Software is the first studio within Activision Blizzard to unionize, an effort kicked off in December 2021 as Call of Duty: Warzone QA workers walked out of work to protest what they considered unfair layoffs of contract workers. QA workers announced their union push in January 2022 and were met with resistance from Activision Blizzard: Management attempted to restructure the company and rule the QA bargaining unit ineligible to vote. A judge ruled in favor of the QA union after hearings, and Raven Software workers, called Game Workers Alliance, won their union vote in May 2022 and are represented by the CWA.

Boston-based studio Proletariat announced the filing of its union petition in late December 2022. The Spellbreak developer was acquired by Activision Blizzard in June 2022; Spellbreak was shut down, and team is now working on World of Warcraft. An election has not yet been scheduled by the NLRB. Like the other unionized studios at Activision Blizzard, Proletariat is represented by the CWA.

Proletariat’s proposed unit includes all positions outside of management — around 60 workers currently.

Union footholds in the game industry is not limited to the United States. Studios in Canada are also making strides to organize their workplaces. Developer Anemone Hug Interactive, which supported Hardspace: Shipbreaker and is currently working on an original game, voted in favor of unionization in 2022. Anemone Hug’s union is part of the Canadian Animation Guild, the International Alliance of Theatrical Stage Employees Local 938. IATSE largely services entertainment workers internationally, while the British Columbian animation unit focuses on local animation workers — and now game developers. 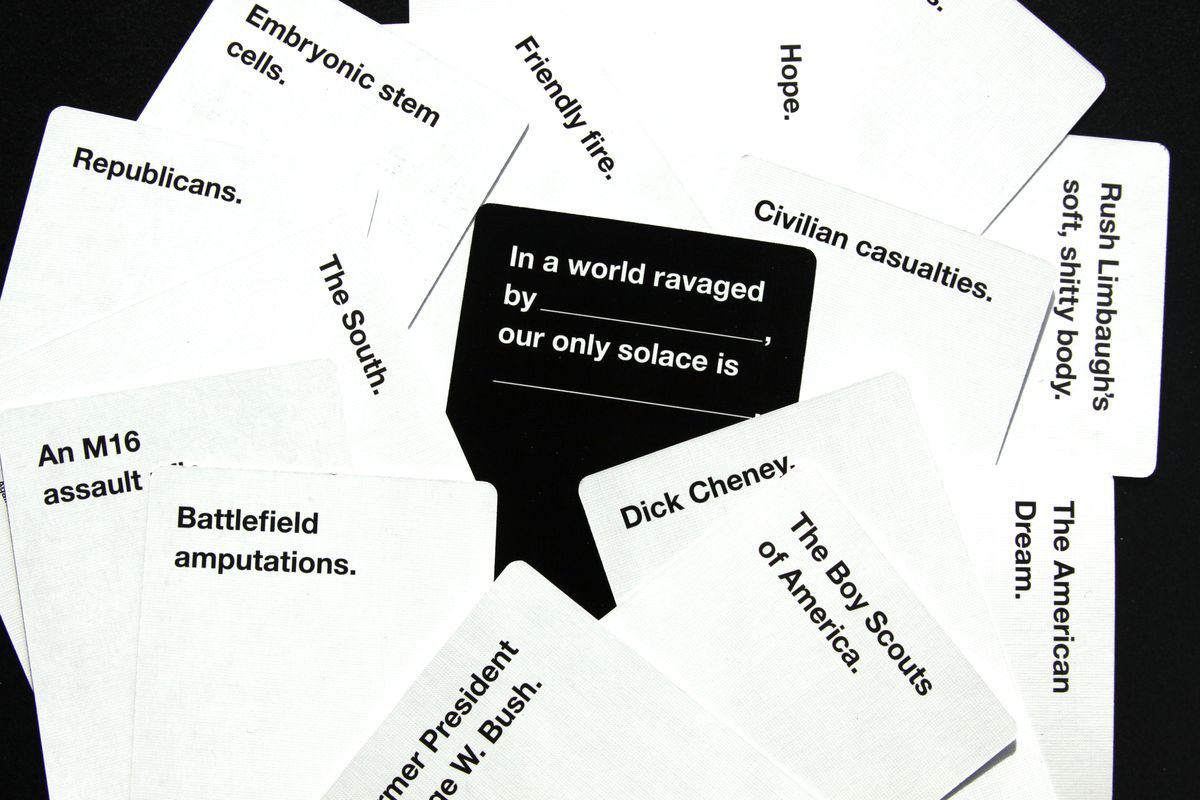 Cards Against Humanity workers, who make the card game of the same name, unionized in 2020 with Chicago and Midwest Regional Joint Board of Workers United following a report that alleged racist and sexist culture at the company; Cards Against Humanity management recognized the unit, and the group successfully completed contract negotiations to secure better benefits, including a successorship clause that could be enacted if owners sold the company.

Workers at Cards Against Humanity were likely the first in their industry to unionize.

Contract QA workers who support BioWare’s Dragon Age: Dreadwolf at Keywords Studios’ Edmonton location voted to unionize in June 2022. Like Anemone Hug, Keywords Studios is a Canadian studio; their election went through the Alberta Labour Relations Board, where the group is organized under United Food and Commercial Workers Canada Union, Local 401.

KWS Edmonton United, the union, began organizing after management implemented a return-to-office order that workers didn’t agree with — commuting costs too much given their low salaries and the studio doesn’t offer paid time off when sick, they said. 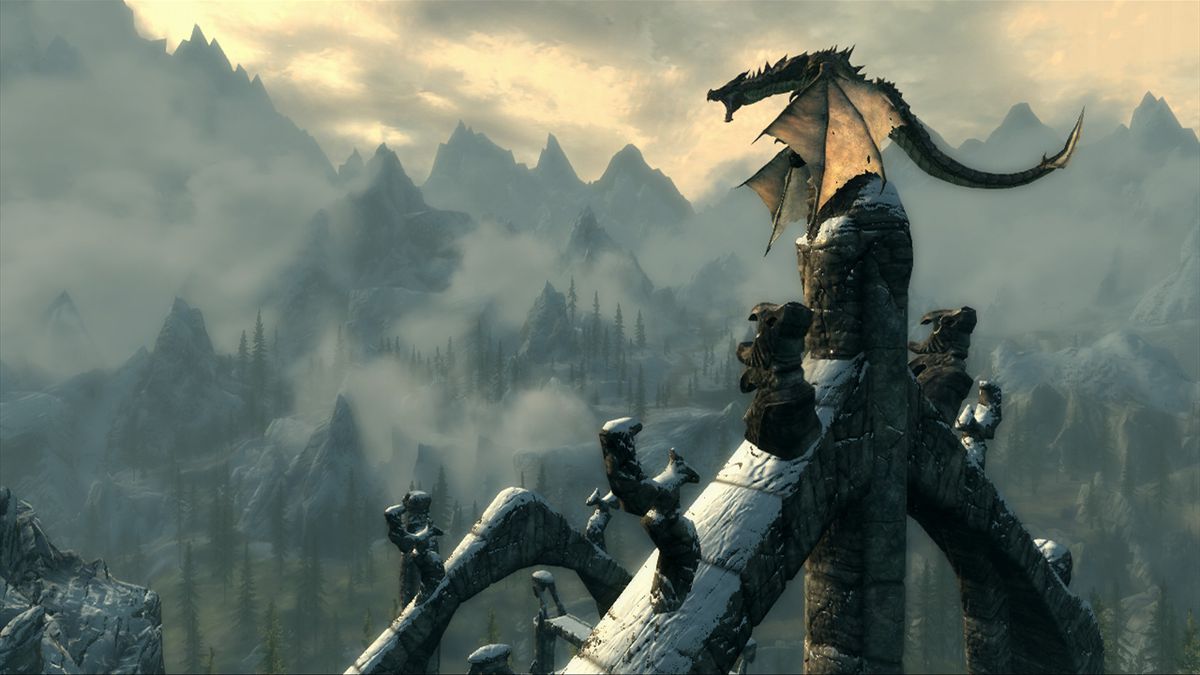 Microsoft’s labor neutrality agreement with the CWA went into effect in June 2022, when it promised not to interfere with union organizing at the company — including at Activision Blizzard, should the acquisition go through. This isn’t a common approach according to labor experts, and may have been influenced by the acquisition itself, which is under scrutiny by the FTC. Regardless, the deal benefits workers who want to organize with the CWA.

We saw it in practice firsthand when QA workers at several ZeniMax studios announced their desire to unionize.

Roughly 300 QA workers at ZeniMax Media have unionized under the CWA. The group, called ZeniMax Workers United, sidestepped an NLRB election due to Microsoft’s neutrality deal. Instead, workers voted through union authorization cards or an online portal to prove interest to the company. A supermajority of those 300 workers voted “yes,” and Microsoft recognized the union.

It was a much speedier process than the traditional pathway, as evidenced by efforts at Activision Blizzard. ZeniMax Workers United includes workers at Bethesda Game Studios, id Software, and ZeniMax Online in Maryland and Texas offices.

The next step is for ZeniMax to nominate a bargaining committee and move into contract negotiations. 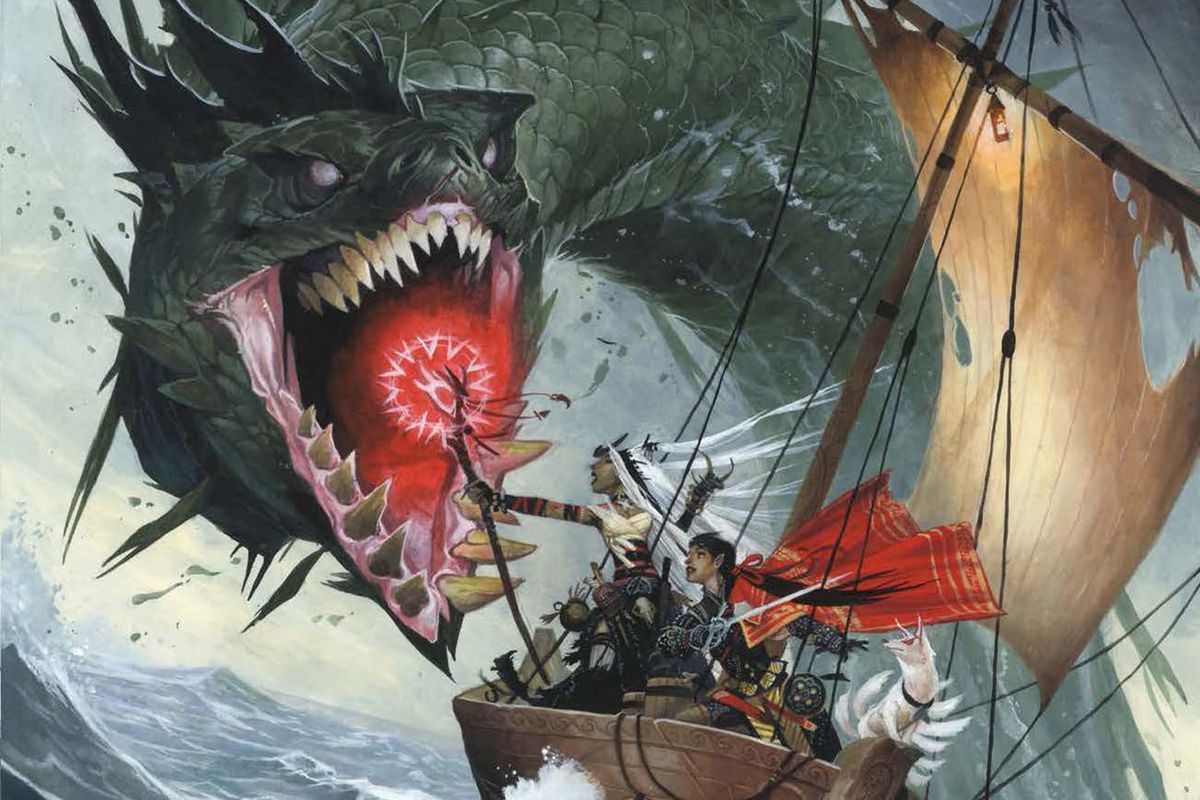 United Paizo Workers formed in 2021, making it one of the earlier unions in the industry. Paizo is one of the biggest tabletop role-playing game publishers; it’s responsible for both Pathfinder and Starfinder. Workers at the studio accused the Washington state-based company of pay inequity, harassment, and “managerial impropriety.” Paizo voluntarily recognized the union, and collective bargaining began shortly after.

UPW reached a tentative agreement with Paizo management on certain topics in early December 2022, including benefits, remote work, time off, and work hours. Bargaining will continue until both sides agree to all terms. 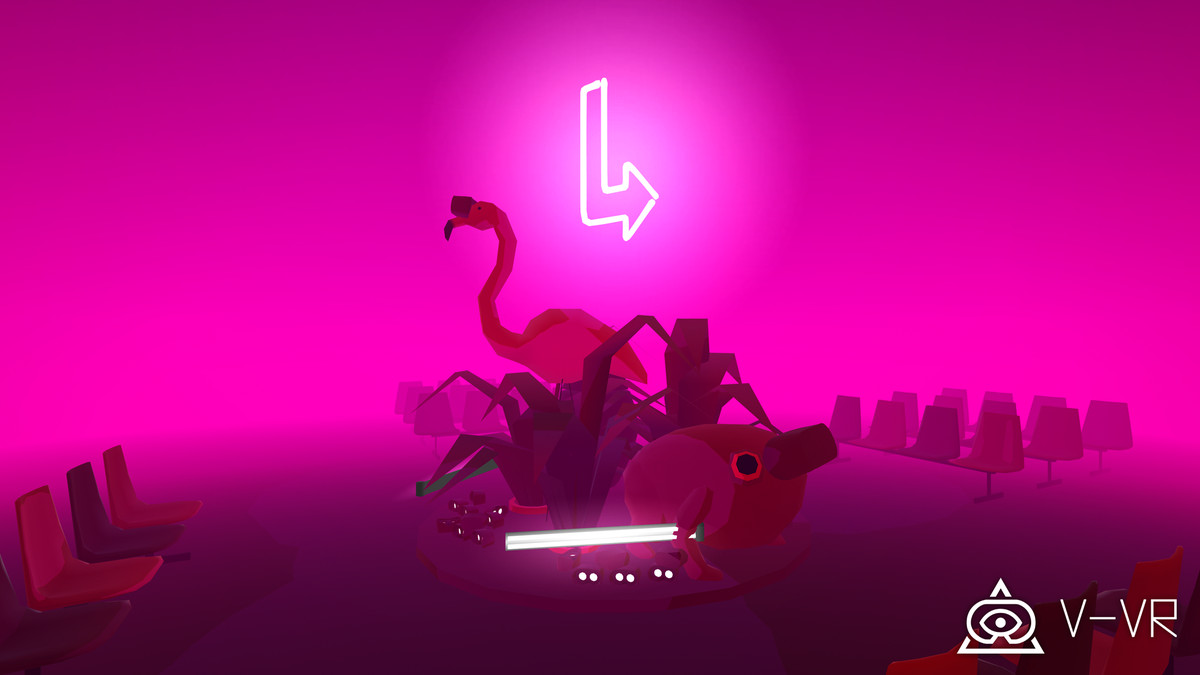 Indie studio Tender Claws, based in Los Angeles, announced its union petition in July 2022 — the entire proposed unit supported the effort. The group is called Tender Claws Human Union, a nod to its game Virtual Virtual Reality, which includes an in-game union for humans that work for AI. Tender Claws management recognized the union with representation from the CWA; contract bargaining began in November and is ongoing. 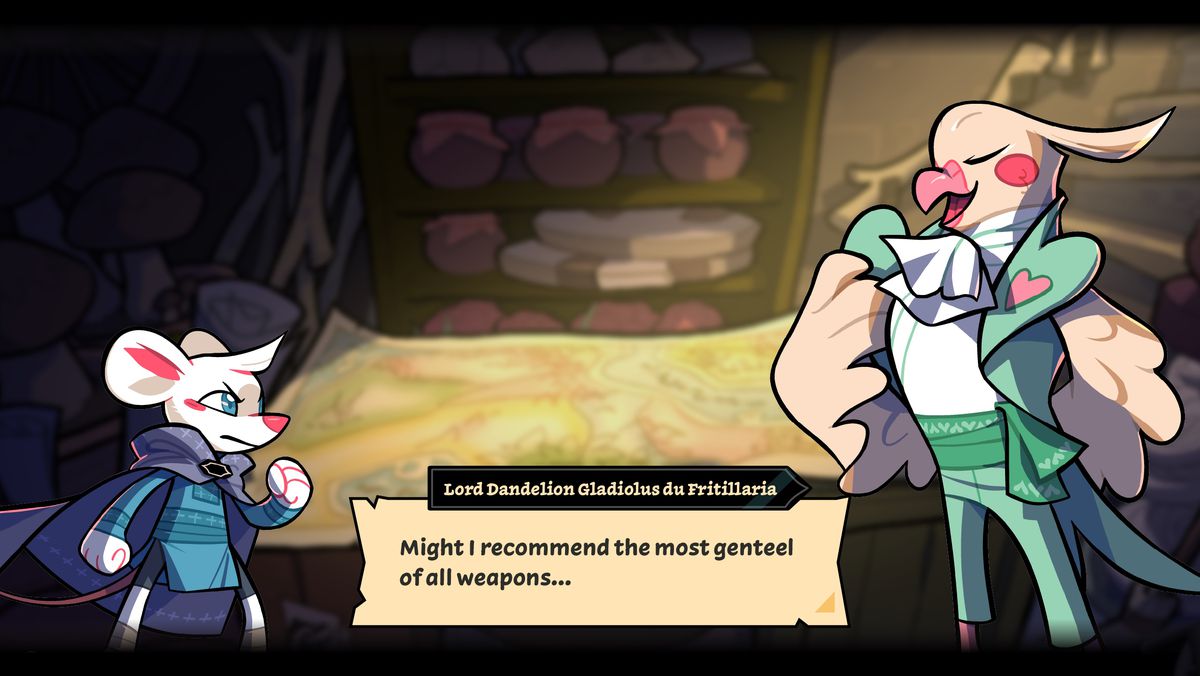 Vodeo Games’ debut — and only — title is Beast Breaker, a turn-based game mixed with a bit of Peggle. The video game studio is now defunct, shut down in 2022 due to a lack of funds. But the impact its workers made on the video game industry is still important: Vodeo Workers United, represented by the CWA, was the first video game industry union in North America.