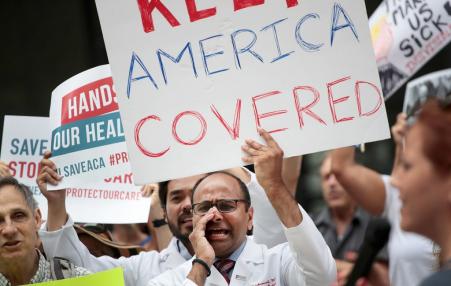 At issue was whether the health law’s insurance mandate still compelled people to buy coverage after Congress reduced the penalty to zero dollars as part of the tax overhaul that President Trump signed last December.
November 22, 2017

What You Need to Know about ACA Enrollment 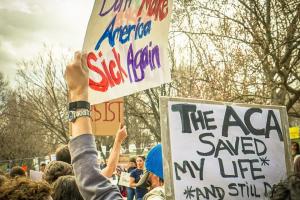 There seems to be breaking news everyday on how the ACA is now “dead” but don’t let that confuse you! The enrollment period is STILL coming up this November 1st and many of our friends and family may not even know. Here are the basics you need to know.
October 29, 2017 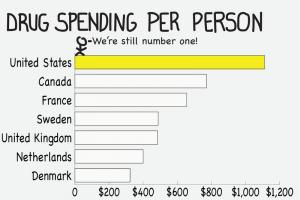 The Medicare Drug Price Negotiation Act of 2017 would finally allow the government to negotiate directly with drug companies to lower prices for Medicare beneficiaries, much like the VA and Medicaid do today.
March 13, 2017 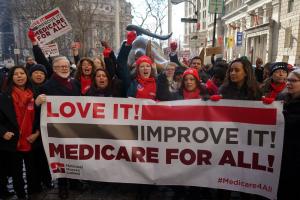 The Affordable Care Act never really solved the healthcare crisis. It treated healthcare as a commodity allocated through market forces rather than as a public good and failed to address the profiteering at the core of our healthcare system, forcing it to use a series of confusing and convoluted mechanisms to expand heath insurance coverage and regulate health insurance providers.

D. Taylor Huffington Post
Employer provided health insurance with low premium and out of pocket costs is an essential part of a decent job and a stable family. Every penny counts, and people who clean rooms and cook food for a living can't afford $5,000 or $10,000 deductibles and higher copays.
June 30, 2014 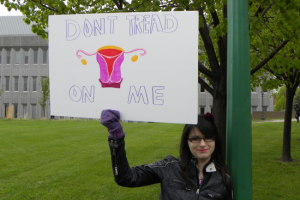 "In a decision of startling breadth, the Court holds that commercial enterprises, including corporations, along with partnerships and sole proprietorships, can opt out of any law (saving only tax laws) they judge incompatible with their sincerely held religious beliefs," Ginsburg wrote. She said she feared that with its decision, the court had "ventured into a minefield."

Obamacare Secret: If You Quit Your Job, You Have a Plan and Keep Wages 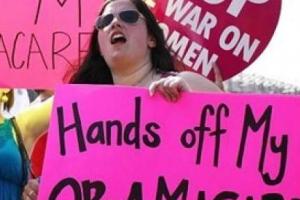 The most important benefit of Obamacare is the security it provides to the tens of millions of people who already had insurance—except that insurance, before the Affordable Care Act, was only as safe as their job.
January 14, 2014

Tangled Up in Dogma: Religious Freedom, or Reproductive Freedom?

The Backroom Deal That Could’ve Given Us Single-Payer 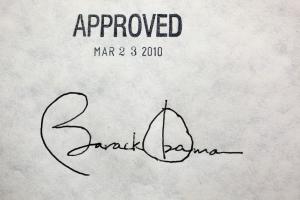 Labor Campaign for Single Payer Labor Campaign for Single Payer
Some unions have called for the repeal of Obamacare and a return to the status quo before its passage. We in the Labor Campaign believe that such a call would be a disaster for the labor movement. Rather, we believe that this is a moment to move forward to healthcare justice by ac- knowledging the weaknesses in the ACA while defending its gains and moving to establish a single-payer Medicare for All system that would make healthcare a right for everyone in America.
Subscribe to ACA