What Workers at Carrier and Rexnord Have to Say About Trump. 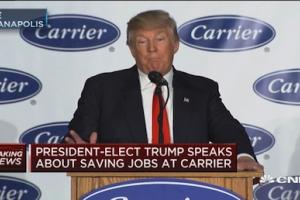 Time and again workers mention the same issue as to why they abandoned the Democrats: NAFTA. Feltner says, “The NAFTA bill is still fresh in people’s minds. The international was all, ‘Vote Democrat, Democrat, Democrat.’ Then they make an announcement about jobs going away and it’s because of NAFTA. The workers connect that to the Democrats, and Hillary was saddled with that.”

Ohio Factory Workers Fight for a Union: "Everyone Deserves a Seat at the Table"

Jeff Schuhrke Working In These Times 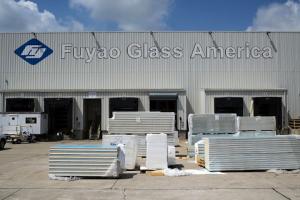 The Fuyao plant in Ohio illustrates changing trends in U.S. manufacturing jobs, which are beginning to resemble jobs in the fast food and retail sectors. While manufacturing is still popularly associated with living wages and competitive benefits, one-third of the families of frontline factory workers are now forced to go on public assistance due to substandard pay and benefits...
December 9, 2016

Donald Trump Is Bullying Unions. He Picked the Wrong Fight 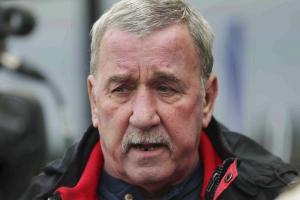 The president-elect slammed a Carrier union leader and then chose a fast-food executive to be labor secretary. The working-class will fight back
December 3, 2016 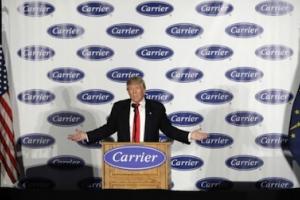 Sanders believes that neoliberalism is the heart of our problem ― that it leads to runaway inequality, a rigged political system, an exploitative Wall Street, and the full-scale assault on the living and working conditions of working people ― black, brown, white, gay, trans and straight. That system, he believes, also leads to the dramatic rise of incarceration, urban and rural poverty, and the stalling of real wages for the vast majority of the population.
Subscribe to Carrier