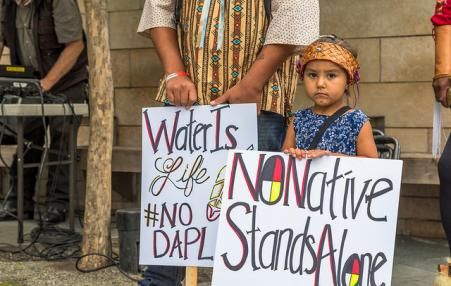 Records obtained through a recent Freedom of Information Act (FOIA) request reveal that the United States Army Corps of Engineers inappropriately attempted to guide the companies funding DAPL toward providing an environmental justice analysis of the pipeline that would conclude that there was no disproportionate impact on a racial minority. Internal Corps email excerpts -- received through discovery by Earthjustice -- show the decision makers behind the pipeline wearing lenses fogged with racism.
February 11, 2017 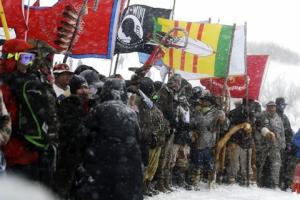 The web of conflicts that has enveloped the Trump administration has ensnared the pipeline project, too. The Guardian has reported that Trump has invested in the company building the pipeline, and that Energy Transfer Partners' CEO Kelcy Warren contributed both to Trump's presidential campaign and the Republican National Committee.
November 26, 2016 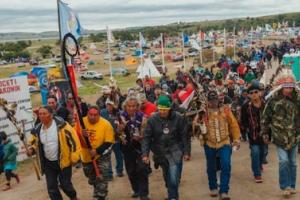 The Oceti Sakowin camp, on the banks of the Cannonball River, will be closed Monday, December 5, the letter warned. Any individuals found on Army land north of the river after that date would be considered trespassing and could be prosecuted.

Standing Rock Solid with the Frackers: Are the Trades Putting Labour’s Head in the Gas Oven? 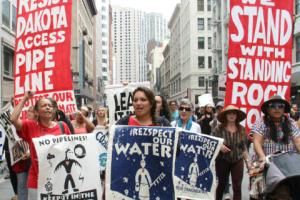 If anyone were looking for further evidence that the AFL-CIO remains unprepared to accept the science of climate change, and unwilling to join with the effort being made by all of the major labour federations of the world to address the crisis, the fight over the Dakota Access Pipeline (DAPL) provides only the most recent case in point. Progressive labour must, however, develop its own vision of an energy future.

Kate Aronoff In These Times 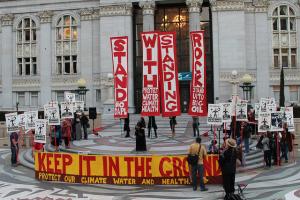 Between Trumka’s DAPL endorsement and the Fraternal Order of Police’s endorsement of Donald Trump for president, this week has shown a stark divide between parts of American labor and today’s social movements.
September 13, 2016

Standing Rock Protests: This is Only the Beginning 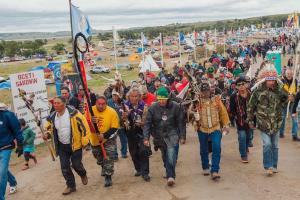 What’s happening at Standing Rock is extraordinary and possibly transformative for native rights, Sioux history, and the intersection of the climate movement with indigenous communities.
Subscribe to DAPL