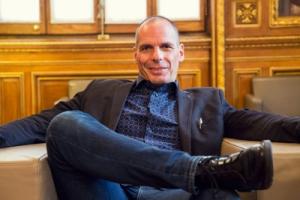 Greece's former finance minister under the radical Syriza government offers a revealing tell-all about modern capitalism through his battles over Greece’s debt with the “Troika”: the International Monetary Fund, the European Commission and the European Central Bank (ECB), and eventually with his own prime minister.
September 10, 2015 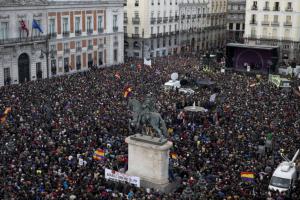 In upcoming votes for the European Union's most indebted countries, the left will have to battle both the forces of austerity and a resurgent xenophobic right. The backdrop for elections in Greece, Portugal, Spain, and Ireland is one of deep economic crisis originally ignited by the American financial collapse of 2007-08. The response of the EU is massive cutbacks in government spending, widespread layoffs, and double-digit tax hikes on consumers.
July 16, 2015

The Euro-Summit `Agreement' on Greece - Annotated by Yanis Varoufakis 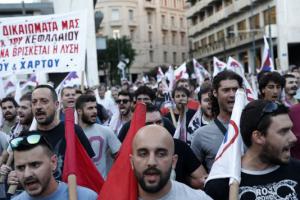 The Euro Summit statement (or Terms of Greece's Surrender - as it will go down in history) follows, annotated by yours truly. The original text is untouched with my notes confined to square brackets (and in red). Read and weep.
July 9, 2015 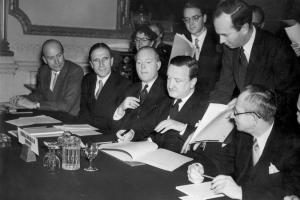 Economic assistance under the Marshall plan was important to both countries, but it was the granting of debt relief that made a difference to the Germans. After World War II, Germany not only received direct transfers of money - aid through the Marshall plan. Far more important than the $1.4bn was the granting of debt relief at the London conference of 1953.
June 18, 2015 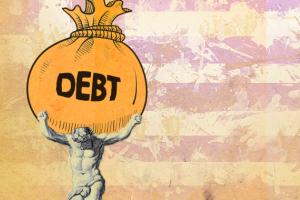 The Hellenic Parliament established the Truth Committee on Public Debt mandating the investigation into the creation and growth of public debt, and the impact the conditionalities attached to the loans have had on the economy and the population. All the evidence we present shows Greece not only does not have the ability to pay this debt, but also should not pay this debt because the debt is a direct infringement on the fundamental human rights of the residents of Greece
June 4, 2015

Europe at a Crossroads; Greece Puts Off IMF Payment; Call for Solidarity by European Left 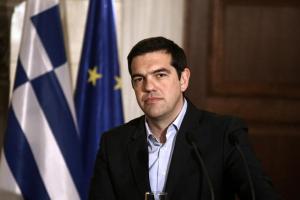 Europe is at a crossroads..the decision is now not in the hands of the institutions...but rather in the hands of Europe's leaders. Which strategy will prevail? The one that calls for a Europe of solidarity, equality and democracy, or the one that calls for rupture and division? If some think or want to believe that this decision concerns only Greece, they are making a grave mistake. I would suggest that they re-read Hemingway's masterpiece, For Whom the Bell Tolls.
April 9, 2015 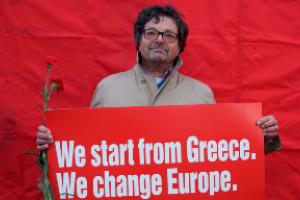 What is at stake in Greece goes very far beyond merely financial questions. It goes beyond the question of the fate of a small and historically very badly governed country with weak institutions that has suffered abominably in the wake of the crisis over the last five years...It goes even beyond that very grave situation...It goes beyond that to the future of Europe and beyond that, to the meaning of the word democracy in our time.
February 26, 2015 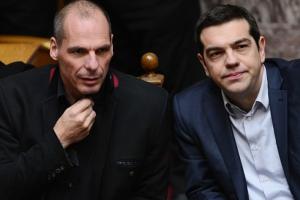 "Alexis Tsipras stated it correctly. Greece won a battle - perhaps a skirmish - and the war continues. But the political sea-change that SYRIZA's victory has sparked goes on. Greece has already changed; there is a spirit and dignity in Athens that was not there six months ago. Soon enough, new fronts will open in Spain, then perhaps Ireland, and later Portugal, all of which have elections coming. It is not likely that the government in Greece will collapse." *
Subscribe to ECB