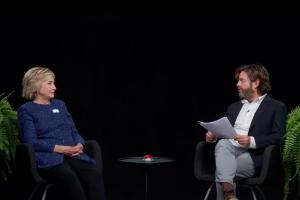 The candidate’s appearance on Zach Galifianakis’s satirical chat show was the funniest of her career.

Cora Lewis BuzzFeed News
The August decision by the National Labor Relations Board to allow grad students to organize is going to help boost the youth vote for Hillary Clinton. The Service Employees International Union is using them for voter registration drives on 45 campuses in 16 states.
September 17, 2016 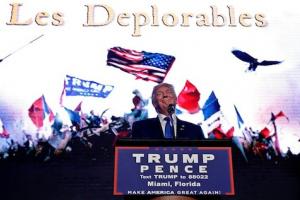 The call to leave the Democratic nominee protected by unarmed secret service agents, first made by Trump in May, raised eyebrows as a reversion to the undisciplined candidate of the primaries rather than the more scripted one of recent weeks.
September 16, 2016 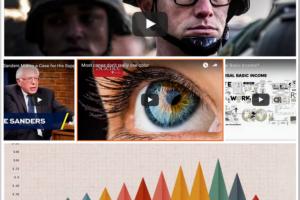 Bernie Sanders Makes the Case for Hillary Clinton. Snowden. What Is Universal Basic Income? How We See Color. Not What You Think. What Racism Has to Do With the High Cost of College.
September 16, 2016 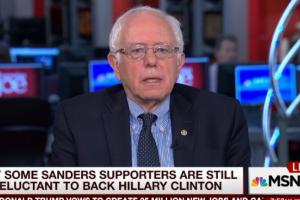 Senator Bernie Sanders urges his supporters to get over political personalities and take a hard look at issues affecting them before casting a protest vote.

Zachary Roth NBC News
Minimum wage referendums will be on the ballot in Arizona, Colorado, Maine and Washington in November. Democrats hope this will energize voters to come to the polls.
September 9, 2016

Greasing The Outstretched Palms of the Candidates 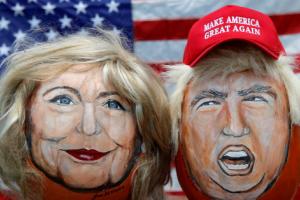 We are dealing with “a worldwide capitalistic system in which oligarchs, corporate CEOs and celebrity heads of state mingle to form a global elite that dictates a global agenda."
September 8, 2016 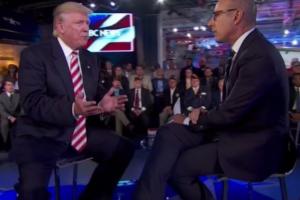 This was a big missed opportunity for the network-and for voters. It showed that Hillary Clinton and Donald Trump, will say just about anything to win in November. Hours before, Trump made an address in Philadelphia where he kowtowed to the Republican foreign-policy establishment, pledging to lavish tax dollars on the military. In a rambling answer to a question about Iraq, Trump noted the biggest mistake made in Iraq was that the U.S. did not 'take the oil.'
Subscribe to Hillary Clinton