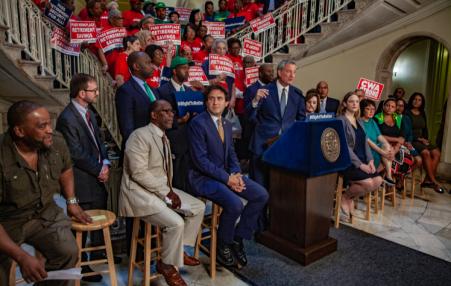 The government-promoted plans let employers completely off the hook and put the entire burden of retirement savings and investment management on workers. They put another nail in the coffin of traditional plans in which employers share the expense. 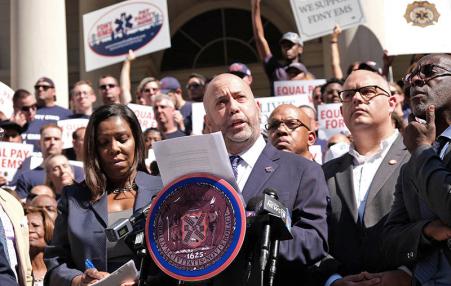 A coalition of labor and civil rights activists recently demonstrated in New York City to call for an end to pay discrimination against Emergency Medical Service workers.

America's Deadly Wealth Pyramid: Eric Garner Stood His Ground and was Crushed for It 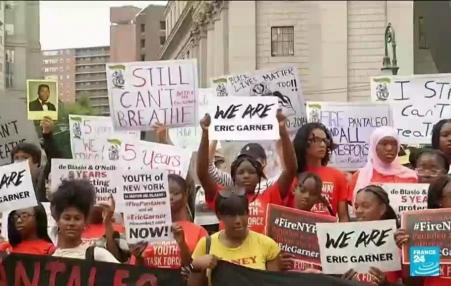 Garner scratched-out a living in the gray market. "Not today," he said, when cops came for him. Now he's dead

Cutting Off Our Nose to Spite Our Face: Amazon's Pullout Will Be Bad For The Very Workers That Opponents Of The Deal Claim To Care About

Hector Figueroa New York Daily News
Does Amazon’s decision to leave Long Island City for expanded operations in Virginia and Tennessee help Amazon workers seeking to organize? Not one bit. Does it hurt those efforts? Probably.

A Tale Of Many Cities: Potholes in the Road To Municipal Reform

Steve Early Talking Union
Gonzalez, in his book Reclaiming Gotham: Bill De Blasio and the Movement to End America's Tale of Two Cities argues that de Blasio has presided over the “most left-leaning government in the history of America’s greatest city." He "reports that, under de Blasio, poor and working class New Yorkers have received a $21 billion “infusion of income and economic benefits” which also includes long deferred wage increases.

DANA RUBINSTEIN and CONOR SKELDING POLITICO New York
Governor Cuomo" has yet to reach a contract agreement with CUNY’s faculty union, the Professional Staff Congress, whose more than 25,000 members have been without one since 2010, or District Council 37, which represents over 10,000 non-professional workers at CUNY and hasn’t had a contract since 2009." He’s denied CUNY staff a $15 minimum wage, even as he insisted upon it at the State University of New York.

Mayor de Blasio to Raise Base Pay for City Workers

MICHAEL M. GRYNBAUM The New York Times
New York City's Mayor Bill de Blasio will sign an agreement on Wednesday with DC37, AFSCME to raise the minimum wage to $15. This will cover about 50,000 municipal workers including DC37.
October 29, 2015

"Broken Window Policies" are Discriminatory and Should be Opposed in U.S., Israel 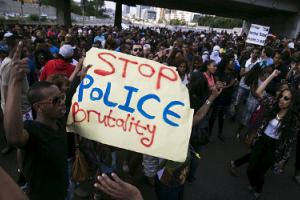 As Jewish New Yorkers, we firmly believe that no community can ever be safe through the oppression of another. Your advocacy of broken windows policing while in Israel reinforces the Israeli government's ongoing policies of discrimination against Palestinians. The military occupation of Palestinian communities, political and economic exclusion ...and discriminatory and violent policing by the military and police do not increase the safety of the Jewish people.
Subscribe to Mayor Bill de Blasio