OFL Statement on the Paris Attacks, Refugees and the Path to Peace 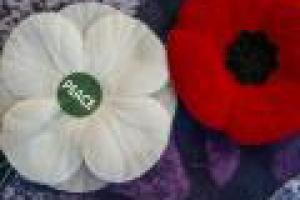 There can be no justification or excuse for the mass killings of innocent people of Paris. The horror experienced in Paris last week is not isolated, it has been played out with ruthless regularity in Iraq, Syria, Afghanistan, Palestine and many other countries, sometimes at the hands of Western forces. While Western hearts have been choked by the anguish of Parisians, we must also extend our horror and concern for millions of innocents throughout the world.
April 1, 2015

Valeria Costa-Kostritsky KRB Blog
A 2009 study found that in Paris, individuals perceived as ‘black’ or ‘Arab’ were, respectively, six and eight times more likely to be stopped and searched than individuals perceived as ‘white’. Sihame Assbague, a spokesperson for Stop le Contrôle au Faciès, finds this baffling: ‘We have a left-wing government caving to a really right-wing police union.’
January 11, 2015

Paris Anti-Terror Rally: All Religions, Ages And Nations in Massive Show of Unity 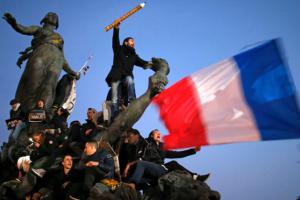 France’s Socialist government had called for a Republican march, but so many citizens responded to the call it became more of a crowded shuffle along the 3km route. President Obama's decision to skip the Paris march raises eyebrows.
Subscribe to Paris