The tragic death of Aaron Swartz, a 26-year-old coder and social activist, has shone a light on the sad truth about America’s misguided computer crime law and the breadth of discretion given to overzealous prosecutors 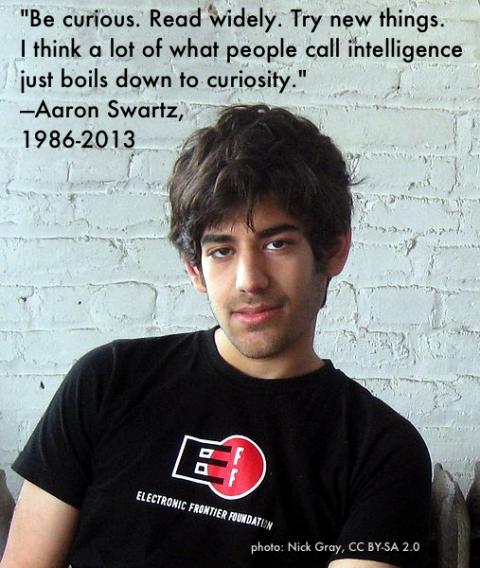 The tragic death of Aaron Swartz, a 26-year-old coder and social activist, has shone a light on the sad truth about America’s misguided computer crime law, the breadth of discretion given to overzealous prosecutors, and the unjust results that can occur when these two things work together. For instance, the Computer Fraud and Abuse Act (CFAA) has vague language that broadly criminalizes accessing a computer without "authorization," but doesn't explain what that actually means. It also contains heavy-handed penalties and shows no regard for whether an act was done to further the public good.

Proposed legislative fixes -- like Representative Zoe Lofgren's "Aaron's Law" -- are encouraging but don't go far enough. To fix the CFAA, we need to clarify the meaning of "unauthorized" to reflect that commonplace and privacy-protective "circumvention" techniques should not be crimes, and we also need to make penalties proportionate to offenses.

Brilliant, talented, visionary people should be spending their time building our future, not worrying about wasting away in prison. Congress must start by updating the CFAA to ensure the penalties make sense in light of the behavior they're meant to punish.