The 'War on Women' Isn't Over Yet

Despite the election results, efforts are still underway to restrict US women's access to healthcare and contraception 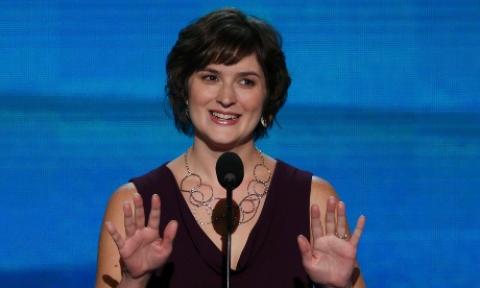 Attorney Sandra Fluke spoke at the DNC after she became embroiled in a controversy over birth control., Jason Re

It was a year ago when Georgetown Law student Sandra Fluke testified in front of an all-male congressional panel about the importance of making birth control affordable to every American woman. After being publicly taunted and called a "slut" by radio personality Rush Limbaugh, people across the nation rallied in Ms Fluke's defense and started waking up to a growing "war on women".

The harassment of Ms Fluke highlighted an out of touch and growing anti-women movement that outraged voters right through election day. Certain male politicians made headlines for their offensive comments about rape and grossly inaccurate remarks about how the female body works. They learned their lesson when mostly pro-women candidates scored victories on election night.

But the attacks on women went far beyond campaign soundbites. In 2012, 42 states and Washington DC adopted 122 provisions relating to both reproductive health and access issues. A third of these laws specifically limited access to abortion services, either through medically unnecessary but required services, funding restrictions, or reductions of abortion coverage in health insurance plans. Sadly, no laws were adopted to actually increase or improve access to family planning or comprehensive sex education.

At Planned Parenthood, we were in the middle of these fights. Two states disqualified family planning providers like us from state funding last year, although that was down from 2011 when seven states defunded us.

Three months into 2013, many are asking, what kind of year will this be for women?

Look no further than the reauthorized Violence Against Women Act (VAWA), which assists victims of domestic and sexual violence. The bill, crafted in 1994, has been reauthorized twice since – without dispute and with bi-partisan support. But not this year. Conservatives were concerned with expanding protections for Native American women, LGBT individuals, and immigrants. Don't these groups of people deserve the same rights and protections as women elsewhere?

It's hard to understand a political strategy that opposes a measure meant to protect women against violence. The bill passed with unanimous support from House Democrats, combined with backing from 87 Republicans. Yet Republicans who opposed the measure outnumbered those who voted for it. It makes one wonder if those opposing VAWA learned anything from the 2012 election – or are they deliberately ignoring and being negative on women's issues?

The situation at the state level isn't much better. In January, legislators introduced 430 provisions related to reproductive health and rights, more than a third of which would restrict access to abortion.

In Colorado, for example, despite overwhelming evidence in the elections that men and women voters opposed attacks on women, several lawmakers chose to waste public resources and introduce five anti-choice and anti-women bills. Fortunately, all of these measures were defeated. Thanks to the pro-women champions in our state house and senate, Colorado is one state that has no tolerance for legislation that supports an anti-women sentiment.

Most of our lawmakers are focused on productive and positive legislation. Take the introduction of a comprehensive sex education bill, which will ensure that our state's teens and youth have access to complete, medically-accurate information about sexual health. And the Crimes Against Pregnant Women Act, which will enhance criminal penalties in the tragic circumstances where a woman's pregnancy is abruptly ended by the intentional, reckless or careless criminal behavior of another person; it also provides protections on abortion, for the woman, and is against establishing so-called "fetal personhood".

Colorado is often considered a "state to watch" because it can indicate national perspectives and trends. This is because we have a mix of perspectives: from progressive to ultra-conservative, extremely rural to intensely urban, from highly engaged to ardently independent. Even with these diverse viewpoints, Colorado voters have rejected so-called "personhood" amendments by overwhelmingly 3-to-1 majorities in two elections.

Recent polling released by Project New America and Keating Research shows that 62% of Colorado voters agree: "A woman should be allowed to have an abortion based on her personal values and her doctor's advice." Seven out of 10 Americans back the 1973 ruling in Roe v Wade that made abortion legal in the United States. And almost 70% of Americans view Planned Parenthood favorably – many more than the 14% who approve of Congress.

While it's too early to make predictions about whether 2013 will be the Year of the Woman, we do know that the average American supports a woman's ability to make private medical decisions about her own body, and for herself. We may never see the day where the public's wishes fully trump certain ideologies, but as a nation, we can and must advance the conversation about supporting women and the choices they make.