Method and Madness in Science and Art

What are the implications for art and science collaborations? Despite popular perception, there are many similarities in the ways that artists and scientists approach their work. Ultimately, the methods and the products may be different, but if there is a mutual interest in, and respect for, the ‘other’ side’s practices, then these sorts of collaborations are likely to succeed. Through this kind of exchange, artists and scientists can learn from one another. 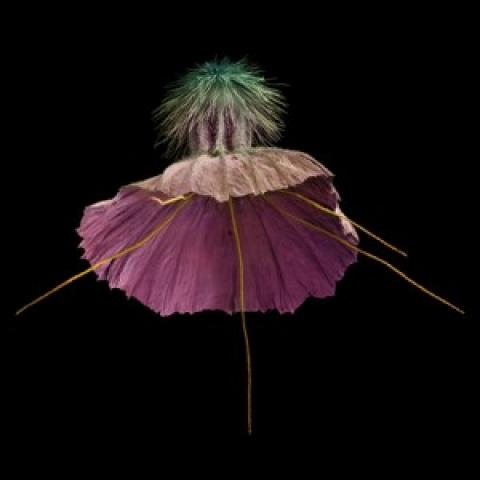 A strange thing has happened to scientists: increasingly, articles assure us, we are ‘cool’. Perhaps it is the rise of Silicon Valley and of a generation of telegenic science presenters that is making the scientist and researcher start to seem like a bit of a rock star or even (dare I say it) a famous artist? But while we are dispelling the myth that scientists are rather dull types, perhaps we could also dispel the myth that science itself is a rather dull, predictable process? From Newton and the apple, to the discovery of penicillin in Alexander Fleming’s untidy lab, science is full of major advances flowing from unexpected, messy moments of inspiration.

At the recent Ideas in the Bath event at the British Library, eminent climatologist Chris Rapley suggested that, in fact, science is profoundly dependent on these ‘little’ zigs and zags. Rapley himself linked his career change from X-Ray astronomy to Earth observation – and its world changing results – to a chance discussion with a colleague in the office. And, more recently, it has been suggested that in the case of data-driven science, inductive approaches to the data may reveal far more than an approach designed to test a single specific hypothesis. There are a multitude of ways in which science happens—some incredibly methodical, others rather less so.

With that myth out of the way, let’s turn to another: that the making of art is a chaotic, unstructured, and entirely un-methodical process. Are all artists scatter-brained, ‘troubled’, and incapable of putting an intelligible sentence together? Au contraire! Good research underpins and provides a foundation for most good art that’s out there. Artistic research, like scientific research, takes a many forms: for instance, it might be systematic experimentation with materials and techniques, or it might be background research and reading to help formulate ideas that are tested in miniature before making it anywhere near a canvas. Artistic decisions are not arbitrary, and where randomness appears in art, its presence as randomness is rarely actually random.

A fascinating exhibition at Central Saint Martins, Making Knowledge, takes a detailed look at the research process in art and design. Laying bare the practices of nine artists and designers from the College, it illuminates the hidden research that underpins their final works. For example, the delicately coloured botanical electron microscope images of Rob Kesseler are the result of a lengthy research process: he starts his work very much as a naturalist, collecting, identifying and drawing natural specimens. This process, which might seem unnecessary when it comes to the final images he produces, is actually essential research inasmuch as he is becoming acquainted with his subjects. It is only after this background research that he creates the images that go into his final work. The images that he ultimately produces – enormously magnified botanical subjects – do not exist in nature, but are composites of electron microscope images, carefully pieced together and coloured in a particular way in order to become art. Each step in the process is planned. In art, like science, there tends to be a method to the madness.

What are the implications here for art and science collaborations? Despite popular perception, there are many similarities in the ways that artists and scientists approach their work. Ultimately, the methods and the products may be different, but I do think that if there is a mutual interest in, and respect for, the ‘other’ side’s research practices, then these sorts of collaborations are more likely to succeed. Through this kind of exchange, artists and scientists can learn from one another. In the case of Rob Kesseler’s work, the artistic process makes visible features of plants that would be otherwise invisible. And is that not… a kind of science?

What do you think?

Johanna Kieniewicz has a PhD in Earth and Planetary Science, a foundation degree in fine art, and spends a good deal more time in galleries and museums than is really healthy. She is passionate about art and science and relishes her job in science at one of the world's great cultural institutions, The British Library. Naturally, this blog represents only her views – and those of her contributors – and not those of her employer.