What should have been a model for health care reform faces an uncertain future. Because the Affordable Care Act (ACA) tilts the playing field to disadvantage multiemployer plans, this decades-old gain of the labor movement may be irreparably damaged. 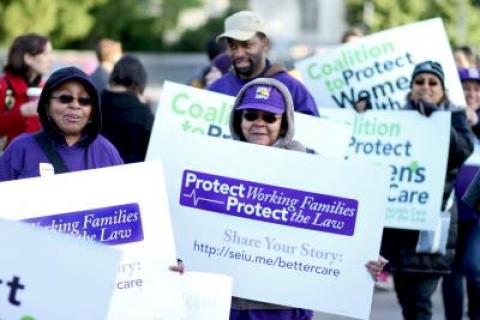 Members of Service Employees 32BJ demonstrated for Obamacare outside the Supreme Court—but now it looks like the health care law will harm multiemployer benefit funds like theirs., David Sachs, SEIU International.