Some 40,000 workers at more than 250 New England supermarkets approved new collective bargaining agreements this month in an uneasy embrace by their union of the Affordable Care Act of 2010, also known as Obamacare. 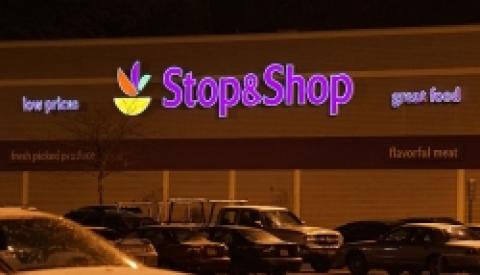 Some 40,000 workers at more than 250 New England supermarkets approved new collective bargaining agreements this month in an uneasy embrace by their union of the Affordable Care Act of 2010, also known as Obamacare.

The contracts between the regional Stop & Shop grocery chain and five separate locals of the United Food & Commercial Workers (UFCW) union were ratified in rank-and-file votes held March 10—but only after tortured contract talks that centered on the impact of Obamacare on low-income shelf stockers, check-out clerks and other part-time workers, UFCW leaders say.

In the end, despite what the union sees as favorable provisions on wages and most other issues, the new contracts will eliminate existing health insurance coverage for thousands of Stop & Shop part-timers.

When the union enthusiastically backed President Barack Obama’s health insurance reform proposals back in 2009-2010, “this is not what we bargained for," says Don Clifford, president of UFCW Local 1459 in Springfield, Mass.

The extraordinary difficulty in negotiations, Clifford says, was devising an entirely new program to help many part-timers obtain other forms of insurance before a looming cut-off of existing coverage. The cut-off will be triggered  in January 2014 when key provisions of Obamacare go into effect, which will in turn balloon Stop & Shop's cost to provide coverage to all of its workers. To avoid that, Stop & Shop proposed to maintain full coverage for the bulk of its workers, but to end coverage for some of the part-timers. Clifford says the union could not allow those part-timers to be cut off entirely, so concocted an elaborate plan to cover part-timers in the final contract with Stop & Shop. But “this is uncharted territory," he says: No one knows how well the plans will work in practice.

Stop & Shop is not eager to talk about the plan. Spokeswoman Suzi Robinson, for example, would not even provide an estimate of the number of its workers who will be cut off. She would only say that more than half of its current 40,000 workers are part-time employees, and that some percentage of that group will lose existing coverage. Union estimates are not even very precise: One educated guess pegged the number of employees losing health benefits at near 10,000.

What is clear is that some insurance costs will become the responsibilty of working families or government agencies, rather than the joint labor-management health plans run by UFCW and Stop & Shop. Many part-timers are young people and students, Robinson says, and already have coverage through their parents’ insurance, or by low-cost student plans offered by colleges and universities. Other workers already have coverage through their spouses, or will be able to obtain coverage through spouses in the future, she says. And, Clifford adds, there will certainly be cases where some low-income part-time workers will qualify for Medicaid, or other government programs designed to assist the poor.

But Stop & Shop is not merely trying to push off health insurance costs onto workers' families or taxpayers, the union leader says. There are numerous options open to workers losing insurance, he says, and Stop & Shop has pledged to work with the union to see that workers aren’t left uninsured and exposed. One element of the contract, for example, creates tax-free “Health Saving Accounts” for workers moving into health plans with high deductibles. Stop & Shop will kick in an initial $1,500 per employee to such accounts, with continued contributions in the following years.

A number of UFCW officials outside of New England are eagerly studying the precise details of the contract settlement, says Harvey Whille, president of UFCW Local 1262 in Clifton, N.J. That’s because separate labor contracts for Stop & Shop supermarket workers in New York and New Jersey come up for renegotiation later this year. The New England settlement is expected to be a starting point for negotiations on a contract to cover about 6,000 Stop & Shop employees represented by Local 1262, Whille says.

And that extends to Maryland, Virginia, Delaware, and the District of Columbia as well, where Stop & Shop’s parent company, Dutch food retailer Ahold, operates another very similar chain that goes under the name Giant Food. UFCW Local 400 and Local 27, both in Maryland, are also expected to begin new contract talks later this year. Throughout the New England and Mid-Atlantic regions, Ahold is estimated to employ about 120,000 workers, with about 70,000 represented by various different UFCW locals. The new contract settlement, then, stands to have an impact on up to 70,000 union members and their families.

The New England union leaders “look like they did a good job with the contract, especially with the wage package,” Whille comments, and UFCW locals in New Jersey and elsewhere will be looking to replicate that success. Rick Charette, president of UFCW Local 1445 in Dedham, Mass., says hourly raises of 95 cents to $1.62 over the life of the three-year contracts represent one of best wage increase deals for unionized grocery workers anywhere in the country.

Despite the difficulties, the New England contracts are a major step forward in integrating Obamacare into existing union health care arrangements for UFCW members working at large grocery chains, Charette says. It has been a painful process, he admits, and it is a bad sign for the future that overall healthcare costs for employers are continuing to rise. These increasing costs make good health insurance plans unsustainable for any union to insist upon in the long term, and Congress will inevitably have to revisit Obamacare in the not-too-distant future, he predicts.