Claiming the 1963 March on Washington

It is barely remembered that the March was for freedom and jobs. The demand for jobs was not a throwaway line in order to get trade union support but instead reflected the growing economic crisis affecting the Black worker 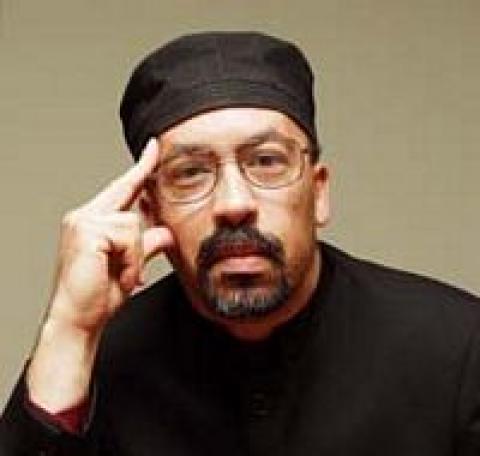 August 2013 represents the 50th anniversary of the historic March on Washington. Publicly associated with Dr. King’s famous “I have a Dream” speech, this march brought more than 250,000 people to Washington, DC to demand freedom and jobs. Initiated by Brotherhood of Sleeping Car Porters President A. Philip Randolph, this became a joint project with the Southern Christian Leadership Conference, and went down in history as a powerful show of force against Jim Crow segregation.

It is barely remembered that the March was for freedom and jobs. The demand for jobs was not a throwaway line in order to get trade union support but instead reflected the growing economic crisis affecting the Black worker. It is also barely remembered that the Student Non-violent Coordinating Committee played a key role in the March and that the original speech to have been offered by SNCC’s then chairman John Lewis (now, Congressman John Lewis) was censored due to its militancy.

Over time, this great March has risen to levels of near mythology. The powerful speech by Dr. King, replayed - in part - for us every King Day has eclipsed all else, so much so that too many people believe - incorrectly - that the March was King’s march rather than that he was a major player in a project that was much larger than himself.

As August 2013 has approached it has been noticeable that there has been very limited public discussion regarding an anniversary march to commemorate the 1963 event. What has, apparently, been taking place are a series of closed door discussions regarding some sort of celebratory action. What has been particularly disturbing are the suggestions that any one person, organization, or family can claim the legacy of the March. But, should any one constituency claim that legacy it is a group that does not appear to be at the table: Black labor.

Randolph and other Black labor leaders, particularly those grouped around the Negro American Labor Council, responded to the fact that the Black worker was largely being ignored in the discussions about Civil Rights. Additionally, the economic situation, as referenced earlier, was becoming complicated terrain for Black workers. As Nancy Maclean has pointed out, the elements of what came to be known as “de-industrialization” (which was really part of a reorganization of global capitalism) were beginning to have its effect in the USA, even by 1963. As with most other disasters, it started with a particular and stark impact on Black America.

In 2013, the Black worker has been largely abandoned in most discussions about race, civil rights, etc. As National Black Worker Center Project founder Dr. Steven Pitts has repeatedly pointed out, with the economic restructuring that has destroyed key centers of the Black working class, e.g., Detroit, St. Louis, much of the economic development that has emerged has either avoided the Black worker altogether or limited the role of the Black worker to the most menial of positions. Thus, unemployment for Black workers remains more than double that of whites and hovers around Depression levels in many communities.

In that sense, August 2013 must not be a reunion tour of old civil rights leaders - with all due respect - reminiscing about a bygone era, but needs to be a militant display of mass disapproval of the manner in which both race and class are playing themselves out in today’s USA. August 2013 cannot be held hostage to discussions which focus solely on the memory of Dr. King - and who can claim that memory - but must recognize the breadth of the movement that brought about the famous 1963 March on Washington.

Yet more importantly, August 2013 must be about today and the issues that are affecting the dispossessed, including but not limited to Black America. It must be a moment to highlight the attacks and the struggles that the bottom 90% of the population are engaged in fighting. It must be a moment to reissue the call for jobs and freedom, bringing those demands into the 21st century by emphasizing issues that include voting rights plus genuine economic development; peace and planetary survival.

I participated in the 1983, 20th anniversary March on Washington. Although it attempted to raise the issues of the day, e.g., the threat of Reaganomics, what could also be seen was the canonization of Dr. King as a central feature for too many of the marchers. One of the worst ways to remember Dr. King, and for that matter the 1963 March, is by canonizing any individual. One of the best ways to remember Dr. King and the March is to use the inspiration from that great day in August 1963 as the energizing force for another round of struggle.
_____________________

BlackCommentator.com Editorial Board member and Columnist, Bill Fletcher, Jr., is a Senior Scholar with the Institute for Policy Studies, the immediate past president of TransAfricaForum, and the author of “They’re Bankrupting Us” - And Twenty Other Myths about Unions. He is also the co-author of Solidarity Divided: The Crisis in Organized Labor and a New Path toward Social Justice, which examines the crisis of organized labor in the USA