Teachers at one of Chicago's largest charter- school networks - run by the United Neighborhood Organization - have voted to organize into a union. Public school teacher, responds to question - what is behind charter schools. Idea of a motivated community of adults - parents, teachers, administrators - creating a unique school from the ground up, designed to serve that particular community - are not charter schools. AFT calls for moratorium on Common Core testing. 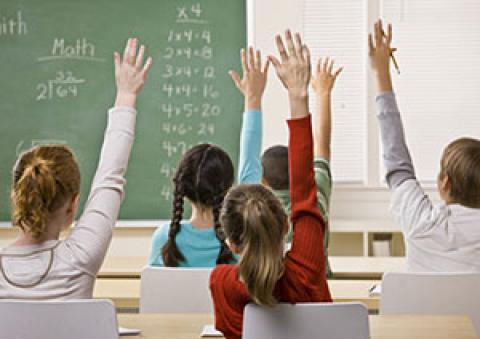 "The fact that the changes are being made nationwide without anything close to adequate preparation is a failure of leadership, a sign of a broken accountability system and, worse, an abdication of our responsibility to kids, particularly poor kids."

NEW YORK - To get the transition to the Common Core State Standards right and realize their potential to prepare all students for college, career and life, American Federation of Teachers President Randi Weingarten today called for a moratorium on the stakes associated with Common Core assessments until the standards are properly implemented and field-tested.
Weingarten delivered this call in a speech sponsored by the Association for a Better New York, where she made clear that if implemented properly and in partnership with educators, the new, deeper Common Core standards for math and English language arts can transform teaching and learning and provide all children with the problem-solving, critical-thinking and teamwork skills they need to compete in today's changing world.
"If we're able to step on the accelerator of quality implementation, and put the brakes on the stakes, we can take advantage of this opportunity and guarantee that deeper, more rigorous standards will help lead to higher achievement for all children," Weingarten said.
Weingarten said a moratorium is necessary on the consequences of high-stakes tests to allow for midcourse corrections, as needed, in aligning the standards, curriculum, teacher training, instruction and assessments.
Forty-five states and the District of Columbia have adopted the Common Core State Standards, but some states and districts, including New York, are giving students assessments based on the standards before they have been implemented, without giving teachers the tools and resources they need to make these instructional shifts, and based on content students may have never seen, Weingarten said.
Weingarten made clear that this is not about stopping the tests, it's about decoupling the tests from decisions that could unfairly hurt students, teachers and schools. Right now, nationally and in New York, test scores may be used to determine if a student advances or is held back, to designate a school's performance, to evaluate educators and even to decide school closures.
"The fact that the changes are being made nationwide without anything close to adequate preparation is a failure of leadership, a sign of a broken accountability system and, worse, an abdication of our responsibility to kids, particularly poor kids," said Weingarten. "These standards, which hold such potential to create deeper learning, are instead creating a serious backlash as officials seek to make them count before they make them work. They will either lead to a revolution in teaching and learning, or they will end up in the overflowing dustbin of abandoned reforms."
A recent AFT poll found that 75 percent of teachers support the new standards, but that they have not had enough time to understand them, put them into practice or share strategies with colleagues.
"Can you imagine doctors being expected to perform a new medical procedure without being trained in it or provided the necessary instruments - simply being told there may be some material on a website? Of course not, but that's what's happening right now with the Common Core."
Weingarten called for a moratorium on the stakes linked with Common Core assessments for students, teachers and schools until an implementation plan is developed in partnership with teachers, parents and community and is field-tested in classrooms. She said that during this transition period, states and districts must work with teachers to develop a high-quality curriculum and professional development, provide teachers and students with the time needed to try out new methods of teaching to the standards in their classrooms, commit financial resources to ensure its success, and engage parents and community. Then, the assessments should be field-tested to ensure that the curriculum, teaching and testing are actually aligned.
"This moratorium - this transition period before high stakes are attached to the assessments - can't be a period of inactivity. It must be a time of intense activity in order to properly implement the standards," said Weingarten. "When states and districts get the alignment right - moving from standards to curriculum to classrooms to feedback and improvement - student success will follow. But until then, a moratorium on stakes is the only sensible course."
"If businesses field-test new products as a matter of course why would we do something less in education?" asked Weingarten.
The AFT believes there is a very important role for accountability, but the call for a moratorium is to make accountability real.
"Everyone who has a responsibility for our children's education has to take responsibility for making sure the Common Core is supported, implemented and then evaluated correctly," said Weingarten. "That's what making accountability real means."
Weingarten pointed out that the federal government has spent $350 million on new high-stakes tests aligned to the standards but nothing has been specifically targeted to prepare teachers. The Fordham Institute estimates the cost of implementation could run as high as $12 billion nationally.
The AFT has tried to fill the breach, Weingarten said. Share My Lesson, a joint venture of the AFT and TES Connect, is an online platform with thousands of resources aligned to the Common Core standards. The AFT has trained hundreds of teachers in Common Core-aligned math and reading courses so they can support other teachers. And the AFT Innovation Fund continues to provide grants to AFT affiliates engaged in Common Core work. For example, teachers at the Edwards Middle School in Boston, with the help of the Innovation Fund, are spearheading the creation of Common Core-aligned lessons. In the three months they've been on Share My Lesson, these resources have been downloaded more than 28,000 times.
Weingarten also highlighted districts, such as Cleveland, and states, such as Kentucky, that are trying to build effective implementation programs, but she made clear that everyone everywhere must be engaged in this work to make the potential of the Common Core a reality for all students.

"This is our chance - and it must be our choice - to get this right. Rhetoric about urgency can't trump quality, equity and sustainability,"
Weingarten said.

Stephanie DeBellis, an Albuquerque, N.M., elementary school teacher, said these standards "make it very easy for teachers to look at the end goal and backward-plan to make sure that your children have critical-thinking skills."
She added, "We're moving away from rote memorization, drilling children, and moving more toward getting deeper into the content and really being able to not only apply our knowledge but transfer it from one thing to another. And how you achieve your goals, and how you meet your standards, is up to you."
Stanford University education professor Linda Darling-Hammond expressed support for the moratorium and the need to get the implementation right.
"The AFT is absolutely correct that schools and teachers need time and resources to get the new standards right," said Hammond. "The standards will not teach themselves: Teachers need to study them, organize new curricula and develop new pedagogies to help students succeed. They will need to score new assessments, analyze data and examine student work to inform their instruction. And the many under-resourced schools in our highly inequitable system will need the investments in curriculum materials, technology and staff support to give their students a level playing field. The new assessments should be used, as they are in high-achieving nations, for information to guide these investments, rather than for sanctions and punishments."
The president of the New York State United Teachers, Richard C. Iannuzzi said a moratorium would help other states avoid New York's implementation blunder.
"A moratorium would ensure that other states don't make New York's mistake. Students, teachers and schools shouldn't be held accountable until there is a transition period to ensure the implementation plan is fully carried out," Iannuzzi said.
UFT President Michael Mulgrew also highlighted the need for a moratorium.
"New York State's rush to implement the new standards, along with the city's obsession with high-stakes testing and its failure to provide a curriculum to help children meet this new challenge, have helped foster the growing opposition to the Common Core," said Mulgrew.  "A moratorium on consequences like holding children back on the basis of these tests would help create more support for this important initiative."
Read Washington Post story here
TAKE ACTION: Tell U.S. Secretary of Education, Arne Duncan, and your state commission of education to support a moratorium on high stakes connected to Common Core assessments.