The Unhappy Marriage of Economics and Health Care

For 40 years, many economists' have promoted increasing cost sharing through higher copayments and deductibles, the replacement of fee-for-service payment systems with capitation as in Health Maintenance Organizations, and competition where multiple insurers offer a variety of plans catered to individual consumer's interests and in competition with each other. These practices have produced the worst of all worlds, rising costs along with restrictions on access. 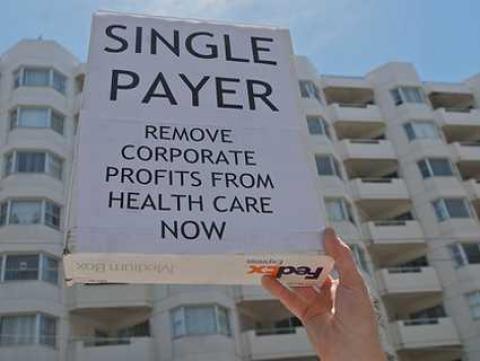 The Unhappy Marriage of Economics and Health Care

America's health care system is collapsing, and we can blame the Economics profession. Most economists approach health care in the wrong way, viewing it as a commodity like shoes or the laptop on which I write. Instead, health care is an idiosyncratic commodity, subject to uncertainty and "asymmetric information" leading to destructive behavior. Trying to force health care into a box, treating it like other commodities, economists have promoted cost sharing, market competition, and insurance oversight of health care providers that have inflated the administrative burden while denying ever more Americans access.

Health care spending has been rising throughout the world as aging and more affluent populations spend on their health. Nowhere, however, has the cost of health care risen as fast as in the United States where costs soared because of rising administrative expense. Compared with other affluent countries in the Organization for Economic Cooperation and Development (the OECD), the United States spends over twice as much per person as is spent elsewhere. Before 1971 when Canada enacted its Medicare program, a single-payer government funded health care system, Canada spent a higher share of its national income on health care than did the United States; since then, however, while Canada has controlled costs, spending has soared in the United States so that we now spend over $3000 more per person. That is $12,000 for a family of four that is not available for travel, education, housing, or food.

Rising costs drive up health insurance premiums so that a family health insurance plan now costs about 40% of the average family wage income, up from 7% in 1960. Rising costs are denying ever more Americans access to health care even while businesses and governments wrestle with rising health care spending that squeezes resources available for other purposes. While other countries have controlled health care costs by restraining administrative expenses and drug prices, ballooning costs in the United States come from policies promoted by economists who have urged governments and providers to control costs by making consumers responsible for more of the costs even while raising administrative costs and ignoring monopolistic pricing of pharmaceuticals. Viewing the injured, sick, and disabled as "consumers," economists see insurance as the source of rising costs because they are not responsible for the costs of care they receive and, therefore, overuse health care. Rising copayments and deductibles are intended to discourage "consumers" from "abusing" health care, as if the victims of auto accidents or cancer should shop around for cheaper, and competition among insurers while limiting provider services by providing more administrative supervision. Ignoring evidence that Americans are less likely to see doctors and other health providers than are residents of other affluent countries, these economists have blamed the high cost of our health care on insurance which, they assume, leads to wasteful over-practice and the provision of unnecessary health care services. Their solution is greater cost sharing, more regulation of providers, capitation, and even the end to insurance by substituting medical savings accounts for insurance.

For 40 years, many economists' have promoted increasing cost sharing through higher copayments and deductibles, the replacement of fee-for-service payment systems with capitation where providers are paid a fixed amount for patients as in Health Maintenance Organizations, and competition where multiple insurers offer a variety of plans catered to individual consumer's interests and in competition with each other. Far from limiting health care cost increases, these practices have produced the worst of all worlds, rising costs along with restrictions on access. Costs have risen because these recommendations have inflated the administrative burden in health care, the costs of the billing and insurance activities within provider offices as well as the cost of the health insurance industry itself. While restricting access, limiting the benefit to Americans of some of the dramatic improvements in health care practice of the last decades, these practices have not bent the cost curve or slowed health care inflation even while denying more and more Americans access to affordable health care.

The failure of price incentives and competition to control health care costs could have been predicted had economists appreciated that health insurance is not a commodity and the sick are not consumers like those shopping for the best pair of sandals or brand of peanut butter. Producers of commodities might try to accommodate consumer wishes because they can profit by selling more. Health insurers, on the contrary, can better increase their profits by selling less, by identifying people likely to need care and driving them away ("lemon dropping") even while attracting the lucky and healthy ("cherry picking"). Most health care expenditures go to a relatively few people, the unlucky who develop an illness or suffer an accident; insurers, therefore, can dramatically lower their costs by finding those who will be expensive and getting rid of their business; encouraging them to find another insurance plan or even to die.

A form of "adverse selection," or screening of potential customers by insurance companies, can be profitable for the individual firm but it comes at the cost of raising costs for the community as a whole. As a country, we now spend almost $200 billion administering the health insurance industry and over $800 billion in administering the health care industry, or over a quarter of total spending. Add to this the inefficiency in delivery that comes from a fragmented finance system that inhibits coordination of care, and the inflated prices for prescription drugs, and easily a third of total spending is wasted or going to monopolistic profits.

The waste involved in the current system has a redeeming feature: it provides abundant space for an improved system that could improve access and services even while dramatically lowering costs by eliminating administrative waste. If we lowered administrative costs and drug prices to the Canadian level, we could save nearly $600 billion dollars, more than enough to provide coverage to all of the uninsured while improving access for the millions of underinsured. If we see past the bad recommendations of market-fundamentalists, we can improve health care and save money. An outcome that even economists should favor.

Professor Friedman has written extensively on single payer health care and HR 676. His article explaining the economics of single payer is available here: