If we don’t want our state and national laws drafted by corporations in partnership with right-wing ideologues impervious to empirical evidence of the toll their ideas take, we citizens of all backgrounds who believe in “government of the people, by the people, and for the people” must come together to find our voices and vote our values. 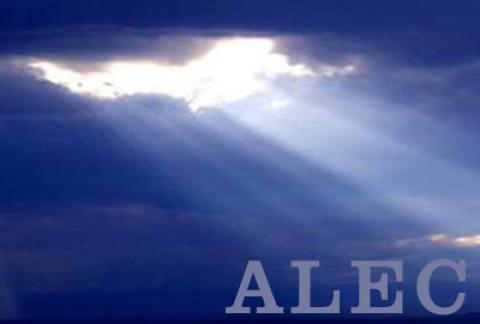 Recent news reports make clear that the Republican supermajority in the North Carolina General Assembly is getting many of its worst ideas for how to change our state from the Washington, DC-based American Legislative Exchange Council (ALEC). Every citizen needs to know more about ALEC and its stealth efforts to undermine our modern-day democracy.

As a U. S. historian, I am deeply alarmed at the growing power of this secretive body, founded by the longtime right-wing strategist Paul Weyrich in 1973 and bankrolled by some of the largest corporations in America.

Paul Weyrich, some readers may remember, was the mastermind behind the creation of the Moral Majority. He personally helped recruit the late Rev. Jerry Falwell in 1979 to lead it. Weyrich soon boasted in print that thanks to “the new breed of religious leader” like Falwell, Catholics were “working with fundamentalist/evangelicals, for example, in the right-to-life movement rather than with liberal Protestants boycotting grapes with Cesar Chavez.”

Deliberately steering churches away from social justice causes like the farm workers’ movement, Weyrich’s brainchild harnessed the energy stirred by the ERA and abortion decriminalization to also promote tax cuts for the wealthy, deregulation of corporations, opposition to civil rights reform, attacks on labor’s right to organize for collective voice, and more. Weyrich’s Free Congress Foundation produced and mass-marketed tracts calling AIDS “a gay plague” to turn voters against citizenship rights for gay men and lesbians.

Breathtakingly unethical and cynical in the extreme, the effort worked. It helped build a mass base for the Republican right. As the religious right turned citizens against one another through a deliberately amped-up “culture war,” ALEC quietly built a powerhouse out of the limelight.

Today, as we have witnessed in North Carolina, the group can move the same legislation in dozens of states at once. In neighboring Virginia, Weyrich’s and Falwell’s home state, ALEC’s minions in the General Assembly have been even more audacious: as the New York Times reported in February of this year, Virginia GOP legislators introduced more than 50 ALEC-proposed laws, “many practically word for word.”

What ALEC and the companies that provide it with millions in operating funds seek is, in effect, a slow-motion corporate takeover of our democracy, first in the states where its party controls both the legislature and the governorship, as in North Carolina. But once its bills to suppress voter turnout take effect, the ultimate prize is to transform our entire country.

Our nation has never seen a bolder private bid to transform public life—even in the heyday of corporate influence, the Gilded Age. Every school child (at least in public schools) encounters the irrefutable evidence that this period between the overthrow of Reconstruction in 1877 and the progressive reforms of the early 1900s was the nadir of American democracy; a period in which corporations controlled both major parties, virtually ran the Congress, and produced corruption on a scale that left even brilliant humorists like Mark Twain at a loss for words. What most people today don’t understand, though, is that this dismal era was the golden age of the ALEC version of “liberty.”

As someone who has researched the ideas and organizations flowing into the current tsunami of destructive legislation, I do not exaggerate when I say that ALEC and its allies are determined to roll back a century’s worth of popularly sought progress. Do you appreciate clean air and water, protection from discrimination, your right to a voice at work, and Social Security and Medicare as originally designed? Then do pay attention before it’s too late.

As devastating as the last few months have been for North Carolinians, we’ve only seen the tip of the iceberg of ALEC’s agenda. If we don’t want our state and national laws drafted by corporations in partnership with right-wing ideologues impervious to empirical evidence of the toll their ideas take, we citizens of all backgrounds who believe in “government of the people, by the people, and for the people” must come together to find our voices and vote our values.

So thanks to the North Carolina news media outlets now exposing ALEC’s influence over our legislature to the disinfectant of sunshine. Let’s hope this is just the beginning of the muckraking on this disturbing topic and that future speak-truth-to-power efforts of this kind include a list, by district, of the North Carolina legislators who belong to ALEC and who have sponsored ALEC-crafted legislation.

Average North Carolinians cannot get this information from the source itself because one must pay a significant sum to join ALEC and have access to information about its secretive doings. Yet all North Carolina voters deserve to know who their so-called representatives take their cues from: their constituents back home, or out-of-state corporations and extremist ideologues?