May 29, 2013 By Jonathan Watts and Jan Rocha The Guardian
printer friendly 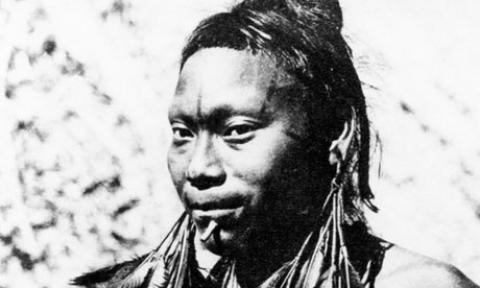 Umutima shaman in 1957: the Figueiredo report caused an outcry after it revealed crimes against Brazil's indigenous population, Photograph: José Idoyaga/Survival

A "lost" report into genocide, torture, rape and enslavement of indigenous tribes during Brazil's military dictatorship has been rediscovered, raising fresh questions about whether the government has made amends and punished those responsible.

The 7,000-page Figueiredo report has not been seen for more than 40 years, but extracts acquired by the Guardian reveal hundreds of alleged crimes and perpetrators.

Submitted in 1967 by the public prosecutor Jader de Figueiredo Correia, the document details horrific abuse by the Indian Protection Service (widely known as the SPI), which was set up to improve the livelihoods of indigenous communities but often ended up as a mechanism to rob them of land or wipe them out with guns or poison.

The document caused an international storm when it was released, leading two years later to the foundation of the tribal rights organisation Survival International. Brazil, however, failed to jail a single person despite initial charges against 134 officials alleged to be involved in more than 1,000 crimes.

The report was believed to have been destroyed by a fire at the agriculture ministry soon after it came out, prompting suspicions of a cover-up by the dictatorship and its allies among the big landowners. However, most of the document was discovered recently in a musty archive and is being examined by the National Truth Commission, which is investigating human rights violations between 1947 and 1988.

Although the document has not been made public since its rediscovery, the Guardian has seen a scanned copy in which Figueiredo describes the enslavement of indigenous people, torture of children and theft of land.

"The Indian Protection Service has degenerated to the point of chasing Indians to extinction," the prosecutor writes in an introduction addressed to the interior minister.

The pages – all bound, initialled and marked MI-58-455 – include an alphabetical list of the alleged perpetrators and the indictments against them. Most are accused of falsely appropriating land, misusing funds or illegally selling cattle or timber to enrich themselves at the expense of the communities they were supposed to be protecting. But many are implicated in far more heinous crimes.

The number of victims is impossible to calculate. The Truth Commission believes that some tribes, such as those in Maranhão, were completely wiped out. In one case, in Mato Grosso, only two survivors emerged to tell of an attack on a community of 30 Cinta Larga Indians with dynamite dropped from aeroplanes. Figueiredo also details how officials and landowners lethally introduced smallpox into isolated villages and donated sugar mixed with strychnine.

Among those to whom responsibility is attributed is Major Luiz Vinhas Neves, who headed the SPI from 1964 until he was sacked as a result of the report in 1968. He is cited in more than 40 counts, including financial irregularities totalling more than 1bn reals (£300,000) in today's money. Following the report, a parliamentary resolution accused him of complicity in the spread of smallpox among two remote communities in Pataxó.

Torture was common. The most oft-cited technique was "the trunk", which slowly crushed the ankles of the victims. An alternative was allegedly tried out by Álvaro de Carvalho, an official accused of murdering an Indian from Narcizinho whom he hung by the thumbs and whipped.

People were traded like animals. Flavio de Abreau, the chief of an SPI post in Couto Magalhaes, reportedly swapped an Indian woman for a clay stove and then thrashed her father when he complained. He is also accused of starving local communities. Other officers made children beat their parents, brothers whip their siblings and forced women back to work immediately after giving birth.

Figueiredo points out that the authorities operated with impunity to deny Indians what should have been a life of plenty. "There is a fabulous Indian heritage and it is well-managed. They do not require a penny of government assistance to live a rich and healthy life in their vast dominions," he notes.

The report was highly embarrassing for the military regime and a censored press ensured it was rarely mentioned again. The SPI was replaced by another agency, Funai, but tribes continue to struggle against illegal loggers, miners, government dam-builders and ranchers

This is particularly true in Mato Grosso do Sul, which has the highest rate of murders of Indians in Brazil. The estimated 31,000 Guarani-Kaiowá Indians in the area are now confined to tiny areas, completely surrounded by fields of soy or sugar cane.

Survival International's director, Stephen Corry, said nothing has changed when it comes to the impunity regarding the murder of Indians. "Gunmen routinely kill tribespeople in the knowledge that there's little risk of being brought to justice – none of the assassins responsible for shooting Guarani and Makuxi tribal leaders have been jailed for their crimes. It's hard not to suspect that racism and greed are at the root of Brazil's failure to defend its indigenous citizens' lives," he said.

Lawyers, politicians and NGOs warn the influence of the "ruralista" landowners' lobby is once again on the rise. President Dilma Rousseff is dependent on their representatives in congress, who have watered down the forest code, and are said to be planning the reduction of indigenous reserves by transferring responsibility for their demarcation from Funai to the conservative-dominated congress.

Most of Brazil's main newspapers – including Globo, Folha and Estado de Sao Paulo – have largely ignored the rediscovery, even though the Figueiredo report was recently described by the Truth Commission as "one of the most important documents produced by the Brazilian government in the last century".

Marcelo Zelic, the human rights lawyer who discovered the document amid 50 boxes of files in the Indian Museum in Rio de Janeiro, said powerful vested interests are already trying to undermine the report because they fear they may appear in it.

"This documentation, which was hidden for many decades, sheds light on conflict situations that endure today. For states like Mato Grosso do Sul, Paraná, Bahia and Amazonas, it contains lots of information that can help reveal once and for all the truth behind many forms of violence against Indians today and provide an insight into the real owners of the land in dispute."