Today, the Dream Defenders--a multiracial, multiethnic group of young people--celebrated the 10th day of occupying Florida's state capitol. They say they're not leaving until Florida takes concrete steps to deal with the bigger issues exposed by Trayvon Martin's shooting. When Gov. Rick Scott met with them and suggested they "pray" about racial profiling, they responded, "Faith without works is dead." 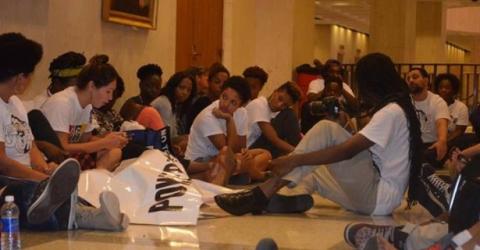