In recent years it has become common to see Martin Indyk, Dennis Ross, Aaron Miller and others responsible for the 22 years of failed U.S. diplomacy in the Middle East relying on their “veteran” status as a credential for continuing their careers. 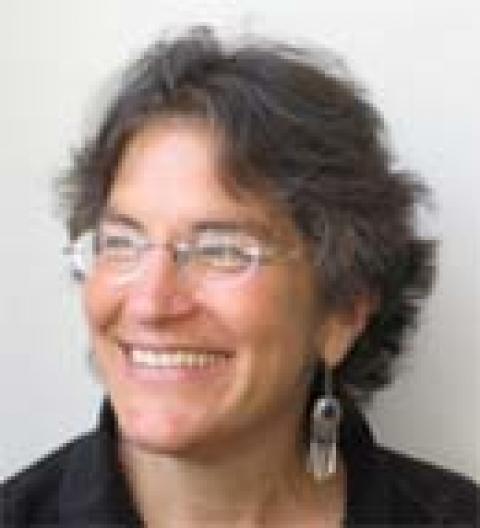 Secretary of State John Kerry’s latest foray into Middle East negotiations should be called the Einstein peace process.  Doing the same thing over and over again and still expecting different results is the great scientist’s definition of insanity. This time around, indications are that Kerry actually believes, all evidence to the contrary aside, that this latest iteration of the decades-old industry known as the “peace process” might really succeed. But unfortunately for Kerry, his political calculations are about to run aground on the unforgiving shoals of political reality.

Whatever Kerry’s beliefs, the timing of this latest version of the talks clearly has a lot to do with the crises erupting across the Middle East region. The escalating civil and regional war in Syria, the growing sectarian and religious-secular divides exploding across the region, and even the Pentagon-backed Egyptian military’s coup against the Muslim Brotherhood all reflect broader U.S. weakness and failures in the Middle East. The inability of the U.S. to respond strategically to those challenges is certainly part of why plunging back into Israel-Palestine talks, however repetitive of earlier failures, might have seemed a useful move – for distraction, for reassurance of Israel’s backers, for reassertion of a weakened empire’s fading but still extant power.

But despite all those reasons, these talks are doomed to the same failure as the 22 years of failed diplomacy that precedes them.

Part of the problem lies squarely in Kerry’s stated U.S. goal for the talks: “ending the conflict, ending the claims.” Not ending the occupation, not ending the siege of Gaza, not ending the decades of dispossession and exile of Palestinian refugees. Only ending the tension, the dispute – regardless of which version of current reality becomes the officially agreed upon final status. Then, in Kerry’s world, all Palestinian claims will disappear, and the Palestinians, even if their internationally-recognized rights remain out of reach, will smile, applaud their brave leaders, and politely agree to suck it up. (Future Israeli claims will not have to end, of course, because Israeli claims are about “security,” inherently legitimate and non-negotiable, while Palestinian claims – to self-determination, real sovereignty, equality, return – are simply political and up for grabs.)

The appointment of Martin Indyk as U.S. envoy to the talks is a further indication that no one intends to change the framework of the last 22 years of failed U.S.-led diplomacy. Indyk, a former U.S. ambassador to Israel, former deputy research director of AIPAC, the powerful pro-Israel lobby, and co-founder of the AIPAC-linked Washington Institute for Near East Policy, has been central to U.S.-controlled Israel-Palestine diplomacy for years. (In recent years it has become common to see Indyk, Dennis Ross, Aaron Miller and others responsible for the 22 years of failed U.S. diplomacy in the Middle East relying on their “veteran” status as a credential for continuing their careers.)

This round, like those before, will ignore international law, and instead be based on accepting the current disparity of power between occupied and occupier. The pro-Israel U.S. arbiter will determine the Israeli positions and Israeli-proposed “compromises” to be “reasonable.” Israel will continue to build and expand settlements in occupied East Jerusalem and the occupied West Bank based on the thousands of permits already in place, while likely offering some kind of short-term partial slowdown in granting some number of new permits – and that will be called a major compromise. More than 600,000 Israeli settlers will continue to live in huge city-sized Jews-only settlements throughout the West Bank and East Jerusalem, and the talks will be rooted in the understanding that in any final arrangement Israel will be allowed to keep all the major settlement blocs, the aquifers, and 80% or more of the settlers right where they are.

Secretary Kerry announced proudly that this round of talks is different – based on the 2002 Arab Peace Initiative. But he slid over the small U.S.- and Israeli-imposed “adjustment” to that plan, which stripped it of its potential value. The plan originally offered Arab states’ normalization with Israel only after “full” withdrawal to the 1967 borders, and a just solution to the refugee problem based on UN resolution 194 guaranteeing their right of return. Kerry’s new version ignores the refugees (at least so far) and adopts the U.S.-Israeli language on borders (always said as one word) of 1967-borders-with-swaps. Those land “swaps,” of course, mean Israel gets to keep all its settlement cities, most of its illegal settlers, virtually all the Palestinian water sources, while the Palestinians will be offered some undeveloped desert land abutting Gaza, or perhaps a proposal to place Palestinian-majority cities inside Israel, such as Nazareth, under the jurisdiction of the to-be-created Palestinian “state.” (There is likely to be no compromise even discussed on Gaza – Israel’s siege will remain, strengthened by Egypt’s new post-coup government sealing tunnels and tightening the closure of the Egypt-Gaza crossing at Rafah – and the Palestinian Authority diplomats are not likely to make Gaza a major part of their negotiating strategy.)

Palestinians, of course, will be expected to accept Israel’s “reasonable” compromises as if both sides, occupied & occupier, have the same obligations under international law. (Oh right, international law doesn’t have a role here.) The price, if Palestinians reject any of Israel’s oh-so-reasonable proposals, will be U.S. and perhaps global opprobrium for blocking peace.  Right now some developing countries (South Africa, Brazil) are hinting at somewhat more independent positions towards Israel-Palestine. The European Union’s new restrictions on funding settlement entities, made public just before Kerry’s announcement of the new talks and Israel’s acceptance of them, is particularly important, reflecting the impact of even mild sanctions on Tel Aviv. But while the civil society movement for boycott, divestment and sanctions (BDS) continues to build, it remains unclear how the governments tentatively backing away from U.S. positions would respond to the collapse of the U.S.-controlled talks, especially if the U.S. claim is that the failure is the Palestinians’ fault.

Israeli violations of international law, the Geneva Conventions, UN resolutions and more remain. The U.S. does not set an end to those violations as a goal of these peace talks – let alone as a precondition. If it did, Israel would have to end its occupation of the 1967 territories and recognize the Palestinians’ right of return unilaterally – ending violations shouldn’t require negotiations. That’s why, ultimately, these talks will fail. Until negotiations are based not on U.S. support for Israeli power but on international law, human rights, and equality for all, the “peace process,” including this latest Einstein Edition, will continue to fail.
___________

Fellow Phyllis Bennis directs the New Internationalism Project at the Institute for Policy Studies(IPS). She is also a fellow of the Transnational Institute in Amsterdam. She has been a writer, analyst, and activist on Middle East and UN issues for many years. In 2001 she helped found and remains on the steering committee of the U.S. Campaign to End Israeli Occupation. She works closely with the United for Peace and Justice anti-war coalition, co-chairs the UN-based International Coordinating Network on Palestine, and since 2002 has played an active role in the growing global peace movement. She continues to serve as an adviser to several top UN officials on Middle East and UN democratization issues.