The parallel with Iraq is crystal clear. 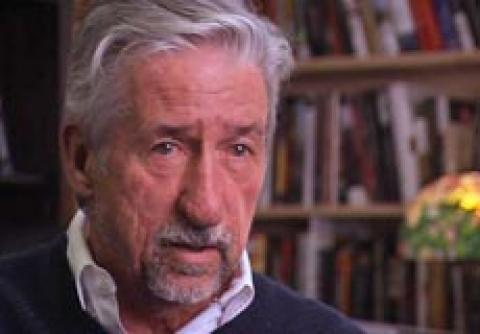 The Syrian war resolution being rushed through Congress conceals an agenda for escalation far beyond President Obama's repeated pledge of a "narrow" and limited" shot across the bow" of the Assad regime. The American public and Congress are being fooled into wider war and regime change by another name.

How did this happen? Maybe it is the price the president paid for his authorization to pass the Senate Foreign Relations Committee with John McCain's aye vote. McCain clearly hijacked the original bill when he inserted an amendment saying that the purpose of US policy is to "decisively" change the balance of forces on the ground. That does not sound like a shot across the bow, or a limited strike against a chemical weapons unit or facility. It does not sound like the president's original notion of sending a military "message" to Assad without threatening his regime.

The measure authorizes: two or three months of sustained bombing and missile strikes, aimed at decisively damaging Assad's military bases and infrastructure, increasing the capabilities of the insurgent forces (somehow without strengthening Al Qaeda), and profoundly weakening Assad's capacity to continue in power. The prohibition of "boots" on the ground, so important to Congress, does not cover CIA boots on the ground nor the boots of American advisers and trainers just over the Syrian border.

How far the escalation will go depends on the laws of war and the role of public opinion. Some in power prefer to leave a weakened Assad on his throne because he has kept the Golan Heights quiet and because his adversaries are feared as an unpredictable array of jihadists. This view was expressed most brutally by an Israeli diplomat in the New York Times, "Let them both bleed: that's the strategic thinking here. As long as this lingers, there's no real threat from Syria." The alternative view is that the dogs of war, when there momentum is unleashed, will devour Assad and create the groundwork for a "new Syria", along the lines of post-Qaddafi Libya. This apocalyptic view was stated by a Syrian rebel in the Los Angeles Times in this way, "If they (the Americans) strike the regime with a crippling hit, we will finish them off."

Secretary of State John Kerry even already has suggested a role for American ground forces in his Senate testimony, for example in the case of chaos or a takeover by Syrian militants in a vacuum. This was purely "hypothetical" Kerry said, under sharp questioning. Then in his classic way, Kerry retracted his retraction, sort of, by saying that there would be no boots on the ground during "the civil war" phase of the conflict. This statement left open the possibility of American ground troops if and when the Assad regime begins disintegrating. At that point, does anyone seriously believe there would be another Congressional debate?

The parallel with Iraq is crystal clear. That earlier war was based on false information about "weapons of mass destruction" in the terrifying hands of Saddam Hussein. In an interview, Paul Wolfowitz, one of the war's architects, said that the non-existent weapons were the best argument for mobilizing public opinion and a reluctant Congress. In this war, there seems to be no question that a sarin-type gas attack killed one thousand people, although a UN investigation is incomplete and there are questions about who exactly ordered the attack. That major difference aside, the eerie parallel with Iraq is that the chemical weapons attack is a pretext for expanding the American war in Syria on a much broader basis than is acknowledged.

The American public deserves a full explanation for what we are expected to support.

Perhaps regime change is a good idea. But then why not make the argument openly? There can be only one familiar reason: that if the American people and Congress heard what the war-makers have in store, there would be little change of approving the marching orders. An escalation of America's involvement in the Syrian civil war? If public currently opposes the missile strikes, imagine the reaction toward an even wider war. The Congressional authorization would be dead on arrival. Better that be the fate of the bill than a single Syrian civilian or American soldier down the road.

No one knows what the outcome in Congress will be. But it's hard to imagine Democrats embracing McCain's version of Obama's bill, when it's already difficult for them to support the president's narrower original goal. And it's equally problematic to see House Republicans supporting John McCain over senators Rand Paul and Marco Rubio, who voted no in the Senate committee. The combination of Obama and McCain together could be far too much for the Tea Party to swallow.

The first casualty in politics and war, it turns out, is the truth. Before too many days pass, the true scale of the proposed escalation should be revealed and debated. That's what the war-makers, in their haste, may fear the most.