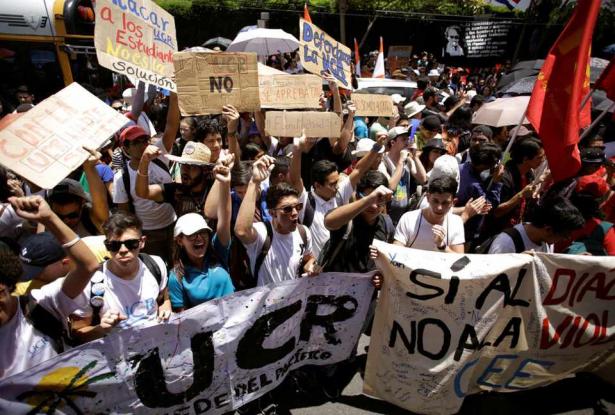 Thousands of Costa Ricans continue their protests against the proposed tax reform plan, standing firm on the call from the public sector labor unions to maintain a national strike.

We have no control over the decisions that truly matter—because there is currently no democratic institution on the global level that can exercise this function. But we have much less power to exercise our sovereignty if we retreat into our little world.

Idlib and Afrin are two battlefields in the multi-sided conflict in Syria.

Nearly 150,000 workers, including agricultural workers and farmers, streamed into the capital from as many as 26 States.

Will the ‘socialist republican party’ turn to the left and lead the emerging housing rebellion?

The current internal fighting among the Nigerian ruling elite is an opportunity to offer an alternative that is pro the masses of working people of the country.

__________
Rojhelat Rises: Reflections on the General Strike in Iranian Kurdistan

A politically and ideologically diverse group of Kurdish and leftist political forces called for a general strike on September 12.