South Africa: The Tripartite Alliance Has Sold Its Soul

The prospects that the ANC, SACP and Cosatu alliance once offered the broad masses have been forgotten at the feeding trough, says Raymond Suttner. 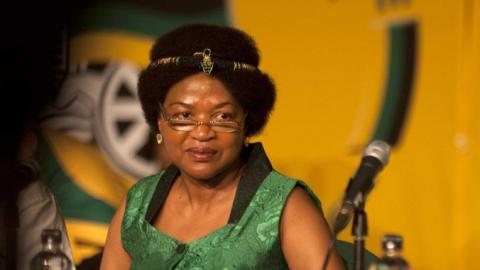 For some time political commentators have been proved wrong when predicting the collapse of the tripartite alliance and suggesting that splits in these organisations could lead to the formation of a new political party that might displace the ANC.

At this moment, for the first time one can say without any sense of exaggeration that the ANC, South African Communist Party, Cosatu alliance, insofar as it exists, has no ideological coherence or significance and provides little political leadership and direction. It may exist as a name but it no longer captures the moral fervour that led millions to place their hopes in them.

The glue that binds survives at the leadership level, where the spoils of office have been spread to a significant number of members of the SACP leadership and a fair number of former Cosatu leaders. With the absorption of the top Cosatu leadership into the ANC's national executive committee, the relationship is consolidated by the prospect of their being offered Cabinet posts or other rewards, which are part of the largesse that the ANC in government can dispense.

At the time of writing, there is a brewing scandal about the allocation of shares by gold-mining company Gold Fields, which sought a licence to mine and appears to have believed that offering shares approved by the ANC leadership would ensure that this would happen, and that a failure to accommodate ANC demands would result in the licence not being granted.

One of the facilitators of the deal was Gayton McKenzie, a convicted bank robber – no longer surprising in these times. He appears to have been amply rewarded for his work.

The most significant beneficiary, from what we know, was ANC chairperson Baleka Mbete: she was granted R28-million in shares, as opposed to the previous R2-million's worth of shares she was initially offered.

There is no evidence of any value that Mbete (or for that matter most ANC leaders who go into business or are drawn into similar "empowerment" deals) brings to this deal. She brings her name and position, which supposedly signifies access to people who make decisions that benefit Gold Fields in ways that far exceed the shares she has been granted.

In this deal, which was supposed to be about empowering the formerly disempowered, there is no condition set by the ruling party that would relate to how the mine should operate; nothing about whether it should provide conditions for the accommodation of the miners that are fit for human habitation, say. There is nothing built into the agreement that would address the needs of surrounding communities – or the afterlife of the mines once they are depleted.

In short, the poorest of the poor are not of any concern. The deal only relates to rewarding the "players", the people who are in the inner circle of the ANC leadership.

This is just one instance, but it is a most glaring instance that exemplifies the erosion of any semblance of moral integrity once attached to the ANC. It has nothing to do with the ANC that once pledged to make "a better life for all".

At the same time as powerful individuals are being enriched, communities are forced to drink and wash in polluted water, live in the streets or inhabit homes with sewerage running through them - and they are shot at when they protest.

In voting ANC, which many of these communities may still do, they are represented by an alarming number of corrupt councillors. One of the features of our times is the indifference that the ANC and its allies show to their own constituency, the poorest of the poor.

The Marikana massacre is remembered most vividly by the ANC, the SACP and Cosatu for the displacement of the National Union of Mineworkers (NUM) as the dominant union on the platinum belt. That is what they see as the real crime at Marikana, instead of recognising that there is a problem in the capacity of an allied union, led by the SACP chairperson, Senzeni Zokwana.

Startlingly, there has been little attempt to commiserate with or care for the families of the dead and injured, a callousness that stands in sharp contrast with what one would previously have associated with this liberation movement.

Not only was it alleged that the police opened fire and killed people when there were other options available to them, it has now emerged that the evidence has been tampered with to ensure that the Farlam Commission of Inquiry cannot know what actually happened.

Should we be surprised?

That is not to say we should no longer be shocked, but we have seen the way in which the Guptas are allowed to operate as if they are above the law in South Africa.

We have seen, in only one case, how nearly R280-million has been used for the private benefit of the president. We have seen how numerous ministers have embezzled funds with impunity and how the president does everything to avoid having his "day in court" to face corruption charges.

The ANC led a variety of forces because it previously offered a political direction that unified a broad range of people. This was because they believed they saw, through the ANC, a plan that could unfold in a way that benefited the people of South Africa as a whole.

The ANC can no longer offer such direction. Its leaders are too greedy. And they have shut down debate.

Professor Raymond Suttner, who is attached to Rhodes University and Unisa, is a former United Democratic Front, ANC and South African Communist Party leader and underground cadre, who spent over 10 years as a political prisoner. Suttner blogs at raymondsuttner.com.