As US Government Shuts Down the Poorest Set to Lose Most

US Congress fails to pass budget legislation before midnight deadline, shuttering large portions of the government 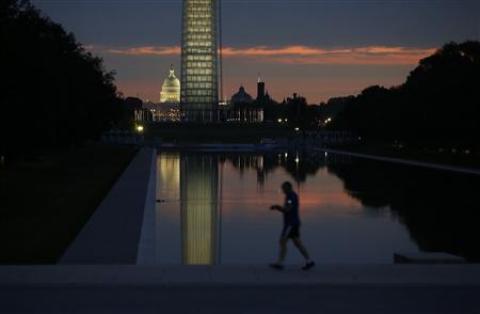 For the first time in 17 years the U.S. government began a partial shutdown of government programs Tuesday morning following a failure across the House and Senate to agree on a stop-gap budget proposal before its midnight deadline.

As Wall Street looked shaky among uneasy implications for the economy, Imara Jones at Colorlines points out, "the parts of the government affected by the shutdown disproportionately impact economic opportunity programs for the working poor."

"Historically marginalized communities are likely to the feel the effects of a shutdown acutely as time goes on," Jones states.

According to Jones, those negative consequences include:
•delays in application processes for essential programs such as Medicare and Medicaid
•an impaired ability to fight disease as The Centers for Disease Control and the National Institutes of Health will be forced to scale back
•closure of the Women Infants and Children Program (WIC)—a food aid program "which covers seven million children and infants, and their mothers"
•cuts in funding for programs designed for children in need such as Head Start, educational services for low income students such as Title I education grants, and student loan and grant application programs
•and much much more

As roughly one million government employees brace themselves for forced furloughs, it is not clear when Congress will squeeze through a budget bill that would end the shutdown.

And as Jones points out:

What’s particularly distressing about the shuttering of the government is that it comes at a time when unemployment remains in the double digits for blacks and Latinos. As the Center for American Progress points out, federal, state and local governments since 2008 have eliminated 750,000 public sector jobs. Given unionization and strong anti-discriminatory hiring practices, people of color are more likely to have jobs in the public sector. This is particularly true for African-Americans, and it’s why joblessness remains so stubborn in communities of color.

The next bill deadline set for the lawmakers is on October 17, when they must decide on whether or not to raise the country's debt ceiling—another decision likely to put Washington in deadlock.

The shutdown will continue until Congress resolves its differences, which may be days or months. But the conflict could spill over into the more crucial dispute over raising the federal government's borrowing authority.

A failure to raise the $16.7 trillion debt ceiling would force the country to default on its obligations, dealing a blow to the economy and sending shock-waves around global markets.

"The key to this is not what happens in Washington," Democratic strategist Chris Kofinis told Reuters. "The key is what happens out in the real world. When Joe Public starts rebelling and the financial markets start melting down, then we'll see what these guys do."

At the center of this week's feud was the Republican led House's insistence on including within the bill a provision that would delay or diminish the Obama administration's cherished Affordable Care Act.

The budget bill was repeatedly sent back and forth between the two chambers, who were unwilling to pass the other's version.

The ACA, otherwise known as Obamacare, will not be affected by the shutdown, and as of Tuesday officially began implementation.