Separate and Unequal Voting in Arizona and Kansas

Arizona and Kansas have sued the Election Assistance Commission and are setting up a two-tiered system of voter registration, which could disenfranchise thousands of voters and infringe on state and federal law. 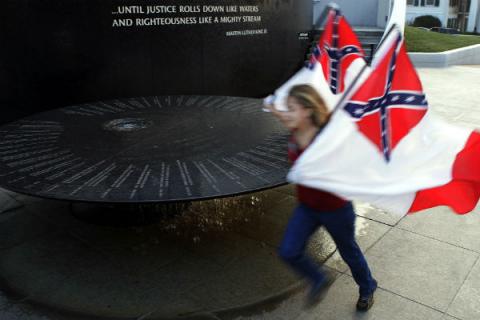 In its 2013 decision in Arizona v. The Inter Tribal Council of Arizona, the Supreme Court ruled 7-2 that Arizona’s proof of citizenship law for voter registration violated the 1993 National Voter Registration Act (NVRA).

In 2004, Arizona voters approved Proposition 200, a stringent anti-immigration law that included provisions requiring proof of citizenship to register to vote and government-issued photo ID to cast a ballot. Last year, the US Court of Appeals for the Ninth Circuit blocked the proof of citizenship requirement, which it said violated the NVRA. Under the 1993 act, which drastically expanded voter access by allowing registration at public facilities like the DMV, those using a federal form to register to vote must affirm, under penalty of perjury, that they are US citizens. Twenty-eight million people used that federal form to register to vote in 2008. Arizona’s law, the court concluded, violated the NVRA by requiring additional documentation, such as a driver’s license, birth certificate, passport or tribal forms. According to a 2006 study by the Brennan Center for Justice, at least 7 percent of eligible voters “do not have ready access to the documents needed to prove citizenship.” The Supreme Court affirmed the lower court ruling, finding that states like Arizona could not reject applicants who registered using the NVRA form.

Now Arizona and Kansas—which passed a similar proof-of-citizenship law in 2011—are arguing that the Supreme Court’s decision applies only to federal elections and that those who register using the federal form cannot vote in state and local elections. The two states have sued the Election Assistance Commission and are setting up a two-tiered system of voter registration, which could disenfranchise thousands of voters and infringe on state and federal law.

The tactics of Arizona and Kansas recall the days of segregation and the Supreme Court’s 1896 “separate but equal” ruling in Plessy v. Ferguson. “These dual registration systems have a really ugly racial history,” says Dale Ho, director of the ACLU’s Voting Rights Project. “They were set up after Reconstruction alongside poll taxes, literacy tests and all the other devices that were used to disenfranchise African-American voters.”

In the Jim Crow South, citizens often had to register multiple times, with different clerks, to be able to vote in state and federal elections. It was hard enough to register once in states like Mississippi, where only 6.7 percent of African-Americans were registered to vote before the passage of the Voting Rights Act of 1965. And when the federal courts struck down a literacy test or a poll tax before 1965, states like Mississippi still retained them for state and local elections, thereby preventing African-American voters from replacing those officials most responsible for upholding voter disenfranchisement laws.

The Voting Rights Act ended this dichotomy between federal and state elections by prohibiting racial discrimination in voting in all elections. Section 5 of the Act, which the Supreme Court eviscerated earlier this year in Shelby County v. Holder, prevented states with the worst history of voting discrimination—like Mississippi—from instituting new disenfranchisement schemes. It was Section 5 that blocked Mississippi from implementing a two-tiered system of voter registration following the passage of the NVRA in 1993, which the state claimed applied only to federal elections. (A similar plan was stopped in Illinois under state court.) Arizona—another state previously subject to Section 5 based on a long history of discrimination against Hispanic voters and other language minority groups—is making virtually the same rejected argument as Mississippi in the 1990s, but, thanks to the Roberts Court, no longer has to seek federal approval to make the voting change. The revival of the dual registration scheme is yet another reason why Congress should revive Section 5.

The proposed two-tiered system of voting and the harmfulness of proof-of-citizenship laws warrant legal scrutiny. Over 30,000 voters were prevented from registering in Arizona after its proof-of-citizenship law passed in 2004. In Kansas, 17,000 voters have been blocked from registering this year, a third of all registration applicants, because the DMV doesn’t transfer citizenship documents to election officials. The ACLU has vowed to sue Kansas if the state continues its noncompliance with state and federal law.

Proof-of-citizenship laws and the new two-tiered voting scheme are the brainchild of Kansas Secretary of State Kris Kobach, who has done more than just about anyone to stir up fears about the manufactured threat of voter fraud. As the author of Arizona’s “papers please” immigration law and Mitt Romney’s nonsensical “self deportation” immigration plan, he’s fused anti-immigrant hysteria with voter-fraud paranoia. Kobach helped the American Legislative Exchange Council draft model legislation for proof of citizenship laws based on Arizona’s bill, which were adopted in three states—Alabama, Kansas and Tennessee—following the 2010 election.

To justify his state’s new voting restrictions (Kansas also has a strict voter ID law), Kobach told The Huffington Post, “We identified 15 aliens registered to vote,” but he seems unconcerned that 17,000 eligible Kansans have been preventing from registering. Moreover, there’s no evidence these fifteen alleged non-citizens actually voted—just as there’s no evidence that dead people are voting in Kansas, another erroneous claim from Kobach. As Brad Friedman noted, Kansas City Star columnist Yael Abouhalkah wrote last year that Kobach “has a way of lying” about the threat of voter fraud.

Kobach claimed in 2011 that sixty-seven non-citizens had illegally registered, out of 1.7 million on the state’s voter rolls, but he “was unable to identify a single instance of a non-citizen illegally casting a vote, or any successful prosecution for voter fraud in the state,” according to the Brennan Center. As I’ve asked before, why would a non-citizen, who presumably is in the United States to work, risk deportation and imprisonment in order to cast a ballot? Kobach once suggested in a radio interview that perhaps their coyote was paying them to vote, which defies all logic.

In reality, the two-tiered system of registration being set up in Arizona and Kansas has less to do with stopping voter registration fraud, which as shown is a very rare problem in both states, and more to do with “nullifying” federal laws that Republicans don’t like, such as Obamacare. There’s symmetry between shutting down the government and creating separate and unequal systems of voter registration. It’s a strategy that dates back to Jim Crow, when fierce segregationists like John Calhoun of South Carolina tried to prevent the federal government from taxing the Confederacy and Southern Democrats instituted a policy of “massive resistance” to the Supreme Court’s Brown v. Board of Education ruling desegregating public schools.

Wrote Sam Tanenhaus in “Why Republicans Are The Party of White People”:

When the intellectual authors of the modern right created its doctrines in the 1950s, they drew on nineteenth-century political thought, borrowing explicitly from the great apologists for slavery, above all, the intellectually fierce South Carolinian John C. Calhoun. This is not to say conservatives today share Calhoun’s ideas about race. It is to say instead that the Calhoun revival, based on his complex theories of constitutional democracy, became the justification for conservative politicians to resist, ignore, or even overturn the will of the electoral majority.

The Confederates and Dixiecrats of yesteryear are the Republicans of today.