This Land Is Our Land?

At its best, sensible policies about how land is used, transferred, and owned can make it possible for young people to farm with dignity, a living wage, and a future. It can help poor people stop being poor. It can let young farmers who want to farm break through the barriers to entry. It can provide a secure retirement for America’s older farmers. It can happen and should happen in countries as democratic and as rich as the United States. 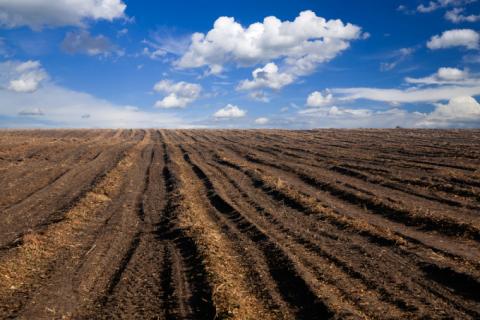 Imagine a country where ideologues bent on land reform turn agriculture into the plaything of the world’s richest investors, and poor local farmers are locked out of millions of acres prime agricultural land. Then stop imagining some African country run by a despot and his friends and start picturing the United States. Rural America is on the cusp of one of the greatest transfers of land in its history and no one’s talking about it.

At its worst, land reform lets plutocrats kick poor people off their ancestral land. But land reform is not only the tool of dictators. At its best, sensible policies about how land is used, transferred, and owned can make it possible for young people to farm with dignity, a living wage, and a future. It can help poor people stop being poor. It can let young farmers who want to farm break through the barriers to entry. It can provide a secure retirement for America’s older farmers. It can happen and should happen in countries as democratic and as rich as the United States.

In fact, radical reform has been discussed in the U.S. and recently. But not in the current agricultural policy centerpiece: The Farm Bill. If you knew nothing about it, you might think that the Farm Bill would be a sensible place for talking about farms and bills. But big, structural problems like land use, transfer, ownership, and preservation are too big a threat to the status quo to mention–so no one risks talking about them.

Certainly, land reform is a ticklish subject. In its cartoon version, land reform is what communists do after a revolution. Few in Congress want to be associated with it. That’s a shame, because historical American-facilitated land reforms have often been very successful. The prosperity of Taiwan, South Korea, and Japan owe much to the reforms imposed on them by the U.S. after WWII in order to preempt the spread of communism.

Land reform isn’t of mere historical interest–it remains important within America. Just as in the Global South, poor people in the U.S. still want and try to make a living off the land. While some farmers’ children want to head to the cities, many others are being kicked off the farm. No matter how enthusiastic and able they are, they can’t afford to stay, the farm can’t feed another mouth.

To the ranks of these unwilling urbanites, add a generation of young city-dwellers raring to get their hands dirty. The food movement has rekindled young Americans’ romance with agriculture. Thousands graduate from dozens of new food and sustainable agriculture programs. They’re hardly naïve about the work involved in living off the land. Yet their ambition will be fruitless, because unless they come from families of good fortune, they won’t be able to afford the land, they will be priced out of the market by institutional investors and large-scale farm operations.

Part of the drive behind America’s land transfer is very easy to talk about. American farmers are getting older; they average 58 years old. Their nest egg is their land and they’re increasingly worried about health care and retirement income. So over the next 20 years, 400 million acres of farm land will crumble through the hands of families that historically farmed, scooped up by the highest bidders. Those bidders are likely to be far richer than the young farmers who would like a chance at their own land stake. And they’re likely to be absentee owners.

The American way of land has been this: conquest, enclosure, inheritance, foreclosure, and sale to the highest bidder. And that trend is likely only to get worse. For example, Wisconsin Governor Scott Walker, at the bleeding edge of free-market thinking, has proposed that any corporation anywhere in the world be able to buy as much farm land in his state as it wants. At the moment, there are at least a few restrictions on the kinds of international investors allowed to dabble in Wisconsin farmland, with a 640-acre limit on purchases for firms designated foreign.

The removal of these restrictions–that in many other states have already been lifted with bipartisan support–make Wisconsin look more like poor countries in the global south, where land has been bought beneath the feet of local farmers by powerful (usually overseas) investors.

Make no mistake. This is a kind of land reform. In allowing the market to set the terms for ownership, use, and redistribution, a choice is being made about the future of farming and urbanization. Governor Walker’s land reform laws, if passed, will end up completing a project that is already under way across the country. Last November, 9,800 acres in in southwest Wisconsin sold for $7,000 per acre. The land was bought by AgriVest – a division of UBS (once an abbreviation for the Union Bank of Switzerland) based in Connecticut. The US already has large and concentrated land ownership – the biggest corporate landowners are, in first place, the Church of Latter Day Saints, followed by TIAA-Cref.

Some consider this a good thing. After all, if land’s going to be sold, why not allow bidders from outside a country to come in and buy it up? In 2010, after international funds had started piling in to international farm investments , the World Bank–a constitutionally pro-free-market institution–tried to make the case for wholesale and unrestricted land transfers all over the world. For decades, the Bank has done its best to steer countries away from state-led land reform, urging instead that they let the free market do the organizing of land distribution. This has worked out well for large land owners and badly for the poor.

Recently, the Bank has started to admit just how badly in a report entitled, “Rising Global Interest in Farmland: Can it Yield Sustainable and Equitable Benefits?” After surveying dozens of countries, the Bank reluctantly concluded that “case studies confirm widespread concern about the risks associated with large-scale investment.” Above all, these deals failed the poor because they failed women. The bank admitted that “many of the projects studied had strong negative gender effect…. directly affecting women’s land-based livelihoods.”

The reason that the World Bank has been keen to promote market-led land reform is to tamp down the vigorous demand in Asia, Africa, and Latin America for the opposite–state-led land reform. Efforts to demonize government-driven land in America reform have been so successful that merely to mention it is to summon the image of mustachioed kleptocrats. “You can’t have land reform – just look at Zimbabwe!”

We have followed the corruption of the Mugabe regime, and seen the evidence that government-led land reform has in fact worked for the poor in Zimbawbe.

Intuitively, this makes sense. What happens when you give land to landless, dedicated, and intelligent people? They make farming work, even if they get little support from the government after their parcels of land are doled out. And even if the government doles the choicest slabs to its pals.

Government-led reform has worked for the poorest in Zimbabwe despite a despotic regime. Let’s talk, if we can, about how much better a set of policies to enfranchise poor farmers against pure free-market thinking might work within a democratic regime. Such thinking used to happen in the United States. In 1972, the National Coalition on Land Reform—note the use of the term—had important ideas about what could happen to fight poverty, feed the country, and revitalize rural areas in the U.S. It is time that such a discussion was again on the table.

The trouble is that there are few tables around which the conversation might begin, and none of them are at the U.S. Department of Agriculture. The closest the U.S. government has come are a few tokens of support for beginning farmers, most of which have been stripped out before the new Farm Bill emerged from committee.

Ultimately, the Farm Bill assumes that every small farmer wants to become a specialty producer selling to restaurants. But what about those farmers who want to feed their local schools, elder-care facilities, Head Start programs, or homeless shelters? The Farm Bill may contain multitudes, but it can’t contain this.

In any case, a land reform conversation is bigger than the purview of the Department of Agriculture. There’s no simple policy to address this. But it’s possible to imagine a set of ideas that 1) allow a new generation of landless Americans to steward the land for the public good; 2) build a vibrant and productive rural economy; and 3) make rural retirement possible without poverty.

At a minimum, these would involve:

These were ideas that were part of a national conversation forty one years ago at the First National Conference on Land Reform, which took place in April 1972 in San Francisco, bringing together representatives of the Inter-Religious Coalition on Housing, the NAACP, Friends of the Earth, and dozens of other organizations.

They knew what we know now: That progressive land reform in the United States could address a range of environmental and social problems, encouraging sustainable climate-change ready farming, providing (literally) green jobs, and reimagining rural America.

We already, for example, forgive student debt in exchange for public service. If we can support the young teachers who nourish the minds of America’s next generation, might we not support those graduates nourishing those students’ bodies? A student loan payment could become a land payment under the right policy. The agencies that can and should start discussing this include the Department of Agriculture, Social Security Administration, the Internal Revenue Service. and the Department of Justice Department of Education?

We aren’t naïve. There will be resistance to tilting the playing field away from speculators and Big Ag. Agricultural land is “like gold with yield.”

It’s hard enough to imagine the government doing right by social security, let alone by linking that conversation with farming. Yet by supporting the elderly and investing in the young, we can choose to build a food system today that will feed all Americans tomorrow.

Such a food system will need to address the deep concentrations of power that lie at the heart of the modern food system. For that to happen, we’ll need to talk about some awkward subjects. So pull up a chair and let’s begin.

Bob St. Peter lives and farms on rented land in Sedgwick, Maine with his wife, Juli, and daughters, Luna and Emma. They raise small livestock, flowers, seeds, and produce. In 2011, Sedgwick became the first of 10 Maine towns to pass a Local Food & Community Self-Governance Ordinance, sparking a movement across the U.S. to localize food policy decisions and protect traditional foodways. Bob is a founding member of Food for Maine's Future, a grassroots organization working to build a sustainable and democratic food system in Maine, and coordinates a program to connect small-scale family farms and seasonal farmworkers in Downeast Maine.