BuzzFeed’s heroic initiative will succeed even if it merely eradicates the depressing negativity that has for so long kept literary criticism from becoming a full-fledged economic sector, like agriculture, transport and erectile dysfunction. 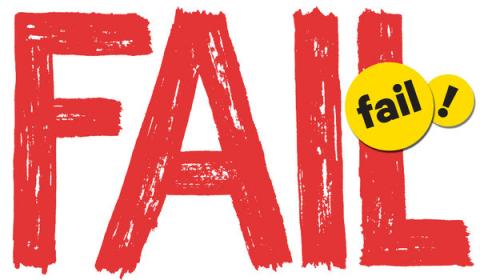 THE estimable online publication BuzzFeed has changed the rules of critical engagement. All I can say is “Bravo!”

At least, if I were writing book reviews for BuzzFeed that’s all I could say, because at BuzzFeed there is no room in the literary criticism section for, you know, criticism. Finally, in an online world of gratuitous snark, one courageous editor has displayed the vision to give thumbs down to thumbs down. You read that right: no negative reviews.

“Why waste breath talking smack about something?” the recently hired book editor Isaac Fitzgerald rhetorically wondered in an interview with the Poynter Institute. “You see it in so many old media-type places, the scathing takedown rip.”

Yeah, that. Not just the smart-aleck Gawker crowd — those too-cool-for-school types who think a potty-mouth crack-using mayor in Canada is somehow a natural object of ridicule — but the entire mob of vandals: Harold Bloom. Margaret Atwood. Umberto Eco. Don Rickles. Saddam Hussein. So superior, the whole lot of them.

Anyway, isn’t the Internet already a glut of negativity? (TMZ, hello!) And, by the way, as long as we’re asking the tough questions here, does Isaac Fitzgerald not totally rock?

Now look, I’m no Pollyanna. I understand there are some stinkers out there. Just between you and me, James Patterson’s latest didn’t have the usual sizzle. And recently, I was quite put off by “The Protocols of the Elders of Zion.” But what purpose is served by publicly finding fault with a volume that some author has worked very hard to produce, when there are many, many excellent books upon which to lavish praise?

The usual insufferable tweedwads argue that literary criticism is a genre unto itself, its value residing not in the appraisal of the book so much as the context, scholarship and thematic exploration offered by the critic. Uh-huh. Sure. Go ahead, Margaret Atwood — make this about you.

The other silly argument is that a positive review is rendered meaningless if there is no possibility for a negative one. Oh, really? Ever see a hyperlink?

Let’s say BuzzFeed reviewed “Aftermath” in the manner of Camilla Long. Let’s further say the review — like other products featured in BuzzFeed — was helpfully linked to an online retailer such as Amazon.com, which pays affiliate-marketing commissions to referring sites. Let’s say the review called the book “a needy, neurotic mandolin solo.”

But never mind the e-commerce business model. To my way of thinking, BuzzFeed’s heroic initiative will succeed even if it merely eradicates the depressing negativity that has for so long kept literary criticism from becoming a full-fledged economic sector, like agriculture, transport and erectile dysfunction.

It also brings us one step closer to my two lifelong dreams: first, a newspaper that delivers only good news; and second, diet bacon.