Reuters' report suggests that RSA wasn't merely following the trends when it picked the algorithm and that contrary to its previous claims, the company has inserted presumed backdoors at the behest of the spy agency. 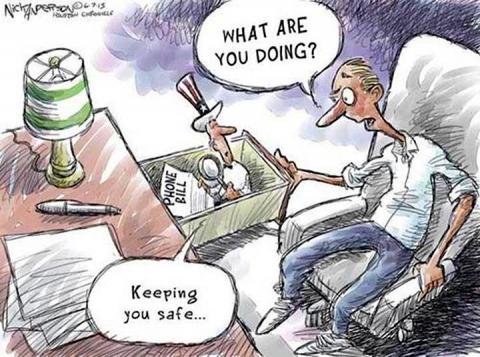 Security company RSA was paid $10 million to use the flawed Dual_EC_DRBG pseudorandom number generating algorithm as the default algorithm in its BSafe crypto library, according to sources speaking to Reuters.

The Dual_EC_DRBG algorithm is included in the NIST-approved crypto standard SP 800-90 and has been viewed with suspicion since shortly after its inclusion in the 2006 specification. In 2007, researchers from Microsoft showed that the algorithm could be backdoored: if certain relationships between numbers included within the algorithm were known to an attacker, then that attacker could predict all the numbers generated by the algorithm. These suspicions of backdooring seemed to be confirmed this September with the news that the National Security Agency had worked to undermine crypto standards.

The impact of this backdooring seemed low. The 2007 research, combined with Dual_EC_DRBG's poor performance, meant that the algorithm was largely ignored. Most software didn't implement it, and the software that did generally didn't use it.

One exception to this was RSA's BSafe library of cryptographic functions. With so much suspicion about Dual_EC_DRBG, RSA quickly recommended that BSafe users switch away from the use of Dual_EC_DRBG in favor of other pseduorandom number generation algorithms that its software supported. This raised the question of why RSA had taken the unusual decision to use the algorithm in the first place given the already widespread distrust surrounding it.

RSA said that it didn't enable backdoors in its software and that the choice of Dual_EC_DRBG was essentially down to fashion: at the time that the algorithm was picked in 2004 (predating the NIST specification), RSA says that elliptic curves (the underlying mathematics on which Dual_EC_DRBG is built) had become "the rage" and were felt to "have advantages over other algorithms."

Reuters' report suggests that RSA wasn't merely following the trends when it picked the algorithm and that contrary to its previous claims, the company has inserted presumed backdoors at the behest of the spy agency. The $10 million that the agency is said to have been paid was more than a third of the annual revenue earned for the crypto library.

Other sources speaking to Reuters said that the government did not let on that it had backdoored the algorithm, presenting it instead as a technical advance.

Random numbers are critical for cryptography: for encryption keys, random authentication challenges, initialization vectors, nonces, key-agreement schemes, generating prime numbers and so on. Break the random-number generator, and most of the time you break the entire security system. Which is why you should worry about a new random-number standard that includes an algorithm that is slow, badly designed and just might contain a backdoor for the National Security Agency.

The U.S. government released a new official standard for random-number generators this year, and it will likely be followed by software and hardware developers around the world. Called NIST Special Publication 800-90 (.pdf), the 130-page document contains four different approved techniques, called DRBGs, or "Deterministic Random Bit Generators." All four are based on existing cryptographic primitives. One is based on hash functions, one on HMAC, one on block ciphers and one on elliptic curves. It's smart cryptographic design to use only a few well-trusted cryptographic primitives, so building a random-number generator out of existing parts is a good thing.

But one of those generators -- the one based on elliptic curves -- is not like the others. Called Dual_EC_DRBG, not only is it a mouthful to say, it's also three orders of magnitude slower than its peers. It's in the standard only because it's been championed by the NSA, which first proposed it years ago in a related standardization project at the American National Standards Institute.

The NSA has always been intimately involved in U.S. cryptography standards -- it is, after all, expert in making and breaking secret codes. So the agency's participation in the NIST (the U.S. Commerce Department's National Institute of Standards and Technology) standard is not sinister in itself. It's only when you look under the hood at the NSA's contribution that questions arise.

Problems with Dual_EC_DRBG were first described in early 2006. The math is complicated, but the general point is that the random numbers it produces have a small bias. The problem isn't large enough to make the algorithm unusable -- and Appendix E of the NIST standard describes an optional work-around to avoid the issue -- but it's cause for concern. Cryptographers are a conservative bunch: We don't like to use algorithms that have even a whiff of a problem.

But today there's an even bigger stink brewing around Dual_EC_DRBG. In an informal presentation (.pdf) at the CRYPTO 2007 conference in August, Dan Shumow and Niels Ferguson showed that the algorithm contains a weakness that can only be described a backdoor.

This is how it works: There are a bunch of constants -- fixed numbers -- in the standard used to define the algorithm's elliptic curve. These constants are listed in Appendix A of the NIST publication, but nowhere is it explained where they came from.

What Shumow and Ferguson showed is that these numbers have a relationship with a second, secret set of numbers that can act as a kind of skeleton key. If you know the secret numbers, you can predict the output of the random-number generator after collecting just 32 bytes of its output. To put that in real terms, you only need to monitor one TLS internet encryption connection in order to crack the security of that protocol. If you know the secret numbers, you can completely break any instantiation of Dual_EC_DRBG.

We don't know where the constants came from in the first place. We only know that whoever came up with them could have the key to this backdoor. And we know there's no way for NIST -- or anyone else -- to prove otherwise.

This is scary stuff indeed.

Even if no one knows the secret numbers, the fact that the backdoor is present makes Dual_EC_DRBG very fragile. If someone were to solve just one instance of the algorithm's elliptic-curve problem, he would effectively have the keys to the kingdom. He could then use it for whatever nefarious purpose he wanted. Or he could publish his result, and render every implementation of the random-number generator completely insecure.

It's possible to implement Dual_EC_DRBG in such a way as to protect it against this backdoor, by generating new constants with another secure random-number generator and then publishing the seed. This method is even in the NIST document, in Appendix A. But the procedure is optional, and my guess is that most implementations of the Dual_EC_DRBG won't bother.

My recommendation, if you're in need of a random-number generator, is not to use Dual_EC_DRBG under any circumstances. If you have to use something in SP 800-90, use CTR_DRBG or Hash_DRBG.

In the meantime, both NIST and the NSA have some explaining to do.