Pope Francis and the Radical Jesus

Pope Francis, in his messages and appointments, seems to be steering the Roman Catholic Church into more moderate terrain, away from some of the conservative ideological interpretations of the recent period. Jim Williams reviews The Radical Jesus. "Who was Jesus anyway? What did his life and teaching mean? There are so many views - from the Religious Right to Rev. Cornell West. My view is that Jesus is whoever you want him to be. You can find the quotes to fit." 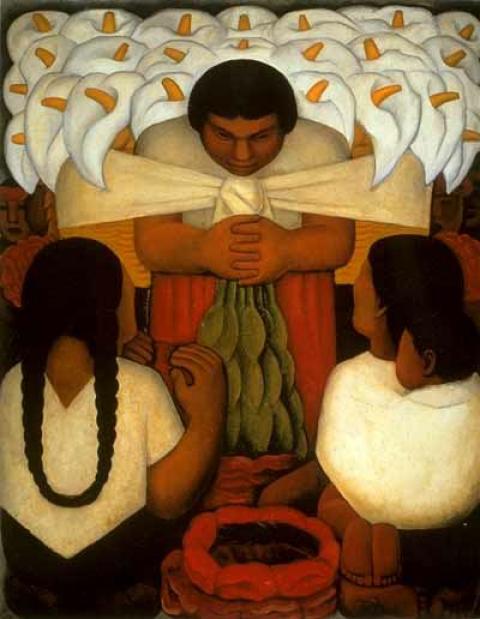 Preparing a Generation of 'Francis Bishops'

Rome - Pope Francis is celebrating his 77th birthday in relatively quiet fashion, which isn't stopping others from marking the occasion -- including, improbably enough, the pro-gay magazine The Advocate, which named him its Person of the Year.

In truth, however, Francis had already given himself a major birthday present 24 hours before by shaking up the membership of the Congregation for Bishops in order to lay the groundwork for a new generation of "Francis bishops."

In the United States, attention was understandably focused on the nomination of Cardinal Donald Wuerl of Washington, D.C., and the effective removal of Cardinal Raymond Burke, president of the Apostolic Signatura, the Vatican's supreme court. Putting in the moderate Wuerl and taking the strongly conservative Burke off couldn't help but seem a signal of the kind of bishop Francis intends to elevate in the United States.

As pope, however, Francis is responsible not just for the 6 percent of the world's Catholic population that lives in the United States, but the whole shooting match, 1.2 billion faithful all over the planet.

In that regard, it's worth looking at the other appointments Francis made Monday to the Congregation for Bishops -- 30 in all, including 12 new members and confirmations for 18 prelates who already sat on the body.

For the sake of analysis, two assumptions need to be stipulated:

If those postulates are correct, we can draw some early conclusions about what a "Francis bishop" looks like -- ideological moderates with the broad support of their fellow bishops and a real commitment to the social Gospel.

From Mexico, Francis turned not to Cardinal Norberto Rivera Carrera, generally seen as a John Paul II prot,g, and a champion of the church's conservative wing, but to Cardinal Francisco Robles Ortega of Guadalajara, who comes from a working-class family in Jalisco and, though he's never been part of the liberation theology movement, has good relationships with progressive sectors of the Mexican church.

Robles commands the respect of his brother bishops, having been elected in November 2012 to take over as president of the episcopal conference. He's also drawn good marks for his candor and lack of defensiveness, among other things offering an apology in a recent homily for "the scandals of those who lead the church."

From Colombia, Francis tapped Cardinal Rub,n Salazar G¢mez, who has occasionally come under fire for alleged waffling on the church's moral teachings.

In 2011, he drew criticism for voicing qualified support for the de-penalization of drugs, and in 2012, he was compelled by the Vatican's Secretariat of State to amend comments implying acceptance of the de-penalization of abortion in three cases anticipated by Colombian law, including rape, incest and threats to the life of the mother.

Despite those controversies, Salazar too has the support of his fellow bishops, having twice been elected president of the Colombian conference.

From Westminster in the United Kingdom, Francis elevated Archbishop Vincent Nichols, generally seen as a doctrinal and political moderate who has been criticized from the right in the U.K., among other things, for his allegedly lukewarm support for the old Latin Mass and for the new structure created under Benedict XVI to welcome former Anglicans into the Catholic church.

On the other hand, admirers say Nichols is a gifted administrator and builder of consensus who serves as the elected president of the bishop's conference in England and Wales.

In terms of new Vatican personnel named to the Congregation for Bishops, Francis added several of his own nominations, including his new secretary of state, Archbishop Pietro Parolin, and the new prefect of the Congregation for Clergy, Archbishop Beniamino Stella. Both are veteran Italian diplomats known for pragmatic and generally nonideological approaches.

Francis also tapped two Vatican officials he inherited from Benedict XVI, including one, Brazilian Cardinal Joao Braz de Aviz, prefect of the Congregation for Religious, who has occasionally come under fire for allegedly being too soft, including in the Vatican's ongoing examination of American nuns.

His efforts to promote reconciliation with religious women began even before he got to Rome in an interview he gave to NCR the day his Vatican appointment was announced.

"I want to learn from them and walk with them," he said of the sisters. "You have to see people up close, get to know them, what will help them overcome whatever problem there is." Certainly no one can accuse Br z de Aviz of having lived a sheltered life, disconnected from the sufferings of ordinary people in the developing world.

As a young priest, Br z de Aviz was once on his way to a village to say Mass when he stumbled upon an armored car robbery. He was shot during the crossfire, with bullets perforating his lungs and intestines and one eye. Although he survived and surgeons were able to save his eye, he still carries fragments of those bullets in his body.

To be sure, Francis did not exactly flush out the more conservative elements from the congregation. For instance, he confirmed Cardinal George Pell of Australia, who's also a member of the pope's Council of Cardinals, as well as Spanish Cardinal Antonio Caizares Llovera, prefect of the Congregation for Divine Worship and known around Rome as the "little Ratzinger" -- not only because of his diminutive size, but also his affinity for Benedict's doctrinal views.

No doubt, Francis thinks it's important to maintain some balance, helping to ensure that bishops around the world are capable of understanding the concerns of all types of Catholics.

There's equally no doubt, however, that as of Monday, Francis shifted the center of the gravity inside the body responsible for selecting bishops towards the middle -- not just with the American members, as it turns out, but across the board.

[John L. Allen Jr. is NCR Senior Correspondent. In 2000, Allen established the Rome office of the National Catholic Reporter. From that position, he broke stories on Rome's response to the American sexual abuse crisis, the Vatican's opposition to the U.S.-led war in Iraq, the death of John Paul II and the election of Benedict XVI, and a wide variety of other important Vatican events. In the summer of 2006, Allen returned to the United States, allowing him to expand his coverage of both the American church and the global Catholic scene, while continuing to keep his eye on Rome.] 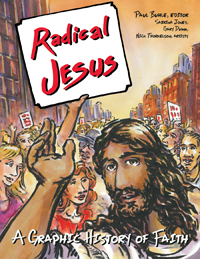 I am no theologian. I am barely acceptable even to the Unitarians. But I have an interest in the history of early Christianity and its many variants. However, in my family, my dad would end political discussions by proclaiming: "Jesus  Christ was a socialist." He got his socialism from the Bible, not Karl Marx.

Who was Jesus anyway? What did his life and teaching mean? There are so many views - from the Religious Right to Rev. Cornell West. My view is that Jesus is whoever you want him to be. You can find the quotes to fit.

The writers see Jesus and his message differently from the Right and most mainstream churches. The stories are not so much about Radical Jesus, as about radical Christians, especially the "peace churches" that grew out of the Protestant Reformation. These believers, initially called Anabaptists (no relation to the Baptist Church) are Quakers, Mennonites, Hutterites, Brethren and others. These believe in nonviolence and pacifism as core values of their faith.  Members of these churches have been activists in the abolitionist movement, the civil rights movements and the peace movement. Many of them have been founders of "utopian" communities which practice a form of cooperation and, well, communism.

Roman Catholics are not neglected. Peace activists and advocates for the poor find their stories told here as well. Many learned first-hand from the "Liberation Theology" of Latin Americans.

This volume attempts to fill in blank pages of our knowledge of these traditions and to offer a vision of Christianity more compatible with the concept of "beloved community" that gripped us during the civil rights movements of the 60s.

This book is a useful antidote to the sort of hate-filled "Christianity" that seems to fill our airways.  If you don't know much about these traditions, there is a lot of food for thought.  If you work among Christian communities this book can be a valuable way to introduce some alternate thinking about faith and what it means.