The individual mandate was not necessary - the insurance companies like it because it does bring young, healthy people who aren't likely to get sick into the system. 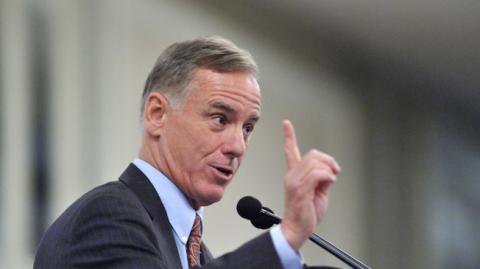 "The individual mandate was not necessary and it's probably a big political thing, and that is going to hurt the Democrats because people don't like to be told what to do by the government no matter what party they're in," Dean said on CNBC.

Dean insisted that Obamacare could have functioned without the mandate, though administration officials and outside experts have routinely said that the requirement to purchase health coverage was foundational to the law's reforms. Without it, they've said, the insurance market would be flooded with sicker people while those who are healthy would forgo buying insurance until they needed it.

Those factors would combine to drive up prices for insurance companies and, in turn, consumers. But Dean isn't convinced.

"The truth is, that wasn't necessary," Dean said, "and the insurance companies like it because it does bring young, healthy people who aren't likely to get sick into the system."

Independent analysis has shown that implementing Obamacare's other reforms, such as outlawing discrimination against those with preexisting conditions, has driven up prices in states like New York that have done so without the individual mandate, Kaiser Health News reported this summer.

New York has seen huge drops in its insurance premiums in anticipation of Obamacare's mandate taking effect in 2014, which analysts said was a strong indicator of the mandate's importance.

"New York is like the poster child for why you need an individual mandate," Sabrina Corlette, a research professor at Georgetown University, told KHN. "They implemented all the reforms without the individual mandate, and premiums just went through the roof."