labor The Life of a Fast-Food Worker

Across the country, for the past several months, workers have been walking out of McDonalds, K.F.C.s and other fast-food companies, calling for a fifteen-dollar hourly wage. Fast-food companies say that this is unrealistic. Raise the hourly wage to fifteen dollars per hour, they argue, and local franchises, many of them operating with small profit margins, will either fail or have to lay off employees. 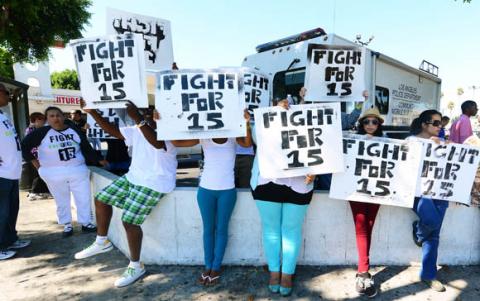