John and Bonnie Raines played an active role in the Media action that uncovered the FBI Cointelpro files. That they were willing to take this risk even with their responsibilities as parents of three young children is very moving, very inspiring. They were clearly about a much higher responsibility to their children, the responsibility of providing an example of someone who is willing to take reasonable risks for justice, peace and the common good. 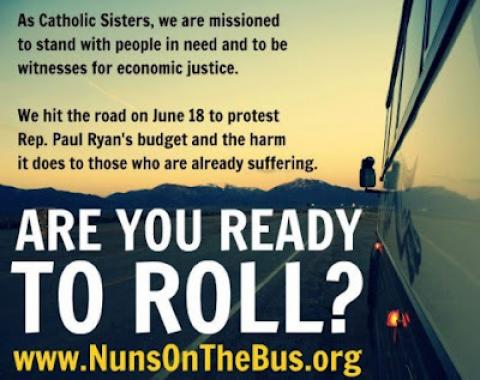 It is entirely fitting that the news about who burgled the Media, Pa. FBI office in 1971 and how and why they did it broke just a day after a moving memorial service in New York City for the late Fr. Paul Mayer. Among other accomplishments, Paul was named in early 1971 as an unindicted co-conspirator in the Harrisburg 8 "kidnap Kissinger" indictment that was all about retribution on the part of J. Edgar Hoover's FBI and Richard Nixon's Justice Department against what Hoover called the East Coast Conspiracy to Save Lives.

Actually, that was the name of just one of the many groups which took nonviolent direct action to destroy Selective Service draft files between 1967 and 1972. Sometimes there were other targets, like the offices or production sites of war corporations like GE, Dow Chemical and AMF, or the FBI (it wasn't just at Media, Pa.). 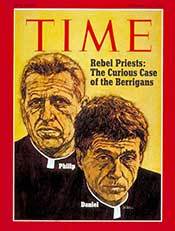 Fr. Dan Berrigan, looking and sounding very frail in body, was one of the speakers at Paul Mayer's memorial, and it was fitting that he received a much-deserved standing ovation from the 250 people who gathered at Judson Church on a very cold and icy day. Dan, with his late brother Phil, was a leader of the Catholic Left, more an inspirational leader than a practical, nuts and bolts leader, which was Phil's department.

I joined the Catholic Left in late 1969 and participated in four "actions," as we called them, before I was arrested over Labor Day weekend, 1970, with seven others at 5:15 am following five hours inside the Rochester, N.Y. federal building. We had spent those five hours cutting up Selective Service files of young men who were classified 1-A, meaning they would soon be sent to Vietnam. We had also gone into the FBI and US Attorney's offices. We had suitcases full of incriminating (for them) FBI files as we waited for our pickup vehicles by the front door, but we never got them out of the building. The Rochester police, who had been tipped off to our plans by a government informer, happened to check on the doors as we sat there waiting underneath them. Three and a half months later, after an incredible two-week trial where seven of the eight of us defended ourselves, opening up the courtroom to testimony we would never have gotten in otherwise, we were on our way to prison, but for much shorter sentences than we had expected.

All of these memories and more have come flooding back to me as I've heard, over Democracy Now, and read in the NY Times and elsewhere about the identities of some of the people who pulled off the successful Media, Pa. FBI action in March of 1971. Without question, their success played a major role in putting the government on the defensive, leading to some reforms of FBI practices and drastically curtailing the use of Cointelpro type programs, at least for many years.

I've been very touched to learn that John and Bonnie Raines played the active role that they did in the Media action. During the time that I lived in Philadelphia in 1970 when I was most active with the Catholic Left, Bonnie and John were close friends and very supportive. But to learn that they were willing to take this risk even with their responsibilities as parents of three young children is very moving, very inspiring. They were clearly about a much higher responsibility to their children, the responsibility of providing an example of someone who is willing to take reasonable risks for justice, peace and the common good.

I wasn't surprised in the slightest to learn that Bill Davidon was the leader of this action, having worked with him on some of the actions which took place in the Philadelphia area during this time. Bill was fearless. He seemed most happy when he was actively preparing for one of them. 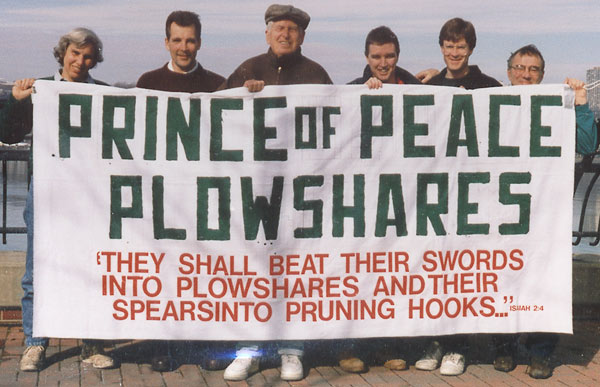 There were hundreds of such people in the Catholic Left, Johns and Bonnies and Bills and Dans and Phils. A fair number were Catholic priests and nuns and religious people, but over time, as the actions became less symbolic and more focused on practically disrupting the operations of the Selective Service System, or exposing corporate collusion with war-making and illegal FBI repression and intimidation, younger people like myself - 20 at the time - who were not Catholic and who were not very overtly religious got involved.

For me, the Catholic Left was a way to take action that was appropriate to the urgency of what was happening in Vietnam, Cambodia and Laos and among draft-age young men in the USA facing months risking life, limb and their mental stability, especially those from low-income and working-class communities. The actions we took were carried out without the use of violence. The Catholic Left was much more of a threat to the war-making government than the Weather Underground, which got it on the urgency but missed it on what tactics made the most sense in the USA if you were trying to actually stop the war.

Many FBI agents back then, and perhaps still today, were Catholics, and that may be part of the reason why J. Edgar Hoover took the Catholic Left so seriously. The main reason, however, was because we were effective. We were practically effective in throwing some sand into the gears of the Selective Service system, and with the Media action we were effective in making it much more difficult for the FBI to do what it was doing. An action at an AMF plant in York, Pa. in March of 1972, on the eve of the beginning of the Harrisburg 7 trial, rendered unuseable hundreds of "smart bomb" casings about to be shipped to a GE plant in Philadelphia where the seeing-eye electronic "eye" would have been installed.

We were also politically effective. To have a growing number of Catholic priests and nuns publicly taking action in this way was a hard thing to isolate and label as fringe. Without question, the Catholic Left, building upon the mass anti-war movement and the mass draft resistance movement that birthed it, played a key role at a critical time in our nation's history.

(For more information on the Catholic Left I would recommend the movie, Hit and Stay, by Joe Tropea and Skizz Cyzyk.).

[Ted Glick has been a progressive activist and organizer since 1968. Past writings and other information can be found here, and he can be followed on Twitter at.]

The War Resisters League (WRL), a pacifist pillar of the peace movement, was on the case, boldly putting the  trove of FBI files up for public examination:  "WRL's WIN Magazine was first to publish the complete collection of the documents in our March 1972 issue."   WRL has just put a PDF of the special issue. To download and read a PDF of this special issue click HERE. 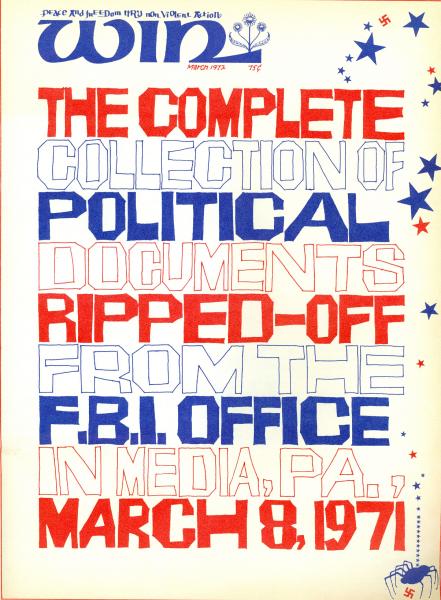