Brooklyn College and the Center for Workers Education continues to be in the news. Recently, the New York Times ran what many feel to be a "one-sided" expose on the controversy. Here John Yong, attorney for Joseph Wilson responds to the Times' story. This was previously sent to the Times, but they have refused to print it. Previously Portside ran numerous articles on the controversy. 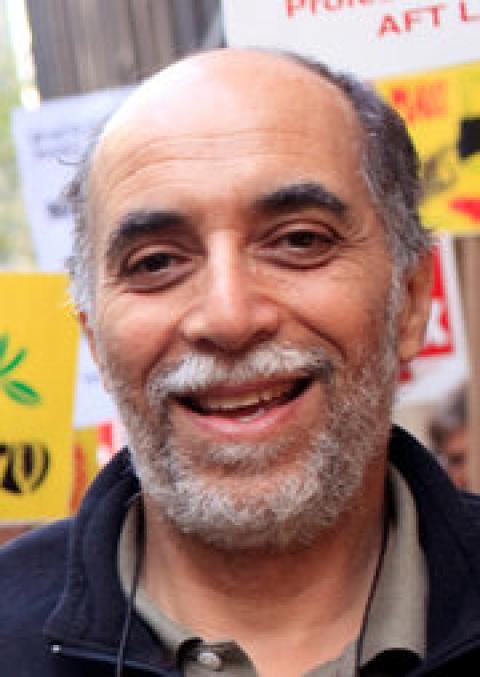 Letter Which the New York Times has Refused to Print

Even New York Times reporters are obligated to write evenhanded factual stories. The Times article did neither while supporting management's anti-labor propaganda campaign. Even as a voice of the ruling elites the Times does not have free reign to smear faculty and students with impunity.

CUNY's use of the Times' to do its dirty work against faculty and students fits a broader pattern of oppression against unions, workers, women, progressives and people of color.

Impulsively rushing to sensationalism, The Times got the facts wrong, failed to check key sources and parroted every line spun by management while overlooking documentary evidence refuting CUNY's trumped up allegations.   The Times reiteration of three year-old unfounded administrative allegations is not "news." Letters sent to the Times correcting the record went unprinted.  As renegades in our largest institutions have the ear of the strong and powerful and most remain huddled in silence, I am duty-bound to respond to correct the record.  Please read my letter.

In the service of the full exoneration of my client Professor Joseph Wilson, l am writing to clarify some of the misstatements and errors contained in Ariel Kaminer's article, while acknowledging the Times attempt at balanced coverage.

Dragging Professor Wilson in CUNY's accusatory mud, in advance of any administrative determination of his innocence in a grievance proceeding is tantamount to a public flogging, if not a lynching. This is neither due process nor justice in the public interest.

Regarding my client's compensation, the CUNY collective bargaining agreement states (Section 24.4(b)(4) ) "The specific budget and dollars allocated for summer pay would be determined locally by the College not by CUNY Central and not pursuant to an agreement between the University and PSC." Therefore Professor Wilson's compensation for summer and intersession work was fully legitimate and justified.

As for the accusations regarding book and equipment purchases, these were fully transparent and approved by CUNY. Purchases were made from a personal discretionary "in service" account provided by the University for work performed by Professor Wilson-- for his personal use--and had no relationship to Worker Education. Therefore book and equipment purchases were legitimate and violated neither law nor university policy.

The article mistakenly states that the disciplinary hearings will conclude this week. In fact, the next hearing date is currently being scheduled. The hearing process will take months if not years to administratively litigate and arbitration is the next step in this process.

As the article correctly points out, The Graduate Center for Worker Education was founded some 30 years ago. Unfortunately, what the Times and CUNY omit is that the GCWE was historically an evening graduate program. Hence, CUNY's sophistry and the sinister implication regarding evening classes, left unquestioned by the Times, is endemic of CUNY's prosecutorial incompetence: GCWE students have always been welcome from 9am to 10pm daily, and on Saturdays. Apparently neither the Times nor the CUNY prosecutor spoke to students to confirm that simple fact, or to confirm the fact of Professor Wilson's year-round availability and work ethic was characterized by external reviewers as "Herculean".

Importantly, the need to generate program revenue has been encouraged by previous administrations and is ubiquitous throughout CUNY, The GCWE worked in concert with City College, with full support of successive Brooklyn College administrations, in an era of fiscal austerity driving programs like Worker Education to be self-sufficient.

At no time during this nearly three year ordeal, were any of these charges, or the accusations that have already been abandoned, ever discussed by the CUNY administration with Professor Wilson: rather than easily resolving these issues, CUNY seeks to criminalize the faculty and its own decades-old institutional practices, wasting taxpayer's dollars in the process.

Thus a longstanding local campus feud and vendetta initiated by the political science department has escalated to a senseless disciplinary and prosecutorial folly gracing the pages of the NY Times.

CUNY's pattern of viewing and treating faculty and students like the "enemy" says more about CUNY than my client. Only when this case is brought before an independent arbitrator will my client be totally absolved and vindicated.

Unfortunately, and prematurely, the Times enters this fray without providing the context of the charges or an understanding of the contradictions within.

Moreover, if CUNY can get away with this against an accomplished, popular African American scholar and program director, stemming from a longstanding faculty feud, the arrival of the McCarthy-like corporate university is truly upon us.

An irony is that some CUNY College Presidents, apparently get hundreds of thousands in unreported extra pay. However, since 1996 my client worked for and fastidiously reported his director's income that was established and approVed by the College.

Sadly, while very aware of the racial undertones and backdrop surrounding this saga, nevertheless the article fails to acknowledge this element of the conflict as manifested in the mass purging of faculty of color and progressives and in the mistreatment of students, most of whom are woman, at the hands of faculty and administrators widely perceived as elitist and racist.

Also omitted by the Times are the numerous faculty claims and grievances pending and decided against the political science department, and the College's administration--including Professor Wilson's claims, The silence of the Times on this point represents acquiescence to management's perspective and omits the larger critical point that the only real opportunity to have the facts examined and determined by a neutral party is through arbitration.

Professor Wilson's defense is supported by the Professional Staff Congress, the faculty union. This circumstance and the PSC's statements have also been omitted in the article. In fact Professor Wilson's work and integrity has enjoyed wide and deep national and international support.

It's curious and notable that the University will provide documents and statements concerning Professor Wilson, but has not been forthcoming about its Vice President for Finance or successive presidents to whom Professor Wilson reported on budgetary matters. Thus, CUNY's assertions, innuendos and half truths, both large and small, are left unexamined by the Times.

The destruction of a once vibrant graduate program serving New York's working class at the hands of an irrationally motivated faction in the political science department, and an unpopular president who has lost the confidence of the Brooklyn College's faculty, is indeed the larger story.

When will the Times investigate the adverse actions committed by the CUNY administration against students, staff and faculty in this affair?

We only hope that the Times will devote as much coverage to my client's exoneration as it does to this litany of hyperbolic innuendo and baseless accusations.

For news and information on the ongoing struggle to save Worker Education at Brooklyn College and CUNY waged by alumni, students and faculty organized into the Committee of Concern,   See:  www.workereddefense.org

Previous Portside posts about the situation at Brooklyn College: