During Black History Month, let’s not forget the speech-stifling history of US government spying that has targeted communities of color. 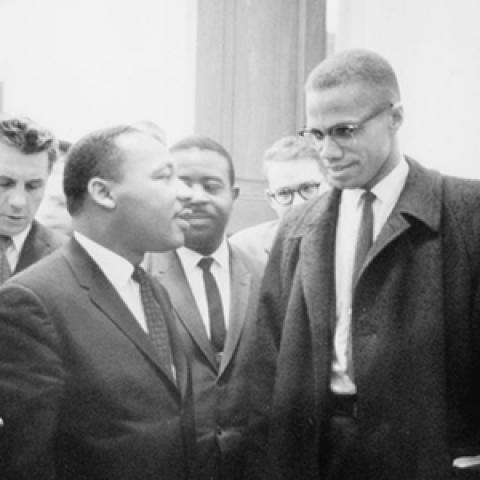 , Library of Congress via Wikimedia Commons

February is Black History Month and that history is intimately linked with surveillance by the federal government in the name of "national security."  Indeed, the history of surveillance in the African-American community plays an important role in the debate around spying today and in the calls for a congressional investigation into that surveillance. Days after the first NSA leaks emerged last June, EFF called for a new Church Committee. We mentioned that Dr. Martin Luther King, Jr., was one of the targets of the very surveillance that eventually led to the formation of the first Church Committee. This Black History Month, we should remember the many African-American activists who were targeted by intelligence agencies. Their stories serve as cautionary tales for the expanding surveillance state.

The latest revelations about surveillance are only the most recent in a string of periodic public debates around domestic spying perpetrated by the NSA, FBI, and CIA. This spying has often targeted politically unpopular groups or vulnerable communities, including anarchists, anti-war activists, communists, and civil rights leaders.

Government surveillance programs, most infamously the FBI’s “COINTELPRO”, targeted Black Americans fighting against segregation and structural racism in the 1950s and 60s. COINTELPRO,  short for Counter Intelligence Program, was started in 1956 by the FBI and continued until 1971. The program was a systemic attempt to infiltrate, spy on, and disrupt activists in the name of “national security.” While it initially focused on the Communist Party, in the 1960s its focus expanded to include a wide swathe of activists, with a strong focus on the Black Panther Party and civil rights leaders such as Dr. Martin Luther King, Jr.

FBI papers show that in 1962 “the FBI started and rapidly continued to gravitate toward Dr. King.” This was ostensibly because the FBI believed black organizing was being influenced by communism. In 1963 FBI Assistant Director William Sullivan recommended “increased coverage of communist influence on the Negro.” However, the FBI’s goal in targeting Dr. King was clear: to find “avenues of approach aimed at neutralizing King as an effective Negro leader,” because the FBI was concerned that he might become a “messiah.”

The FBI subjected Dr. King to a variety of tactics, including bugging his hotel rooms, photographic surveillance, and physical observation of King’s movements by FBI agents. The FBI's actions went beyond spying on Dr. King, however. Using information gained from that surveillance, the FBI sent him anonymous letters  attempting to “blackmail him into suicide.” The agency also attempted to break up his marriage  by sending selectively edited “personal moments he shared with friends and women” to his wife.

The FBI also specifically targeted the Black Panther Party with the intention of destroying it. They infiltrated the Party with informants and subjected members to repeated interviews. Agents sent anonymous letters encouraging violence  between street gangs and the Panthers in various cities, which resulted in “the killings of four BPP members and numerous beatings and shootings,” as well as letters sowing internal dissension in the Panther Party. The agency also worked with police departments to harass local branches of the Party through raids and vehicle stops. In one of the most disturbing examples of this, the FBI provided information to the Chicago Police Department that aided in a raid on BPP leader Fred Hampton’s apartment. The raid ended with the Chicago Police shooting Hampton dead.

The FBI was not alone in targeting civil rights leaders. The NSA also engaged in domestic spying that included Dr. King. In an eerily prescient statement, Senator Walter Mondale said he was concerned that the NSA “could be used by President 'A' in the future to spy upon the American people, to chill and interrupt political dissent.”

The Church Committee was created in response to these and other public scandals, and was charged with getting to the bottom of the government's surveillance overreach. In response to its findings, Congress passed new laws to provide privacy safeguards, including the Foreign Intelligence Surveillance Act. But ever since these safeguards were put in place, the intelligence community has tried to weaken or operate around them. The NSA revelations show the urgent need to reform the laws governing surveillance and to rein in the intelligence community.

Today we’re responding to those domestic surveillance abuses by an unrestrained intelligence branch. The overreach we’ve seen in the past underscores the need for reform. Especially during Black History Month, let’s not forget the speech-stifling history of US government spying that has targeted communities of color.