Is America Evolving on Evolution?

As we celebrate Darwin’s birthday on February 12, there is some positive news about Americans’ views 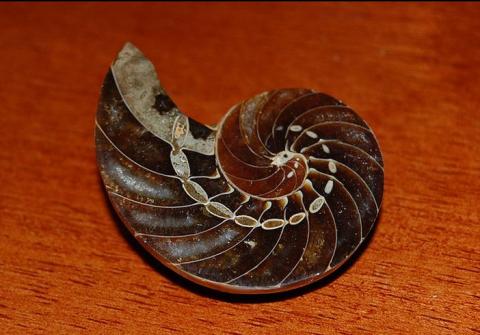 For the scientific community, the release of public polls on contentious questions of science usually makes us feel like Bill Murray’s character in the film Groundhog Day.  As in each repeating day in Punxsutawney, each new poll asks the same questions and gets the same discouraging answers. And news outlets produce the same stories about the large percentage of Americans who reject evolution or climate change or believe in UFOs or ghosts.

We scientists just shake our heads, shrug off a few incredulous remarks from foreign colleagues and accept that the dark winter continues.

At first glance, the latest iteration kept to the script. On December 30, 2013, The Pew Research Center released the results of a new survey of American attitudes toward evolution. The resulting news stories reported that the overall acceptance of the idea that humans have evolved remained steady at about 60 percent. Most coverage highlighted that the divide between Democrats and Republicans about human evolution had widened to a 24–percentage point margin (67 percent of Democrats accept that humans evolved versus 43 percent of Republicans) from just a 10-point margin in 2009.

But beyond the continuing bad news from the culture war front, some of my colleagues and I detected a bit of good news in the Pew study that went largely unreported. The Pew researchers parsed the data not only by party affiliation, but by age. Those numbers were not only interesting but—dare I say it—encouraging. The 60 percent level of acceptance of human evolution includes all adults. But digging into particular age groups reveals that, whereas acceptance is significantly lower in adults older than 65 (49 percent), it is significantly higher in younger adults, between 18 and 29 (68 percent), with other age groups close to the national average.

To me as an evolutionary biologist, that demographic gap suggests that American attitudes about evolution just might be evolving, and for the better.

In the evolutionary process a trait expands through a population when individuals possessing it survive longer and reproduce more than do those lacking the trait. Younger adults will survive much longer and reproduce much more than will today’s older adults. Assuming that younger Americans—and their children—continue the trend toward greater acceptance, we can expect the overall level of acceptance of evolution in America to increase over time as the older, less accepting generations pass.

The Pew study did not explore directly why the millennial generation is more accepting of evolution or less accepting of the opposite view that humans have always existed in their present form. One factor among younger adults may be their attitudes toward traditional religious ideas. The highest level of acceptance of evolution and the lowest level of belief that humans were recently created are found among the religiously unaffiliated. An earlier Pew survey revealed a very high proportion of nonbelievers and unaffiliated persons among millennials.

But an additional possibility that we in the science education profession would like to entertain is that today’s young-adult generation has received the most and best information about evolution. The last few decades have been a golden era for evolutionary science, from discoveries in the fossil record to the mining of DNA to reveal how evolution works at the molecular level. And over the past decade the concerted efforts of various academic and scientific organizations have led to greater emphasis in textbooks and curricula on the central place of evolution in understanding life.

Regardless of specific contributing factors, increasing acceptance of evolution is crucial. The 21st century has been dubbed “the biology century,” in recognition that many of the increasing world population’s most difficult challenges—food, water, energy, medicine—will be addressed through the biological sciences. And a proper interpretation of biological data can only be achieved through a unifying evolutionary perspective.

An understanding and consideration of evolution is also vital for grappling with that other most politically contentious scientific issue—climate change. Three and a half billion years of life’s history has taught us one inescapable truth: as Earth changes, life changes along with it. In a world rapidly undergoing many kinds of environmental transformations due to human activity, our ability to understand, predict and manage the effects on humanity’s life-support systems will be more than an academic matter.

How long will we remain in denial about climate change? A gap similar to the one between younger and older adults about evolution exists concerning the evidence for, seriousness of, and human role in global warming (pdf). We have not caught up yet with the level of concern in the rest of the world, but perhaps the coming generations will.

And that might make for a new day at last in Punxsutawney.

ABOUT THE AUTHOR(S)
Sean B. Carroll heads the Department of Science Education at the Howard Hughes Medical Institute in Chevy Chase, Md., and is an evolutionary biologist at the University of Wisconsin–Madison.