In a move expected to draw harsh opposition from the business community, President Obama will use his executive authority to push changes in overtime law so that millions of workers who are now exempt will be eligible for premium rates when working more than 40 hours per week. 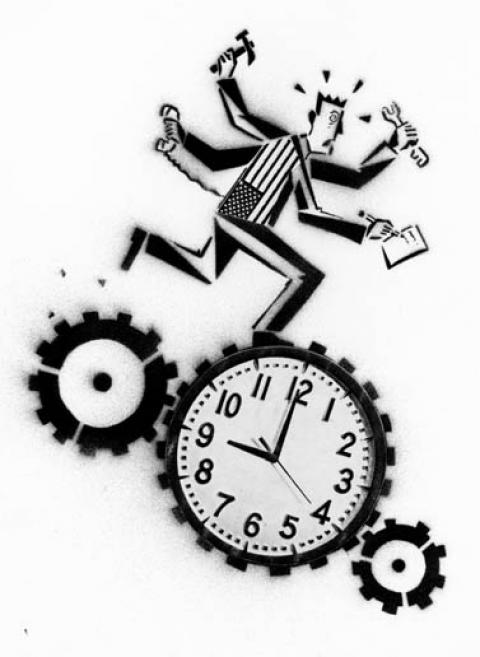 WASHINGTON — President Obama this week will seek to force American businesses to pay more overtime to millions of workers, the latest move by his administration to confront corporations that have had soaring profits even as wages have stagnated.

On Thursday, the president will direct the Labor Department to revamp its regulations to require overtime pay for several million additional fast-food managers, loan officers, computer technicians and others whom many businesses currently classify as “executive or professional” employees to avoid paying them overtime, according to White House officials briefed on the announcement.

Mr. Obama’s decision to use his executive authority to change the nation’s overtime rules is likely to be seen as a challenge to Republicans in Congress, who have already blocked most of the president’s economic agenda and have said they intend to fight his proposal to raise the federal minimum wage to $10.10 per hour from $7.25.

Mr. Obama’s action is certain to anger the business lobby in Washington, which has long fought for maximum flexibility for companies in paying overtime.

Conservatives criticized Mr. Obama’s impending action. “There’s no such thing as a free lunch,” said Daniel Mitchell, a senior fellow with the Cato Institute, who warned that employers might cut pay or use fewer workers. “If they push through something to make a certain class of workers more expensive, something will happen to adjust.”

Marc Freedman, the executive director of labor law policy for the U.S. Chamber of Commerce, said the nation’s overtime regulations “affect a very wide cross section of employers and our members.”

“I expect this is an area we will be very much engaged in,” Mr. Freedman said.

Mr. Obama’s authority to act comes from his ability as president to revise the rules that carry out the Fair Labor Standards Act, which Congress originally passed in 1938. Mr. Bush and previous presidents used similar tactics at times to work around opponents in Congress.

The proposed new regulations would increase the number of people who qualify for overtime and continue Mr. Obama’s fight against what he says is a crisis of economic inequality in the country. Changes to the regulations will be subject to public comment before final approval by the Labor Department, and it is possible that strong opposition could cause Mr. Obama to scale back his proposal.