US Lawmakers Must End Efforts to Curb Free Speech on Palestine

I remain forever hopeful that, like the nonviolent efforts that have preceded it, the BDS movement will ultimately become a catalyst for honest peace and reconciliation for all our brothers and sisters, both Palestinian and Israeli, in the Holy Land. 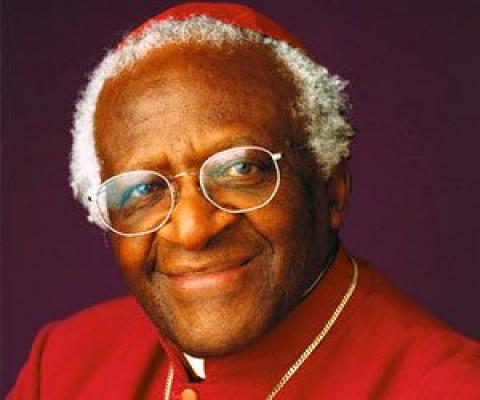 Archbishop Emeritus of Cape Town Desmond Tutu, a legendary figure in the struggle against apartheid in South Africa, issued this   statement on 2 April 2014 condemning escalating legislative efforts in the United States to curb freedom of speech and ostracize those who support justice in Palestine.South African Nobel laureate Desmond Tutu addresses the European Development Days conference in Brussels, November 17, 2006. (REUTERS/Yves Herman)

I am writing today to express grave concern about a wave of legislative measures in the United States aimed at punishing and intimidating those who speak their conscience and challenge the human rights violations endured by the Palestinian people. In legislatures in Maryland, New York, Illinois, Florida, and even the United States Congress, bills have been proposed that would either bar funding to academic associations or seek to malign those who have taken a stand against the Israeli occupation of Palestine.

I have supported this movement because it exerts pressure without violence on the State of Israel to create lasting peace for the citizens of Israel and Palestine, peace which most citizens crave. I have witnessed the systematic violence against and humiliation of Palestinian men, women and children by members of the Israeli security forces. Their humiliation and pain is all too familiar to us South Africans.

In South Africa, we could not have achieved our democracy without the help of people around the world, who through the use of non-violent means, such as boycotts and divestment, encouraged their governments and other corporate actors to reverse decades-long support for the Apartheid regime. My conscience compels me to stand with the Palestinians as they seek to use the same tactics of non-violence to further their efforts to end the oppression associated with the Israeli occupation.

The legislations being proposed in the United States would have made participation in a movement like the one that ended Apartheid in South Africa extremely difficult.

I am also deeply troubled by the rhetoric associated with the promulgation of these bills which I understand, in the instance of Maryland, included testimony comparing the boycott to the actions of the Nazis in Germany. The Nazi Holocaust which resulted in the extermination of millions of Jews is a crime of monstrous proportions. To imply that it is in any way comparable to a nonviolent initiative diminishes the horrific nature of that genocidal and tragic era in our world history.

Whether used in South Africa, the US South, or India, boycotts have resulted in a transformative change that not only brought freedom and justice to the victims but also peace and reconciliation for the oppressors. I strongly oppose any piece of legislation meant to punish or deter individuals from pursuing this transformative aspiration. And I remain forever hopeful that, like the nonviolent efforts that have preceded it, the BDS movement will ultimately become a catalyst for honest peace and reconciliation for all our brothers and sisters, both Palestinian and Israeli, in the Holy Land.