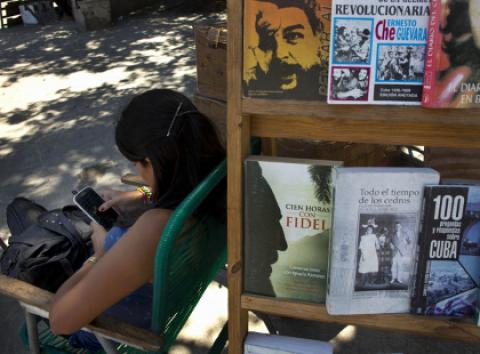 Mark Zuckerberg, co-founder and chief executive of Facebook, announced on Thursday that the company was creating a new lab of up to 50 aeronautics experts and space scientists to figure out how to beam Internet access down from solar-powered drones and other "connectivity aircraft."

The lab is part of Mr. Zuckerberg's ambitious Internet.org project to bring the Internet to the two-thirds of the world's population without Internet access. With partners like Qualcomm and Nokia, Facebook is working on technology to compress Internet data, cut the cost of mobile phones and extend connections to people who can't afford them or live in places that are too difficult to reach.

Farmers from across the nation gathered in Washington in March for what has become an annual trek to seek action on the most important matters in American agriculture, such as immigration reform and water regulations. But this time, a new, more shadowy issue also emerged: growing unease about how the largest seed companies are gathering vast amount of data from sensors on tractors, combines and other farm equipment. The increasingly common sensors measure soil conditions, seeding rates, crop yields and many other variables.

The involvement of the American Farm Bureau, the nation's largest and most prominent farming organization, illustrates how agriculture is cautiously entering a new era in which raw planting data holds both the promise of higher yields and the peril that the information could be hacked or exploited by corporations or government agencies.

The industry's biggest brands have offered assurances that all information will be closely guarded. But farmers are serving notice in Washington that the federal government might need to become involved in yet another debate over electronic security and privacy.

New drone technology that can steal the contents of your smartphone is being presented at next week's Black Hat Asia cybersecurity conference in Singapore, reports CNN.com.

The "Snoopy" drone can access mobile devices with Wi-Fi settings turned on, taking advantage of a built-in feature on smartphones and tablets that looks for previous networks when a device tries to connect to the Internet. Snoopy will send back a fake signal disguised as a trusted network and intercept everything being sent and received including sites visited, credit card information, location data, usernames and passwords.

CNN Money took Snoopy out for a spin in London on a Saturday afternoon in March and in less than an hour of flying, we obtained network names and GPS coordinates for about 150 mobile devices. While the collection of metadata (network names and device IDs) is not illegal, intercepting personal data with the intent of using it would likely violate wiretapping and identity theft laws, according to the Electronic Frontier Foundation.

An eye-catching A.P. story, published Thursday, revealed that, in 2010, the United States Agency for International Development (U.S.A.I.D.) covertly deployed a social-media program in Cuba in the hope of bringing about a Cuban Spring. The network, called ZunZuneo, was offered to Cubans via the country's mobile-phone network as a free text service, and attracted forty thousand subscribers before mysteriously ending operations in 2012. The contractors who ran the program are said to have concealed its U.S.-government origins via an offshore system of front companies and foreign servers, and to have collected data on subscribers' "political tendencies" and "receptiveness," among other useful information.

Quite apart from the rights or wrongs of the U.S. government using commercial social media for espionage or to organize political subversion in Cuba, the case presents another troubling issue: ZunZuneo was being run through a private operator, a firm called Mobile Accord, that had won a financial contract from the U.S. government. This is consistent with a growing pattern in recent years, in which implementation of the most sensitive aspects of American security policy is increasingly handed over to contractors who are working for money, not necessarily for philosophical or even patriotic reasons.

The public debate over our government's surveillance programs has reached remarkable heights since the first set of NSA disclosures in June 2013 based on documents leaked by Edward Snowden. Since then, additional disclosures by both the press and government have illuminated our government's vast and invasive surveillance apparatus. These documents stand as primary source evidence of our government's interpretation of its authority to engage in sweeping surveillance activities at home and abroad, and how it carries out that surveillance. The ACLU hopes to facilitate this debate by making these documents more easily accessible and understandable. Toward that end, today we are launching the NSA Documents Database. https://www.aclu.org/nsa-documents-search

This tool will be an up-to-date, complete collection of previously secret NSA documents made public since last June. The database is designed to be easily searchable - by title, category, or content - so that the public, researchers, and journalists can readily home in on the information they are looking for.

Gender inequality among journalists is evident across all media outlets and all issues. Men receive 63% of byline credits in print, Internet and wire news.

We examined 20 of the most widely circulated, read, viewed and listened to U.S. based TV networks, newspapers, news wires and online news sites. The research findings tell a stark story about where women stand across every platform in the 24/7 news cycle.

Our conclusion: American media have exceedingly more distance to travel on the road to gender-blind parity. Read the full report, and check out the infographic.