Out-of-Control Transit Costs in Boston or Attack on Public Services? 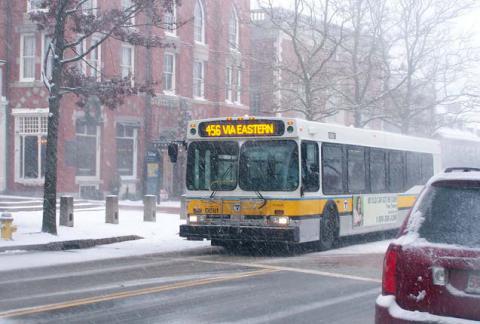 ALEC affiliate Pioneer Institute is targeting both Massachusetts Sen. Marc Pacheco and the Massachusetts Bay Transit Authority. They must be doing something right.

The Pioneer Institute - an affiliate of the far-right State Policy Network - marshals its statistical "evidence" in a way that shows accurate fact-finding is not its goal.

Pioneer Wants to Take Us for a Ride

According to Craig Hughes, secretary-treasurer and organizer of the International Association of Machinists and Aerospace Workers Local Lodge 264, size matters when it comes to transportation systems because size leads to greater complexity. Read more here