Organized Labor, Public Banks and the Grassroots: Keys to a Worker-Owned Economy

May 5, 2014 Matt Stannard Nation of Change
Printer friendly
Organized Labor, Public Banks and the Grassroots: Keys to a Worker-Owned Economy Published May 5, 2014 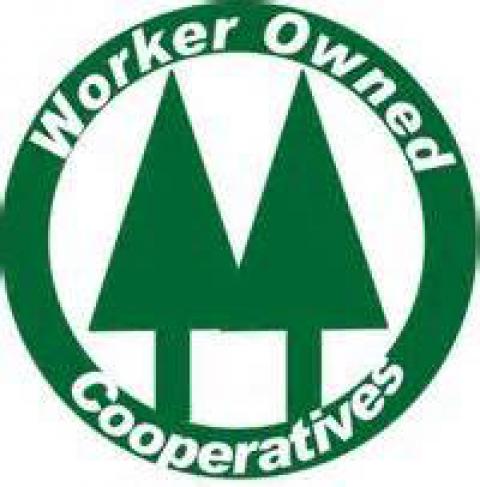 Before his death in February, Jackson Mississippi Mayor Chokwe Lumumba was helping his constituents chart an economic plan whose main component was worker-owned cooperatives. In her recent article about Lumumba and cooperatives, Laura Flanders cites Collective Courage author Jessica Gordon Nembhard’s point that African-American leaders from Marcus Garvey to W.E.B. DuBois were proponents of cooperatives. DuBois, Garvey and Lumumba understood that worker democracy was necessary for economic sovereignty and community solidarity.

For Richard Wolff, whose most recent book is Democracy at Work: A Cure for Capitalism, this time-honored form is also the key to arenewed movement for economic democracy. For Wolff, a synergy of labor and the left around worker-owned cooperatives promises to be an “unapologetically anticapitalist” strategy, challenging “the essence of the capitalist organization of production—the employer-employee relationship” and reshaping it in an egalitarian fashion.

And it’s a cause more and more people on the economic periphery – and their allies in economic justice movements – are taking up. More workers are taking the plunge, too, from solar energy co-ops that provide infrastructure for renewable energy, to the 25 worker cooperatives in Queens, including the newly formed Pa’lante Green Cleaning. Here, people committed to a new economy are practicing and preaching to, as Wolff puts it, “take over the enterprise,” bypass Wall Street and economic oligarchy, and build new economic structures either in defiance of, or alongside, old ones.

In this process of consciousness-building and actual implementation, proponents of worker-owned cooperatives can build solidarity with three potential allies. To some extent, these bridges have already been built, but the movement must step up its focus on each. The movement for worker-owned cooperatives needs organized labor’s insistence on the identity and interests of workers as workers; it needs public banking’s ability to democratize the financial (and not merely the economic) public sphere; and it needs an army of bright, creative humans left out in the cold by the capitalist economy to truly populate the new economy and make it a mass movement.

For momentum to pick up on worker ownership, supporters need to:

Workers have won some important battles since 2008. These upsurges – “working-class mini-revolts” as Jeremy Brecher recently called them – include uprisings in Wisconsin, immigrant rights demonstrations, the struggle for public education in Chicago, “strikes of retail, fast food, and other low-wage workers,” the Occupy movement, and other demonstrations of solidarity where bosses and cops were, to varying degrees, pushed back on their heels.

In another article, Amien Essif lists the winning of contracts for Californian carwashers, Walmart workers winning raises, and Seatac workers securing $15.00 wages in Washington State. Unionizing as an option for exploited college athletes suggests that the path of worker solidarity may be expandable to spheres where the exploitation of labor has previously been kept opaque.

I asked Richard Wolff whether these recent victories suggested anything significant about the position of labor in capitalism, or in the search for alternatives to capitalism. His take was mixed. The victories, he said, do little to alter “the defensive decline that remains organized labor's basic social position.” Wolff pointed out that his own group, Democracy at Work, “is in discussions with certain unions about implementing [a worker cooperative] strategy.” But what remains, he added, is to overcome unions’ “anxiety about collective action among its own members, let alone with others.”

Overcoming that hesitation is vital. When unions play by the rules of corporate capitalism, they start every negotiation from a position of structural weakness. Capital is mobile and can always move somewhere else. While internationalization of the economic justice struggle would solve that weakness, the process is too long-term and tied up with the endless complications of geopolitics and capital-influenced policymaking.

Worker cooperatives were an important part of early union struggles, particularly when labor was losing the battles. Union activists would champion worker-owned cooperatives in response to defeats for labor in conventional industrial workplaces. In the late 1800s, cooperatives in New York, from Troy to Brooklyn, thrived.

A hundred years later, cooperatives like Collective Copies and Maryland Brush Company similarly formed in the wake of labor defeats or business closures. John Clay mentions several historical instances of unions and worker cooperatives synergizing, from 1870s Knights of Labor campaigns to efforts by New York home care cooperatives in the 1980s and beyond.

Overtures and initial partnerships have characterized the relationship between cooperatives and unions for the last several years, certainly through the recession. United Steelworkers initiated discussions with the Mondragon Cooperatives in 2009, while the American Federation of State, County and Municipal Employees (AFSCME) facilitates discussions about cooperatives as alternatives to privatization, and organizations in Detroit, Cleveland, Cincinnati and elsewhere launch union cooperatives regularly.

Barriers in attitude still exist. Union rank-and-file may be skeptical of the seemingly unconventional economic and cultural values of cooperative supporters, and workers in cooperatives may believe they don’t need unions since they have a voice in running their own enterprises.

But overcoming those barriers is mutually beneficial. As John Clay points out, union partnership adds financial resources and community support, increased worker benefits, and an ally when the cooperative model is under attack by retrograde capitalists. And proponents of cooperatives need union leadership to check what one activist has called “the inherent capitalist tendency of individual cooperative businesses” through sustained worker solidarity – which will link workers across various cooperatives.

This may even address some, though probably not all, of the criticism from the sectarian left that cooperatives have to play on a market-capitalist field. In any case, it’s the key for a truly working class path away from the dominance of big capital in our economic relationships, and there is presently no alternative to joint efforts by unions and proponents of cooperatives to build new forms of workplace organization.

2. Invite the public finance movement to fund the new economy

Over the past year, the public banking movement's list of endorsers has grown exponentially. Economist Richard Wolff and journalistsMatt Taibbi and Chris Hedges are on board. And activists signing onto the Detroit Statement, published by the Public Banking Institute last month, include Wolff and Hedges along with Margaret Flowers, Gar Alperovitz, Kevin Zeese, Norman Solomon, the Metro-Detroit Chapter of the Coalition of Labor Union Women, Detroiters Resisting Emergency Management, and dozens of other individuals and organizations. A town meeting initiative in Vermont revealed overwhelming support for public banking, and more than 20 other states are advancing similar proposals.

Public banks need to be part of the equation because they can finance egalitarian projects. Worker-owned cooperatives need to emerge where private sector businesses and public services have failed to deliver to communities. But that can’t happen when worker enterprises – unlikely to be populated by deep-pocketed investors or workers full of personal wealth – lack credit for start-up costs, occasional losses and rough patches, or equipment upgrades.

Big banks aren’t even lending to conventional small businesses, so there is little reason to suspect they’ll extend credit to worker-owned cooperatives. And the cooperatives wouldn’t want the big banks’ credit, with their devastating interest rates, even if they could get it. Just as they kill municipalities, big banks kill small businesses. Public finance, on the other hand, is a natural ally of the worker-owned cooperative. Public banks can give much-needed credit to cooperatives, even structuring their charters to uniquely serve democratically-run businesses, or partnering with municipalities to sustain networks of cooperative businesses.

Banks themselves can be worker-owned cooperatives. That’s why organizations like the Center for Workplace Democracy and theNew Economy Working Group are beginning to include public banking on their discussion agendas. This movement must continue to grow, because sustainable sources of financing are integral to the creation and maintenance of sustainable workplace democracies.

3. Organize the restless to build a mass movement

The third set of critical allies of worker-owned cooperatives are those who have the potential to run them, and run them well: millions of smart, well-educated workers whose dreams have been put on hold through student debt and the contracting capitalist economy. Worker-owned cooperatives can put people to work, building sustainable businesses full of worker-owners who think outside of the box. The cooperative movement can thus create an entirely new culture of work, and with it, sustainable employment practices – flexibility that doesn't penalize the worker, but enhances the opportunity for worker self-management and collective collaboration, and the synthesis of workplace and community space.

Of the millions of Americans who will benefit from this security and creative space, most have been pushed into low-wage jobs, chaotic self-employment, or higher wage jobs helping exploit other workers. According to a report released this week by the National Employment Law Project, low-wage job creation has outstripped growth in better jobs throughout the current “recovery,” with educators and government workers experiencing disproportionate job loss, and private sector absorption of those jobs forcing wages down for everyone.

While “professional” job growth accounted for 9.4% of private sector growth, that's lower than in past recoveries. Wages remain low for educators and health professionals. And above all, there are 35 million people out of work in the United States today in an economy that simply cannot expand enough to accommodate more than a small fraction of that reserve army in the best-case scenario.

Activists and organizers of a new economic paradigm should see each and every one of those people as potential co-creators of a new economic democracy. They should look for opportunities to publicize the benefits of local, sustainable, low-cost worker-run enterprises, encourage communities to fund multiple new businesses and lobby municipalities with empty downtowns to open storefront public-private worker-owned partnership firms. Unions, which have lately learned how to start organizing everybody, and economic justice advocates need to reach out to the unemployed and underemployed “indentured educated class”, a source of untapped energy and creativity in the building of a new economy.

In Bolivia, workers have been authorized since October of 2013 to establish “social enterprises” in businesses that go bankrupt or are abandoned by bosses. Hundreds of workplaces have similarly been taken over in Argentina. More recently, workers in Greece took over a factory. American workers joined this movement when Republic Windows and Doors was taken over in 2012 by laid-off workers in Chicago.

These struggles can transform communities and spur further takeover efforts. Worker-owned cooperatives, long a theoretical model of economic revolution, can also become a rallying cry, winning over millions of adherents who have the drive and work ethic to make a sustainable economy work, but lack the resources promised to them by mainstream economics.

Face-to-face organizing and grassroots agitation is necessary to build mass consciousness about worker democracy. Although groups like the U.S. Federation of Worker Cooperatives and the American Sustainable Business Council occasionally gain the ears of elected officials (mostly in the Democratic Party), history demonstrates that conventional political support for alternative economic arrangements is fickle and inconsistent. What is needed, as Wolff reminds us, is a radical transformation from profit-driven business models to “macro-level goals” like economic planning, social welfare and income equality. Since we know that worker cooperatives, public finance and community building all work where they are allowed to work, we have living examples to offer the millions of potential recruits currently marginalized by corporate capitalism.

This article was published at NationofChange. All rights are reserved.